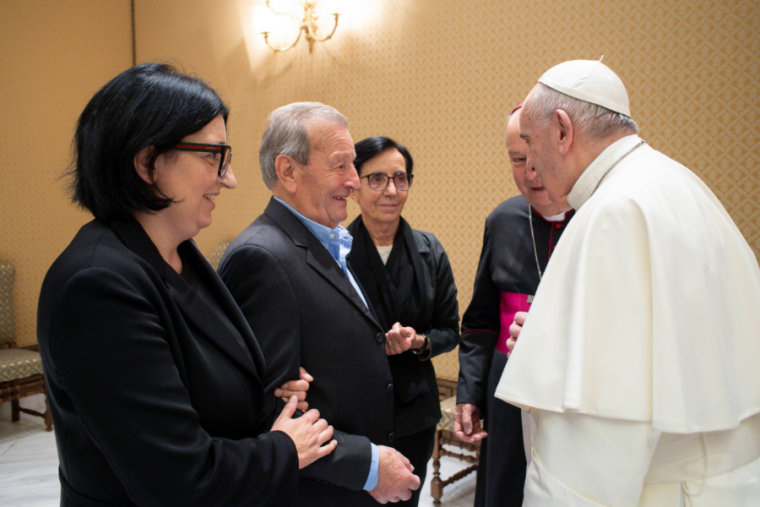 Pope Francis met with the parents of a slain Italian priest before thegeneral audience Wednesday.

The pope referred to the meeting with the family of Fr. Roberto Malgesini during his general audience address Oct. 14 in the Paul VI Audience Hall at the Vatican.

Hesaid: “Before entering the Hall, I met the parents of that priest of the Diocese of Como who was killed: he was killed precisely in his service to others. The tears of those parents are their own tears, and each one of them knows how much he or she has suffered in seeing this son who gave his life in service to the poor.”

He continued: “When we want to console somebody, we cannot find the words. Why? Because we cannot arrive at his or her pain, because her sorrows are her own, his tears are his own. The same is true of us: the tears, the sorrow, the tears are mine, and with these tears, with this sorrow I turn to the Lord.”

Malgesini, who was known for his care for the homeless and migrants, wasstabbed to deathSept. 15 in the northern Italian city of Como.

The day following Malgesini’s death, Pope Francissaid: “I praise God for the witness, that is, for the martyrdom, of this witness of charity towards the poorest.”

The pope noted that the priest had been killed “by a person in need whom he himself helped, a person with a mental illness.”

Bishop Oscar Cantoni of Como was also present at the meeting with the pope and Malgesini’s parents.