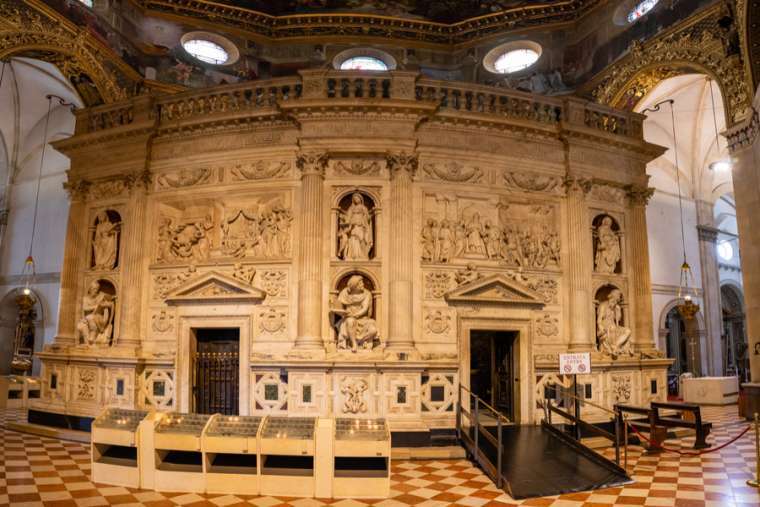 Pope Francis has approved the extension of the Jubilee Year of Loreto to 2021.

The decision was announced Aug. 14 by Archbishop Fabio Dal Cin, the prelate of the Shrine of Our Lady of Loreto, Italy, after the recitation of the rosary on the Vigil of the Assumption.

The jubilee year, which began Dec. 8, 2019, marks the 100th anniversary of the official proclamation of Our Lady of Loreto as the patroness of pilots and air passengers. The jubilee was due to end Dec. 10 this year, the feast of Our Lady of Loreto, but will now run until Dec. 10, 2021, because of disruption due to the coronavirus crisis.

According to the official jubilee yearwebsite, Dal Cin described the gesture as a “great gift” for those connected to aviation, as well as devotees of Our Lady of Loreto.

“In this difficult time for humanity, Holy Mother Church gives us another 12 months to start afresh from Christ, letting us be accompanied by Mary, a sign of consolation and sure hope for all,” he said.

The extension was authorised by a decree issued by the Apostolic Penitentiary, the dicastery of the Roman Curia that oversees indulgences, and signed by the Major Penitentiary, Cardinal Mauro Piacenza, and the Regent, Msgr. Krzysztof Józef Nykiel.

According to tradition, the Holy House of Mary was transported by angels from the Holy Land to the Italian hill town overlooking the Adriatic Sea. Due to this connection with flight, Pope Benedict XV declared Our Lady of Loreto patroness of aviators in March 1920.

The jubilee began last December with the opening of the Holy Door at the Basilica of the Holy House in Loreto, in the presence of Vatican secretary of state Cardinal Pietro Parolin.

Catholics visiting the basilica during the jubilee can obtain a plenary indulgence under the usual conditions.

A plenary indulgence requires an individual to be in the state of grace and have complete detachment from sin. The person must also sacramentally confess their sins and receive Communion, and pray for the pope’s intentions.

The indulgence is also available to Catholics visiting other shrines dedicated to Our Lady of Loreto, as well as chapels in civil and military airports, where the local bishop has requested it.

There is an officialhymnfor the jubilee year, by composer Msgr. Marco Frisina, as well as an officialprayerandlogo.

Dal Cin said that the extension of the jubilee year was the latest in a series of acts by Pope Francis highlighting the devotion to Our Lady of Loreto.

“In this year, the Holy Father has repeatedly expressed his closeness to the Shrine of the Holy House: in his visit on March 25, 2019, when he signed the apostolic exhortation to young people,Christus vivit; in the concession and extension of the Jubilee Year of Loreto; in theinscriptionon Dec. 10 in the Roman Calendar of the optional memorial of the Blessed Virgin of Loreto; and finally with the inclusion in the Litany of Loreto ofthree new invocations, ‘Mater Misericordiae,’ ‘Mater Spei.’ and ‘Solacium migrantium.’”