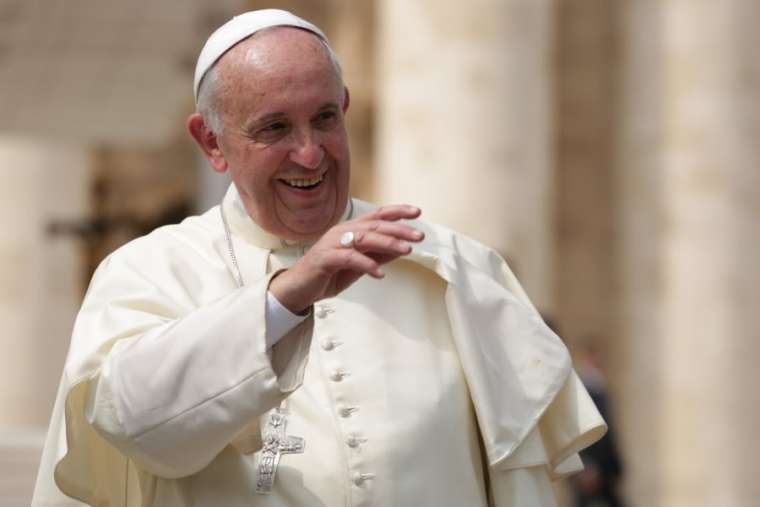 Pope Francis has made a surprise donation to struggling poultry workers in Italy.

The regional newspaper Il Quotidiano del MolisereportedSept. 18 that the pope donated 10,000 euros (almost $12,000) after he heard about the plight of the employees in Bojano, a town in the province of Campobasso in south-central Italy.

Fr. Alberto Conti, director of Caritas in the Diocese of Trivento, explained that the pope was moved when he heard that 273 workers facean uncertain future as a government subsidy that they are currently receiving is due to expire in November.

Writing in Il Quotidiano del Molise, Conti recalled that before he asked the pope to give him a blessing, he asked him to pray for the workers, who fear they will be unemployed after November. He told him that they had appealed to both the diocesan and national branches of Caritas for help.

“The Holy Father asked me: ‘Do you have any way to helpthem?’ I replied: ‘Holy Father, there are 273 families and they ask first of all for the right to work. But we will do what we can to stay close to them,’” Conti said.

“The pope got up and went out of the small room where we were. He returned after a few minutes and behind him came his young secretary, who handed him an envelope that he placed in my hands. I immediately grasped that it was an offering, and I must therefore have seemed embarrassed, because, with great simplicity, he encouraged me, exhorting me: ‘Take it, take it.’”

“When I got out in the car, I opened the envelope and discovered that the Holy Father had wanted to donate 10,000 euros to those workers in difficulty I had just told him about.”

Conti said that after consulting with Bishop Claudio Palumbo of Trivento he decided to use the gift to buy educational materials for the workers’ children.

He said that when times were difficult culture, education and the training of young people were alwaysthe first things to lose out.

“They must instead be defended because they represent the only weapon of peace that the most needy possess to improve their conditions, to grow as people, to help the development of the region and therefore the good of all,” Contiwrote.