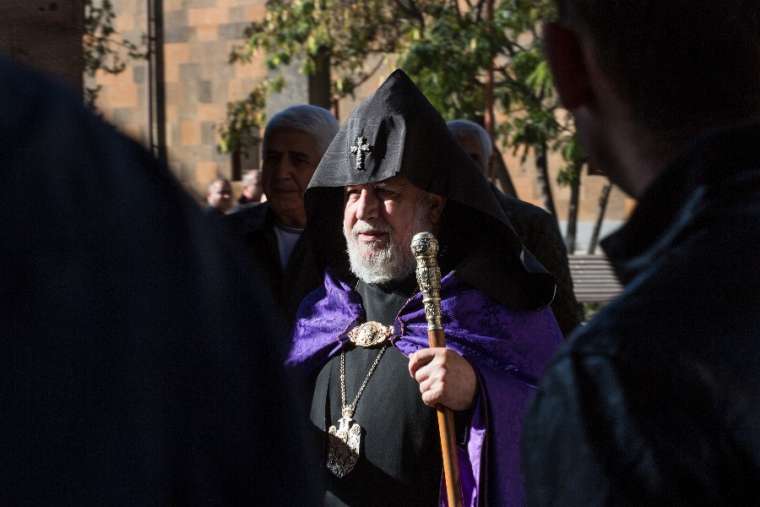 Nagorno-Karabakh is an area internationally recognized as belonging to Azerbaijan but controlled by ethnic Armenians. Conflict over the enclave, which eruptedinto warfrom 1988 to 1994,has grown in recent months, with Turkey declaring support for Azerbaijan and other states calling for a diplomatic resolution.

With new fighting at the border during the night of Sept. 26-27, Karekin II,known as the Catholicos of All Armenians,asked to move up his meeting with Pope Francis. The two met a day early, on the morning of Sept. 27, before the pope’s weekly Angelus address.

The focus of the approximately 40-minute meeting was the Nagorno-Karabakh conflict?, according to ACI Stampa, CNA’s partner agency, which spoke to Catholicos Karekin II before he left Rome Sept. 27.

“The pope expressed his concern and his pain. He also informed us that in his message at the Angelus he would reflect on the situation, which he then did,” Karekin II told ACI Stampa.

“I asked my beloved brother Francis to raise his voice so that justice and peace are restored,” he continued. “The meeting was very cordial, as always in the past, and we ended it by praying together for the restoration of peace.”

It was the sixth meeting between Pope Francis and the supreme head of the Armenian Apostolic Church.

He had to cancel planned meetings with Cardinal Leonardo Sandri, prefect of the Congregation for Eastern Churches, and Cardinal Kurt Koch, presidentof the Pontifical Council for the Promotion of Christian Unity, scheduled for Sept. 28.

He said he hada good relationship with both offices.

The Armenian Apostolic Church regards the apostles Bartholomew and Thaddeus as its founders. The Kingdom of Armenia became the first state to adopt Christianity as its official religion in the fourth century.

The Armenian Apostolic Church has an estimated nine million members worldwide, including around 97% of the almost three million people living in Armenia. It isone of six churches belonging to the Oriental Orthodox communion.

During a visit to Armenia in 2016, Pope Francis reiterated his desire for“full unity”with theArmenian Apostolic Church.

“I ask the parties to the conflict to make concrete gestures of goodwill and brotherhood, which can lead to solving problems not with the use of force and arms, but through dialogue and negotiation,” he said.

This was Francis’ second appeal for the region, after hesaidhe was praying for the victims of clashes and their families following the Angelus July 19.