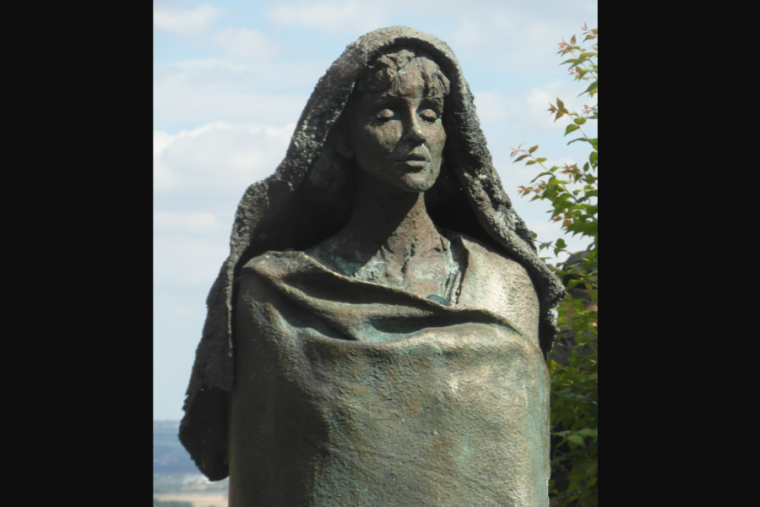 Pope Francis hailed the “great” Doctor of the Church St. Hildegard of Bingen in a message to a Vatican women’s group issued Thursday.

In themessagereleased Oct. 8, the pope compared the 12th-century visionary to St. Francis of Assisi, the inspiration for hisnew encyclical, “Fratelli tutti.”

“Like St. Francis of Assisi, she composed a harmonious hymn in which she celebrated and praised the Lord of and in creation,” he said in the text dated Oct. 1, the feast day of St. Thérèse of Lisieux, another female Doctor of the Church.

“Hildegard united scientific knowledge and spirituality. For a thousand years, she has masterfully taught men and women through her writings, her commentaries and her art.”

The pope noted that the German Benedictine abbess, composer and philosopher challenged prevailing restrictions on women.

He said: “She broke with the customs of her time, which prevented women from study and access to libraries, and, as abbess, she also demanded this for her sisters. She learned to sing and compose music, which for her was a means of drawing nearer to God. For Hildegard, music was not only an art or science; it was also a liturgy.”

The pope made the comments in a message to members of the Women’s Consultation Group of the Pontifical Council for Culture taking part in awebinarOct. 7.

He noted that the group,established in 2015, was a “novelty” within the Roman Curia.

“For the first time, a dicastery has involved a group of women by making them protagonists in developing cultural projects and approaches, and not simply to deal with women’s issues,” he said.

He observed that the group’s latest gathering would be devoted to reflection on three of his major documents: the 2013 apostolic exhortationEvangelii gaudium, the 2015 encyclical “Laudato si’,” and the 2019 “Document on Human Fraternity for World Peace and Living Together.”

“These works are devoted, respectively, to the themes of evangelization, creation and fraternity,” he said.

He thanked the group for engaging with his work, with the goal of creating “a dialogue between intellect and spirituality, between unity and diversity, between music and liturgy, with one fundamental goal, that of universal friendship and trust.”

“You do this with a feminine voice that desires to help heal an ailing world,” he added.

The pope concluded by highlighting the central role of women in Christianity.

He said: “In the history of salvation, it was a woman who welcomed God’s Word. Women too kept alive the flame of faith in the dark night, awaiting and then proclaiming the Resurrection. Women find deep and joyful fulfillment in precisely these two acts: welcoming and proclaiming.”

“They are the protagonists of a Church that goes forth, listening and caring for the needs of others, capable of fostering true processes of justice and bringing the warmth of a home to the various social environments where they find themselves.”

“Listening, reflection and loving activity: these are the elements of a joy ever renewed and shared with others through feminine insight, the care of creation, the gestation of a more just world, and the creation of a dialogue that respects and values differences.”

Pence and Harris clash on abortion...