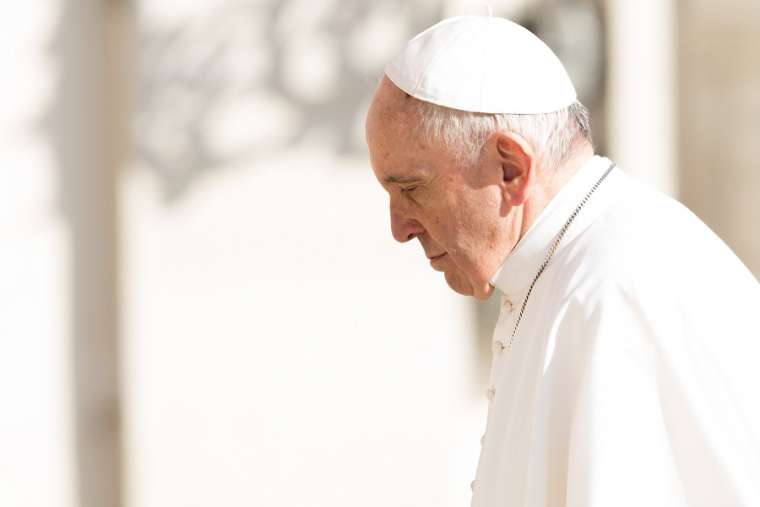 Pope Francis has asked for prayers for Lebanon and for the victims of yesterday’s Beirut explosions, which have killed over a hundred people and caused serious destruction to the city.

Speaking after his general audience address on Wednesday, the pope noted the “massive explosions” which occurred near the port in Beirut Aug. 4.

“Let us pray for the victims, for their families; and let us pray for Lebanon, so that, through the dedication of all its social, political, and religious elements, it might face this extremely tragic and painful moment and, with the help of the international community, overcome the grave crisis they are experiencing,” he said via livestream from the Vatican.

The blast, which occurred at a warehouse at Beirut’s port, has killed at least 100 and injured thousands, flooding hospitals. The death toll is expected to climb further as emergency personnel search for an unknown number of people still missing in the rubble.

The explosion ignited fires and most of the city is without electricity. Sections of the city, including the popular waterfront area, were flattened in the blast. Crowded residential neighborhoods in eastern Beirut, which is predominately Christian, also sustained severe damage from the explosion, which was felt as far as 150 miles away in Cyprus.

Officials said it appears the explosion may have been caused when a fire detonated more than 2,700 tons of the chemical ammonium nitrate, which had been stored in a warehouse on the docks since 2014 after being confiscated from a cargo ship, the New York Times reports.

A Lebanese Catholic priest asked believers around the world to pray for the people of his country after the blasts.

“We ask your nation to carry Lebanon in its hearts at this difficult stage and we place great trust in you and in your prayers, and that the Lord will protect Lebanon from evil through your prayers,” Fr. Miled el-Skayyem of the Chapel of St. John Paul II in Keserwan, Lebanon, said in a statement to EWTN News Aug. 4.