Pope Francis: Put forgiveness and mercy at the heart of your life 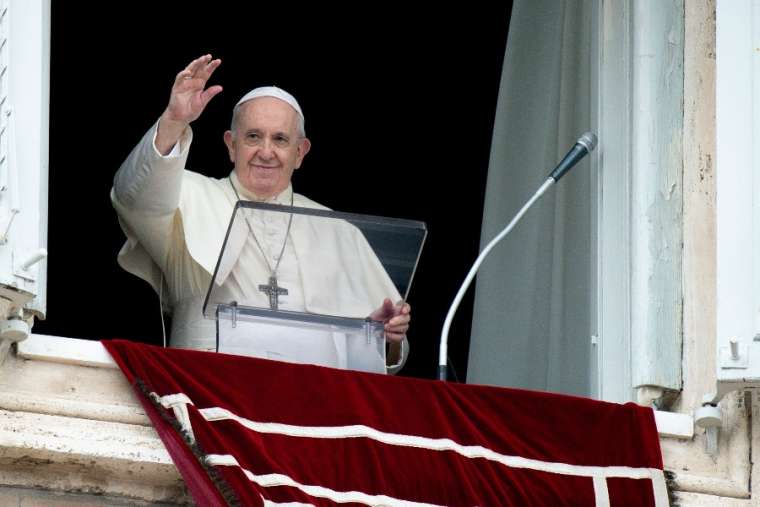 Pope Francis: Put forgiveness and mercy at the heart of your life

We cannot demand God’s forgiveness for ourselves unless we are prepared to forgive our neighbors, Pope Francis said in his Angelus address Sunday.

Speaking from a window overlooking St. Peter’s Square Sept. 13, the pope said: “If we do not strive to forgive and to love, we will not be forgiven and loved either.”

In hisaddress, the pope reflected on the day’sGospel reading(Matthew 18:21-35), in which the Apostle Peter asked Jesus how many times he was required to forgive his brother. Jesus replied that it was necessary to forgive “not seven times but seventy-seven times,” before telling a story known as the Parable of the Unforgiving Servant.

Pope Francis noted that in the parable the servant owed a vast sum to his master. The master forgave the servant’s debt, but the man did not, in turn, forgive the debt of another servant who owed him only a small amount.

“In the parable, we find two different attitudes: that of God — represented by the king — who forgives so much, because God always forgives, and that of man. In the divine attitude, justice is pervaded by mercy, whereas the human attitude is limited to justice,” he said.

He explained that when Jesus said we must forgive “seventy-seven times” he meant, in biblical language, to forgive always.

“How much suffering, how many lacerations, how many wars could be avoided, if forgiveness and mercy were the style of our life,” the pope said.

“It is necessary to apply merciful love to all human relationships: between spouses, between parents and children, within our communities, in the Church, and also in society and politics.”

Pope Francis added that he had been struck by a phrase from the day’s first reading (Sirach 27:33-28:9), “Remember your last days and set enmity aside.”

“Think of the end! Think that you will be in a casket… and will you take the hate there? Think about the end, stop hating! Stop the resentment,” he said.

He compared resentment to an annoying fly that keeps buzzing around a person.

“To forgive is not only a momentary thing, it is a continuous thing against this resentment, this hatred that returns. Let’s think about the end, let’s stop hating,” the pope said.

He suggested that the Parable of the Unforgiving Servant could shed light on the phrase in the Lord’s Prayer, “And forgive us our debts, as we forgive our debtors.”

“These words contain a decisive truth. We cannot demand God’s forgiveness for ourselves if we in turn do not grant forgiveness to our neighbor,” he said.

After reciting the Angelus, the pope expressed his sorrow at a fire that broke out Sept. 8 at Europe’s largest refugee camp,leaving 13,000 people without shelter.

He recalled avisitthat he made to the camp on the Greek island of Lesbos in 2016, with Bartholomew I, the Ecumenical Patriarch of Constantinople, and Ieronymos II, Archbishop of Athens and all Greece. In ajoint declaration, they had committed themselves to ensuring that migrants, refugees and asylum-seekers receive “a humane reception in Europe.”

“I express solidarity and closeness to all the victims of these dramatic events,” he said.

The pope then noted that protests had broken out in various countries in recent months amid the coronavirus pandemic.

Without mentioning any nations by name, he said: “While I urge the demonstrators to present their demands peacefully, without giving in to the temptation of aggression and violence, I appeal to all those who have public and governmental responsibilities to listen to the voice of their fellow citizens and to meet their just aspirations, ensuring full respect for human rights and civil liberties.”

Next, he recalled that theannual worldwide collection for the Holy Land would take place this Sunday. The collection is usually taken up in churches during Good Friday services, but wasdelayed this yearbecause of the COVID-19 outbreak.

He said: “In the current context, this collection is even more a sign of hope and solidarity with the Christians living in the land where God became flesh and died and rose again for us.”

The pope greeted groups of pilgrims in the square below, singling out a group of cyclists suffering from Parkinson’s disease who had traveled along the ancient Via Francigena from Pavia to Rome.

Finally, he thanked Italian families who throughout August had offered hospitality to pilgrims.

“They are many,” he said. “I wish you all a good Sunday. Please do not forget to pray for me.”