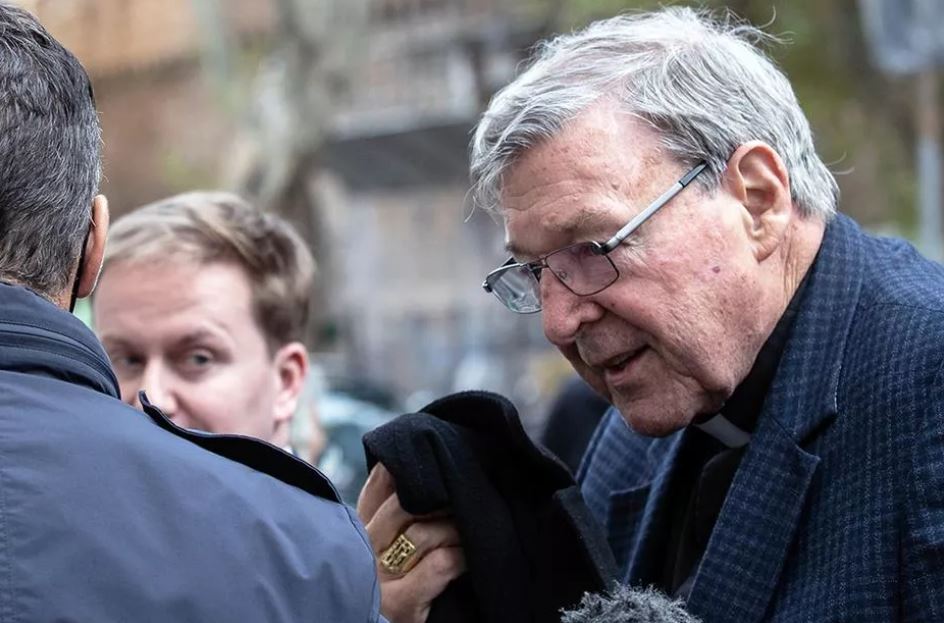 Cardinal Pell, who was prefect of the Secretariat for the Economy from 2014 to 2019, returned to Rome on Sept. 30.

Pope Francis received Cardinal Pell this morning in a private audience at the Vatican.

The Holy See Press Office announced the meeting in itsdaily bulletinand gave no further details, but Vatican sources told the Register the meeting lasted “half an hour” and was “very warm and cordial.”

Apart from audiences with heads of state and ad limina visits by bishops, topics discussed in such meetings are usually kept private.

Today’s encounter had been expected after the cardinal, who was prefect of the Secretariat for the Economy from 2014 to 2019, returned to Rome on Sept. 30.

The meeting comes amid a wave of financial mismanagement and corruption allegations connected with the Secretariat of State and former deputy Secretary of State, Cardinal Giovanni Angelo Becciu.

As prefect of the Secretariat for the Economy, Cardinal Pell frequently clashed with Cardinal Becciu over the Vatican’s financial reform until Pell returned to Australia in 2017 to face charges of sexual abuse that were quashed earlier this year by the country’s High Court.

Pope Francis dismissed Cardinal Becciu as prefect of the Congregation for the Causes of Saints on Sept. 25 and withdrew his cardinalatial rights.

TheFinancial Timesreported that although Cardinal Becciu repeatedly denied that charitable assets were invested in the property development, he failed to answer questions whether donations were used as collateral for loans used to fund investments such as the real estate development.

The FT reported that the Vatican was not forced to sell the charitable assets but chose instead to voluntarily reduce its debts to Credit Suisse, the bank in question. “The Holy See is trying to reduce its credit exposure,” a person briefed on the transactions told the newspaper.

Both Cardinal Pell and then-auditor general, Libero Milone, were investigating the financial activities of the Secretariat of State before both of them were forced to leave their posts in 2017 — Cardinal Pell to face charges in Australia, and Milone for alleged spying. Milone accused Cardinal Becciu of framing him because he was close to uncovering corruption. The Vatican laterwithdrewall charges against Milone.

Cardinal Becciu has denied all allegations of wrongdoing.

Today’s meeting also follows news over the weekend that the Pope chosenot to renewVatican Secretary of State Cardinal Pietro Parolin’s membership of the cardinals’ commission of the Vatican Bank (the Institute of Religious Works).

It is not clear if the Pope’s decision, which was made before Cardinal Becciu’sresignation, was due to the recent allegations of financial corruption.

Cardinal Parolin’s five-year term had ended last year, as had those of Cardinal Thomas Collins of Toronto and Croatian Cardinal Josip Bozani? of Zagreb, whose terms were also not renewed.