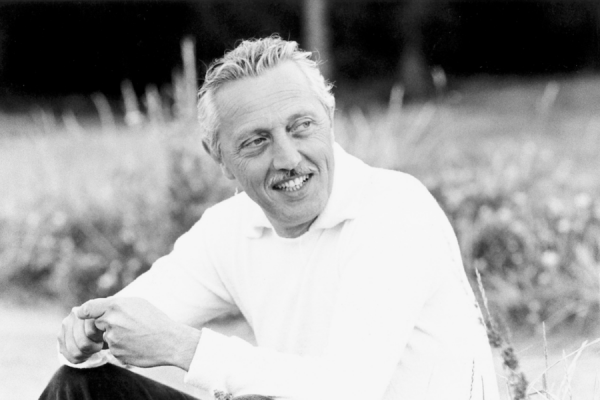 Vatican City, Jan 21, 2021 / 06:30 am (CNA).- Pope Francis recognized on Thursday the heroic virtues of Jérôme Lejeune, the French geneticist who discovered the extra chromosome that causes Down syndrome.

The step, announced on Jan. 21, means that Lejeune can now be referred to as “Venerable.”

Heroic virtue is one of the requirements for beatification in the Catholic Church. A verified miracle attributed to the candidate’s intercession is also usually required.

Lejeune was born on June 13, 1926, in Montrouge, in the southern Parisian suburbs. In 1958, he deduced that Down syndrome was caused by an extra copy of chromosome 21.

He dedicated the rest of his life to researching treatments to improve the lives of people with Down syndrome.

He firmly opposed the use of prenatal testing to identify unborn children with Down syndrome and other chromosomal abnormalities for abortion.

When he received the prestigious William Allan Award for his work in genetics in 1969, he gave an impassioned speech opposing abortion.

“For millennia, medicine has striven to fight for life and health and against disease and death. Any reversal of the order of these terms of reference would entirely change medicine itself,” he said.

“It happens that nature does condemn. Our duty has always been not to inflict the sentence but to try to commute the pain. In any foreseeable genetical trial I do not know enough to judge, but I feel enough to advocate.”

After the speech, which received a cool reception, he reportedly told his wife: “Today, I lost my Nobel Prize in medicine.”

In 1994, Pope John Paul II named Lejeune as the first president of the Pontifical Academy for Life. The physician died just 33 days later in Paris, on April 2, 1994, at the age of 67.

The Fondation Jérôme Lejeune in Paris welcomed the progress in Lejeune’s cause, describing it as “an immense joy.”

But it said that the news came at an “alarming” time for respect for life in France, with the advance of a new bioethics bill that would further dehumanize “the embryo, the youngest member of the human species.”

“Jérôme Lejeune had led this fight for the respect of the embryo throughout his life, as a historical opponent of the Veil Law which legalized abortion in France in 1975, and as a researcher and physician, he had seen from the first bioethics law in 1994, just before his death, where in vitro fertilization and research on the embryo would lead us,” the foundation said.

The pope also advanced seven other causes on Thursday.

He recognized the Italian priest Giovanni Fornasini (1915-1944) as a martyr killed in hatred of the faith. Fornasini served in the resistance during the Second World War and was shot dead by a Nazi soldier.

The pope recognized the heroic virtues of six other candidates.

They included Elizabeth Prout (1820-1864), founder of the Passionist Sisters, who served impoverished workers in England’s deprived industrial towns. Prout, also known by her religious name Mother Mary Joseph of Jesus, is buried alongside Ignatius Spencer and Dominic Barberi, two other candidates for canonization who played major roles in the revival of English Catholicism in the 19th-century.

He also recognized the heroic virtues of Santiago Masarnau Fernández (1805-1882), a pianist and composer who established the St. Vincent de Paul Society in Spain.

Also recognized was the Italian seminarian Pasquale Canzii (1914-1930), who died at the age of 15 while studying for the priesthood.

How a helicopter crash brought a s...