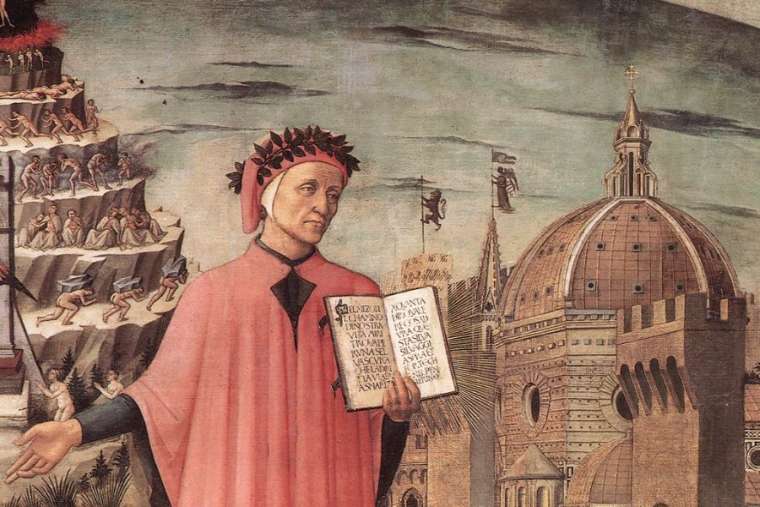 Pope Francis said Saturday that the 700th anniversary of the death of Dante Alighieri should inspire people to rediscover the Italian poet’s “Divine Comedy.”

The pope made the remark in an Oct. 10addressto a delegation from the Italian Archdiocese of Ravenna-Cervia, in which he announced that he was preparing “a more extensive reflection” on the leading poet of the late Middle Ages to be released next year.

Dante died in exile in Ravenna, northern Italy, in 1321 after completing the “Divine Comedy,” which describes the poet’s journey through hell, purgatory, and heaven.

A “Year of Dante” was launched in Ravenna Sept. 5 in the presence of Italian President Sergio Mattarella. The year will be marked by events throughout Italy, including in Dante’s birthplace of Florence.

In his address, the pope said he hoped that teenagers, in particular, would engage with the “Divine Comedy,” widely considered to be the greatest poem in the Italian language.

He said: “It may seem, at times, as if these seven centuries have opened up an unbridgeable distance between us, men and women of the postmodern and secularised age, and him, the extraordinary exponent of a golden age of European civilization. And yet something tells us that it is not the case.”

“Teenagers, for instance — even those of today — if they have the opportunity to encounter Dante’s poetry in a way that is accessible to them, find on the one hand, inevitably, a great distance from the author and his world, and yet, not the other, they perceive a surprising resonance.”

He continued: “This happens especially where allegory leaves space for the symbol, where the human being appears most evident and exposed, where civil passion vibrates most intensely, where the fascination of that which is true, beautiful, and good, ultimately the fascination of God, makes its powerful attraction felt.”

During the audience, the pope blessed a gold cross that Pope Paul VI had donated to the city of Ravenna for Dante’s tomb.

He said: “In 1965, on the occasion of the seventh centenary of Dante’s birth, St. Paul VI gave the city of Ravenna the gift of a gold cross for his tomb, which had remained until then — as he said — ‘without such a sign of religion and hope.’”

“That same cross, on the occasion of this centenary, will shine again in the place where the earthly remains of the Poet are conserved. May this be an invitation to hope, that hope of which Dante is prophet.”

This was not the first time that Pope Francis had praised the poet. In 2015, he issued amessagemarking 750 yearssinceDante’s birth. In it, henoted that many of his predecessors had paid tribute to the Italian, including Pope Benedict XV, who devoted theencyclical“In praeclara summorum” to Dante in 1921.

Bidding farewell to the delegation, the pope said: “Thank you again for this visit, and I wish you all the best for the centenary celebrations. With God’s help, next year I propose to offer a more extensive reflection in this regard.”