Pope Francis says intimacy with Jesus is not just for mystics 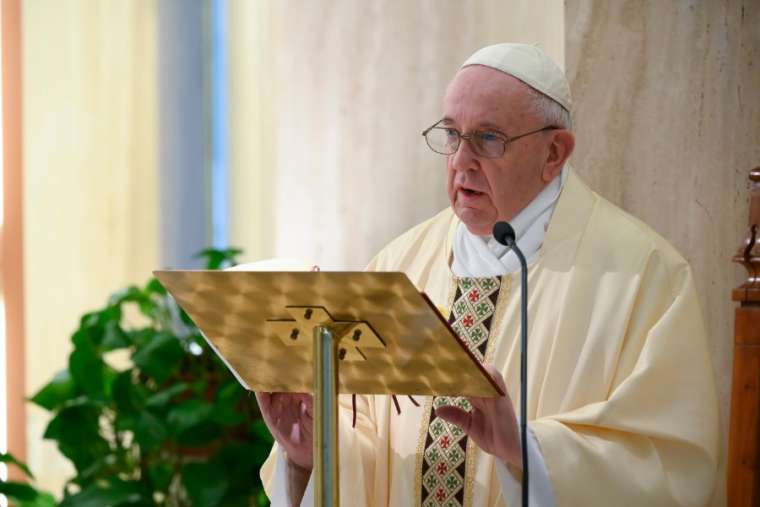 Pope Francis says intimacy with Jesus is not just for mystics

Intimacy with Jesus is not something reserved for mystics, Pope Francis said at his morning Mass Wednesday.

Speaking in the chapel at Casa Santa Marta, his Vatican residence, the pope said May 13 that Jesus calls all Christians to form a deep relationship with him.

To those who object this is only for mystics, the pope said: “No: this is for all of us.”

In his homily, he reflected on the day’s Gospel reading, John 15:1-8, in which Jesus declares that he is “the true vine” and his disciples are the branches, asking them to “Remain in me, as I remain in you.”

Christians are called to fulfill the Commandments, follow the path of the Beatitudes and perform works of mercy, he noted. But they are called still more to this “reciprocal remaining” with Jesus.

He said it was possible to speak of the vine as “needing” its branches in order to bear fruit.

Jesus, he explained, “needs” us “to bear witness to his name, because faith, the Gospel, grows by witness.”

“May the Lord help us to understand, to feel this mysticism of remaining on which Jesus insists so, so, so much,” he said.

The pope ended the celebration with adoration and benediction of the Blessed Sacrament. The congregation then sang two verses of the “Ave Maria of Fatima,” in honor of the day’s feast of Our Lady of Fatima.

The Vatican announced May 12 that the pope’s daily Mass will no longer be broadcast live after May 18, when he marks the 100th anniversary of St. John Paul II’s birth with Mass at the Polish pope’s tomb.

May 18 is also the day when public liturgies resume in Italy. The Vatican began livestreaming the pope’s morning Mass March 9 when the country’s churches were forced to close due to the pandemic.

At the start of Wednesday’s Mass, the pope prayed for students and teachers whose work has been disrupted by the coronavirus pandemic.

He said: “Let us pray today for students, the young people who are studying, and the teachers who must find new ways to move forward in teaching: may the Lord help them on this path, giving them courage and also success.”