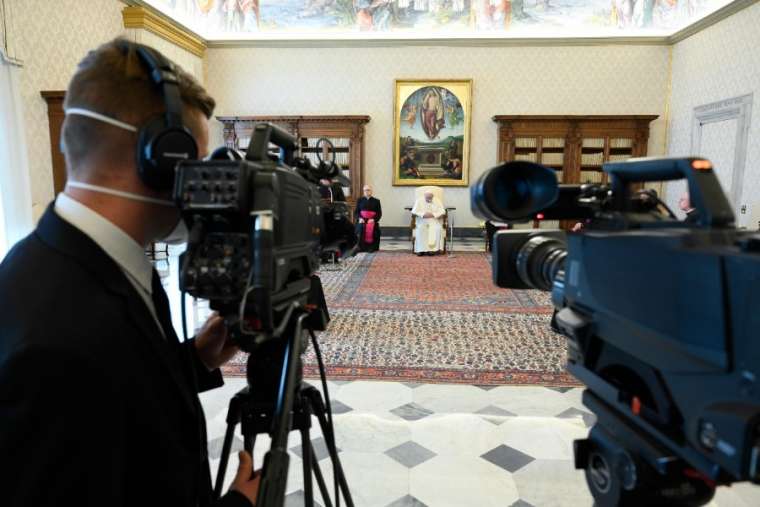 Speaking via livestream due to the coronavirus crisis, the pope said May 20 that throughout history prayer had helped people to see beyond their suffering.

He said: “Men and women who pray know that hope is stronger than discouragement. They believe that love is more powerful than death, and that it will surely triumph one day, even if in times and ways we do not know.”

In his address from the library of the Apostolic Palace, the pope continued his cycle of catechesis on prayer, reflecting on the biblical account of creation and the trials of the people of Israel.

He described the opening page of the Bible as “a great hymn of thanksgiving” affirming the goodness and beauty of God’s creation.

This beauty inspires man to pray, the pope said, quoting Psalm 8:4-5: “When I see your heavens, the work of your fingers, the moon and stars that you set in place — what is man that you are mindful of him, and a son of man that you care for him?”

He said: “The praying man contemplates the mystery of existence around him, sees the starry sky above him — which astrophysics shows us today in all its immensity — and wonders what design of love must be behind such a powerful work.”

“And, in this boundless vastness, what is man? ‘Almost nothing,’ says another Psalm: a being that is born, a being that dies, a very fragile creature. Yet in the whole universe the human being is the only creature aware of such a profusion of beauty.”

The pope said the psalmist recognizes that, compared with the vastness of the universe, man seems insignificant, yet he is called to a relationship with God.

“The relationship with God is man’s greatness: his enthronement. By nature we are almost nothing, small, but by vocation, by call, we are the children of the great King,” he said.

He continued: “This is an experience that many of us have had. If the story of life, with all its bitterness, sometimes risks suffocating the gift of prayer in us, it is enough to contemplate a starry sky, a sunset, a flower… to rekindle the spark of thanksgiving. This experience is perhaps the basis of the first page of the Bible.”

“When the great biblical account of Creation is written, the people of Israel are not going through happy days. An enemy power had occupied the land; many had been deported, and now they were slaves in Mesopotamia. There was no homeland, no temple, no social and religious life, nothing.”

“And yet, just starting from the great story of Creation, someone began to find reasons to give thanks, to praise God for existence.”

Pope Francis described prayer as “the first impetus of hope,” saying that those who pray are able to see that, despite its difficulties, life is filled with grace.

Our vocation, he said, is to be bearers of joy.

“This life is the gift that God has given us: and it is too short to be consumed in sadness, in bitterness. We praise God, content simply to exist,” he said.

In conclusion, the pope noted that creation bore the “signature” of a loving God.

“May the Lord make us understand this ever more deeply and lead us to say ‘thank you’: and that ‘thank you’ is a beautiful prayer,” he said.

In his greetings to different language groups after his catechesis, the pope urged Portuguese-speaking Catholics to pray the rosary daily in May, the Month of Mary, “learning from Our Lady to have a contemplative gaze before all the events of our life.”

Addressing Polish Catholics, Pope Francis said: “These days we celebrate the 100th anniversary of the birth of St. John Paul II. He, shepherd of great faith, liked to entrust the Church and all humanity to God in prayer.”

“By choosing the episcopal motto ‘Totus Tuus’ [‘I belong entirely to you’], he also showed that in difficult moments we should turn to Our Lady who can help us and intercede for us. May his life, built on deep, intense and trusting prayer, be an example for Christians today.” 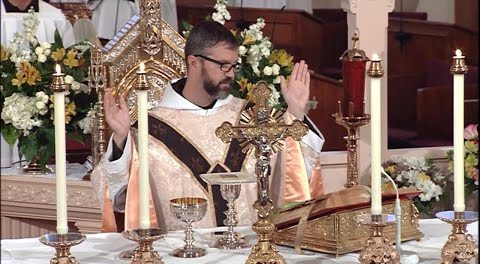 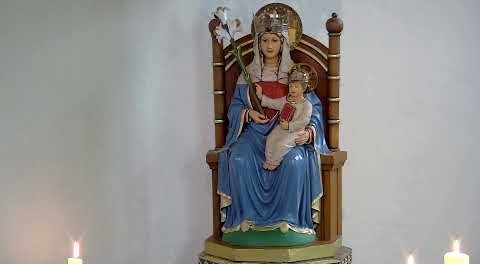 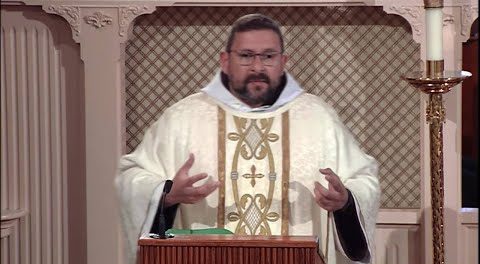 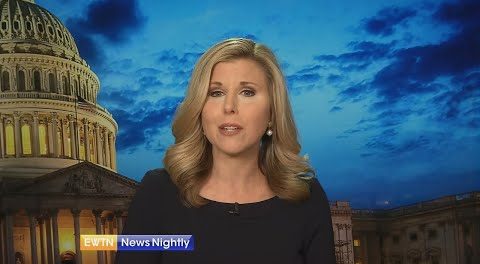