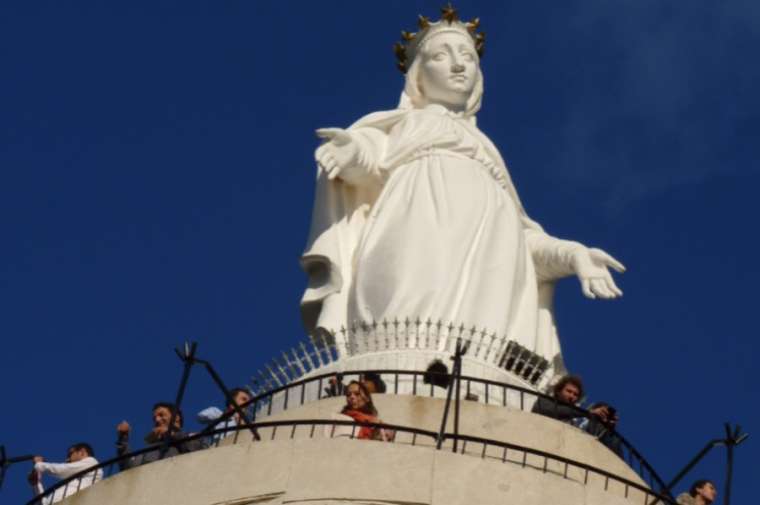 Pope Francis has donated $200,000 to support 400 scholarships in Lebanon in an expression of his concern for the country’s young people, the Vatican announced Thursday.

The Holy See press office said May 14 that Lebanon was experiencing a “severe crisis” that risked robbing younger generations of hope.

“It is becoming increasingly difficult to ensure that the sons and daughters of the Lebanese people have access to education which, especially in smaller areas, has always been guaranteed by ecclesiastical institutions,” it explained.

The press office said the pope had decided to send the donation to the apostolic nunciature in Lebanon “in the hope of achieving a gesture of solidarity.”

It clarified that the pope’s gift was sent in addition to aid channeled to the Middle East through an emergency fund created last month by the Vatican Congregation for the Oriental Churches.

It said that Pope Francis was taking the step “with the desire that all involved at national and international levels will responsibly pursue the search for the common good, overcoming every division and partisan interest.”

Lebanon has been rocked by protests that began Oct. 17 when the government announced new taxes on gasoline, tobacco and internet-based calls made over WhatsApp.

In his Angelus address Oct. 27, the pope commended protesters who had taken to the streets to challenge government corruption and financial mismanagement.

He said: “I address a special thought to the beloved Lebanese people, in particular to the young people, who in recent days have made their cry heard in the face of challenges and the social and economic problems of the country.”

The protests led to the resignation of Lebanon’s Prime Minister Saad Hariri Jan. 21 and the formation of a new government. Former education minister Hassan Diab was named the new prime minister, with support from the Iran-backed paramilitary group Hezbollah.

Alongside the political crisis, Lebanon has faced economic turmoil. Diab announced March 9 that Lebanon had defaulted on a $1.2 billion Eurobond for the first time.

The country, which has long been heavily indebted, now has a debt burden of more than $90 billion, which Reuters reported as the equivalent of around 170% of its gross domestic product.

Lebanon has entered talks with the International Monetary Fund as it seeks to emerge from its worst financial crisis in decades.

On March 15, the country imposed a state of emergency because of the coronavirus pandemic, which has claimed 26 lives as of May 14, according to the Johns Hopkins Coronavirus Resource Center.

Although there are no official census figures, around 40% of Lebanon’s 6.8 million population are estimated to be Christian, meaning that the country has the highest percentage of Christians of any Middle Eastern nation.

Lebanon is home to the Maronite Church, an Eastern Catholic Church in full communion in Rome and the country’s largest Christian community.

The Holy See press office said that Pope Francis had followed recent events in the country, which borders Syria and Israel, “with fatherly concern,” describing Lebanon as an example of “coexistence and fraternity” between religious groups.

The press office statement ended with a prayer: “May the Mother of God, who watches over Lebanon from Harissa Mountain, protect the Lebanese people, together with the saints of the beloved Land of the Cedars.”

The Visions at Fatima and the Russ...

St. Matthias ? The Apostle Who Rep...