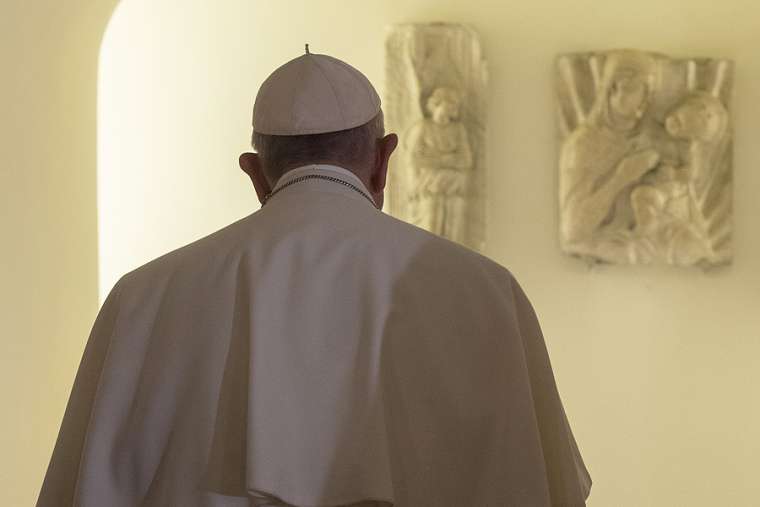 On the 100th anniversary of the birth of Pope St. John Paul II on May 18, Pope Francis will offer his morning Mass at the Polish pope’s tomb in St. Peter’s Basilica, according to the Vatican.

May 18 is also the first day public Masses may resume throughout Italy.

“In memory of the centenary of the birth of St. John Paul II, the Holy Father will celebrate the morning Mass live at 7:00 am in the chapel of the saint’s tomb in the Vatican Basilica,” Matteo Bruni, Holy See press office director, told journalists.

Bruni also stated that with the resumption of public Mass in Italy, and in many parts of the world, it will also be the final day that Pope Francis’ morning Mass will be livestreamed.

“The pope hopes that the People of God will thus be able to return to community familiarity with the Lord in the sacraments, participating in the Sunday liturgy, and resuming, also in churches, the daily attendance of the Lord and his Word,” the Vatican spokesman said.

Starting March 9, Pope Francis has livestreamed his morning Mass every day during the coronavirus emergency, “to allow those who wish to follow the celebrations in union of prayer with the Bishop of Rome,” according to Bruni.

The Vatican has not yet indicated when the basilica will reopen to the public.

Prior to the pandemic, video recordings of the pope’s 7:00 am Mass were made available for use by broadcasters, but not livestreamed. Pope Francis’ intentions for Mass the last two months have centered on the coronavirus outbreak.

For the centenary of the birth of St. Pope John Paul II, the Polish bishops are encouraging people to use the hashtag, #ThankYouJohnPaul2 on social media.

The idea is to use the hashtag to publish on social media short videos, photos, or statements thanking St. John Paul II for his pontificate, according to a message from Archbishop Stanislaw Gadecki, president of the Polish bishops’ conference.

It is also a way to share memories of the late pope for “younger generations who have not had the opportunity to get to know him more closely, but who are very present on social networks,” Gadecki said.

“In this way we can express our gratitude to the Polish Pope for all that he has brought and brings” to our lives, he continued.

As well as thank him for “all the encounters we have had with him, which we have had the opportunity to participate in; for his words, the ones we remember most; for the inspirations he has evoked in us and which he continues to evoke.”