Pope Francis to resume general audiences with the public 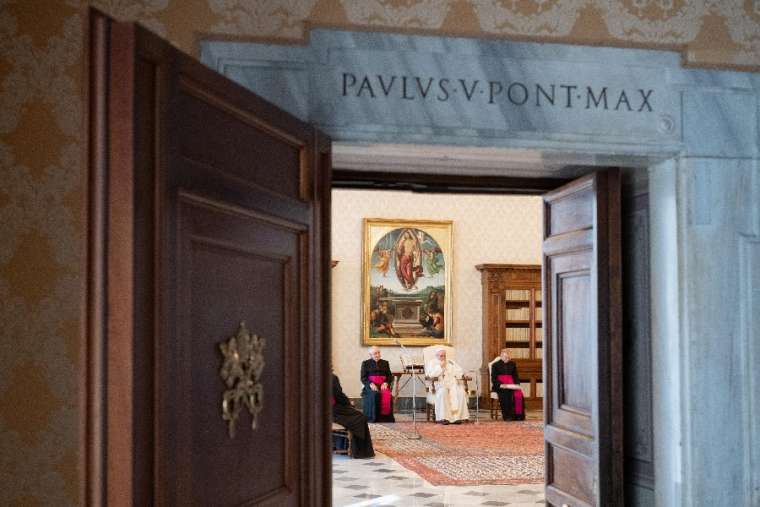 Pope Francis to resume general audiences with the public

Members of the public will be able to attend Pope Francis’ general audiences again from Sept. 2 after analmost six-month absence due to the coronavirus crisis.

The Prefecture of the Papal Household announced Aug. 26 that the pope’s general audience next Wednesday would take place “with the presence of the faithful.”

It said thataudiences would be held in the San Damaso Courtyard of the Apostolic Palace throughout September, following advice from authorities seeking to restrict the spread of the coronavirus.

General audiences are usually held in either St. Peter’s Square or the Paul VI Audience Hall. But when the pandemic struck Italy in March, the pope transferred his general audiences to the library of the Apostolic Palace, where they took place without public access.

The Holy See press office said that the decision was “necessary in order to avoid the risk of the spread of COVID-19 due to the gathering of people during security controls for access to the square, as requested by the Italian authorities.”

The Prefecture noted that general audiences in September would start at 9.30 a.m. local time and would be “open to all those who wish, without the need for tickets.”

Those attending will be admitted to the courtyard from 7.30 a.m. via the Bronze Doors, located under the right-hand colonnade in St. Peter’s Square.

Italy has reported 261,174 cases of COVID-19 and 35,445 related deaths as of Aug. 26, according to the Johns Hopkins Coronavirus Resource Center.