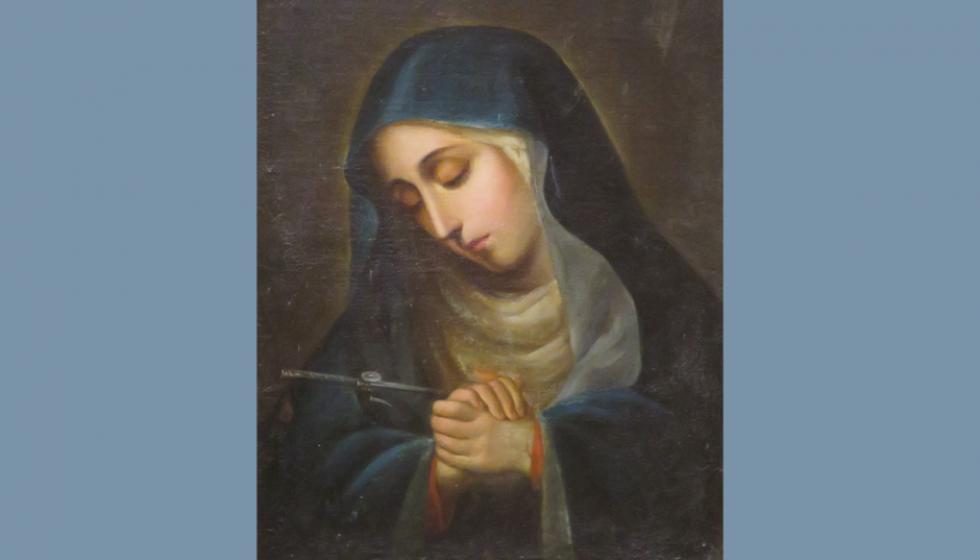 Our Lady Of Sorrows Novena

At times, it seems that life is threatened on all sides.
Please join with others across the nation in prayer.
For the nine days between September 7 (the vigil of the feast of the Birth of Mary) and September 15 (the feast of Our Lady of Sorrows), we pray for the intercession of Mary, the Mother of our Life, our Faith and our Hope.
Prepared by Rev. James Moroney, Executive Director, NCCB Secretariat for the Liturgy.

A Novena For Life

God, come to my assistance.
Lord, make haste to help me.
Glory to the Father,
and to the Son, and to the Holy Spirit.

As it was in the beginning, is now,
and will be for ever. Amen.

A Daily Reading From The Bible:

11 Soon afterward he went to a city called Na’in, and his disciples and a great crowd went with him.

12 As he drew near to the gate of the city, behold, a man who had died was being carried out, the only son of his mother, and she was a widow; and a large crowd from the city was with her.

13 And when the Lord saw her, he had compassion on her and said to her, “Do not weep.”

14 And he came and touched the bier, and the bearers stood still. And he said, “Young man, I say to you, arise.”

15 And the dead man sat up, and began to speak. And he gave him to his mother.

18 Now the birth of Jesus Christ took place in this way. When his mother Mary had been betrothed to Joseph, before they came together she was found to be with child of the Holy Spirit;

19 and her husband Joseph, being a just man and unwilling to put her to shame, resolved to divorce her quietly.

20 But as he considered this, behold, an angel of the Lord appeared to him in a dream, saying, “Joseph, son of David, do not fear to take Mary your wife, for that which is conceived in her is of the Holy Spirit;

21 she will bear a son, and you shall call his name Jesus, for he will save his people from their sins.”

22 All this took place to fulfil what the Lord had spoken by the prophet:

23 “Behold, a virgin shall conceive and bear a son, and his name shall be called Emmanuel” (which means, God with us).

25 So the soldiers did this. But standing by the cross of Jesus were his mother, and his mother’s sister, Mary the wife of Clopas, and Mary Mag’dalene.

26 When Jesus saw his mother, and the disciple whom he loved standing near, he said to his mother, “Woman, behold, your son!”

27 Then he said to the disciple, “Behold, your mother!” And from that hour the disciple took her to his own home.

33 And his father and his mother marveled at what was said about him;

34 and Simeon blessed them and said to Mary his mother, “Behold, this child is set for the fall and rising of many in Israel, and for a sign that is spoken against

35 (and a sword will pierce through your own soul also), that thoughts out of many hearts may be revealed.”

7 In the days of his flesh, Jesus offered up prayers and supplications, with loud cries and tears, to him who was able to save him from death, and he was heard for his godly fear.

8 Although he was a Son, he learned obedience through what he suffered;

9 and being made perfect he became the source of eternal salvation to all who obey him,

12 Put on then, as God’s chosen ones, holy and beloved, compassion, kindness, lowliness, meekness, and patience,

13 forbearing one another and, if one has a complaint against another, forgiving each other; as the Lord has forgiven you, so you also must forgive.

14 And above all these put on love, which binds everything together in perfect harmony.

15 And let the peace of Christ rule in your hearts, to which indeed you were called in the one body. And be thankful.

16 Let the word of Christ dwell in you richly, teach and admonish one another in all wisdom, and sing psalms and hymns and spiritual songs with thankfulness in your hearts to God.

17 And whatever you do, in word or deed, do everything in the name of the Lord Jesus, giving thanks to God the Father through him.

2 Incline thy ear to me, rescue me speedily! Be thou a rock of refuge for me, a strong fortress to save me!

3 Yea, thou art my rock and my fortress; for thy name’s sake lead me and guide me,

4 take me out of the net which is hidden for me, for thou art my refuge.

5 Into thy hand I commit my spirit; thou hast redeemed me, O LORD, faithful God.

6 Thou hatest those who pay regard to vain idols; but I trust in the LORD.

6 who, though he was in the form of God, did not count equality with God a thing to be grasped,

7 but emptied himself, taking the form of a servant, being born in the likeness of men.

8 And being found in human form he humbled himself and became obedient unto death, even death on a cross.

9 Therefore God has highly exalted him and bestowed on him the name which is above every name,

10 that at the name of Jesus every knee should bow, in heaven and on earth and under the earth,

11 and every tongue confess that Jesus Christ is Lord, to the glory of God the Father.

15 My times are in thy hand; deliver me from the hand of my enemies and persecutors!

16 Let thy face shine on thy servant; save me in thy steadfast love!

20 In the covert of thy presence thou hidest them from the plots of men; thou holdest them safe under thy shelter from the strife of tongues.

Holy Mother of God, hear the prayers of the Church for all mothers,
especially those wearied by life and overcome by the suffering they bear for their children.

O Mother of the Word Incarnate, intercede for them from your place in heaven,
that the mercy of your divine Son might lighten their burden and give them strength.

Glory to the Father….

“As we contemplate this Mother, whose heart a sword has pierced (cf.Luke 2:35), our thoughts go to all the suffering women in the world, suffering either physically or morally. In this suffering a woman’s sensitivity plays a role, even though she often succeeds in resisting suffering better than a man.
It is difficult to enumerate these sufferings; it is difficult to call them all by name. We may recall her maternal care for her children, especially when they fall sick or fall into bad ways; the death of those most dear to her; the loneliness of mothers forgotten by their grown-up children; the loneliness of widows; the sufferings of women who struggle alone to make a living; and women who have been wronged or exploited. Then there are the sufferings of consciences as a result of sin, which has wounded the woman’s human or maternal dignity: the wounds of consciences which do not heal easily. With these sufferings too we must place ourselves at the foot of the Cross.”

Pray for the Suffering Women of the World

Labor day usually brings to mind images of factory workers, farmers or heavy equipment operators. Yet we also use labor to describe the first work which brought each one of us to birth: those first hours of maternal sacrifice which brought us into the world. It’s too easy to forget that and all the other sacrifices which the vocation of motherhood entails. Pray for the mothers in labor today. Those who give birth. Those who work two jobs to support a child. Those who go without so their child’s needs are met. Those whose patient endurance is a sign of God’s love upon the cross.

Pray for Mothers who will Give Birth Today

‘At first I was scared,’ Sarah told me. ‘I was scared, excited and filled with the most incredible expectation. It was like those words we hear at Mass: we wait in joyful hope. I thought of all those women who feel the first kick, the stirrings of life deep within them. I prayed for them, that they would love their child, cherish their little baby and know that in being a mother they are involved in something so much bigger than themselves. They have been chosen by God to be custodians of the mystery of life. At first I was scared, and then I just cried … with joy.’

Pray for Fathers at the Birth of their Child

‘At first I was petrified”, Jon told me. “Petrified that I would faint or get in the way or not know what to do to help Sarah. But then I prayed to Mary. I know, praying to Mary is something you?d think a mother would be doing. But somehow, I think Mary understood Saint Joseph more than anyone else. She probably saw the fear in his eyes and sensed the restlessness of his heart. She probably spent a lot of time praying for him as well. And when I prayed to Mary for my child about to be born, I knew she understood and heard me and prayed for me to her son. At first I was petrified, and then I put everything into God’s hands.”

Pray for All Children

I know of a family which prays each night. Since the kids were little they are gathered from their games and their grumbling to the couch in the living room. There they pray for those whom they love and those they have a hard time loving. They pray for the unborn and for little babies. They pray for the sick and the dying. They pray for the Church and for their priest. Many a night it was the knowledge of those prayers that gave me hope and peace and a good night’s sleep.

Prayer for Life Begins in the Home

I know of another family which used to pray for unborn children every Friday night. They chose Friday because that’s when Christ, innocent and without sin, was sent to the cross. There’s no prayer more powerful than that said over little folded hands asking God to take care of all the babies who you’ve made.

We look all around us at Church and see them: all the people whose kids never seem to scream and who look like they haven’t a problem in the world! But what if we really knew them? We would see the ‘secret sufferings’ that mirror our own. Mass is the gathering of those who have looked at the their own brokenness through the lens of the cross, and live! Today is the perfect day to pray for all God’s broken children and especially those who are tempted to break the lives of others.

Each time I pray, I am called to join my prayer with Christ’s perfect prayer upon the cross. It is easy from the vantage of the cross to see the world clearly. To see how easy it is to join the suffering of the innocent to the suffering of him who is without sin. We should work for an end to all the forms of violence which threaten life. That is a wonderful good. But it is even more important to stand with the Virgin Mother and to beg her son to come to our aid.

Our Lady of Sorrows

We end as we began nine days ago: with Mary, weeping silently beside the cross. Weeping for the innocent child so violently taken. Weeping for the nation which has let him die. Weeping for her child and for our, we place them both in her arms. 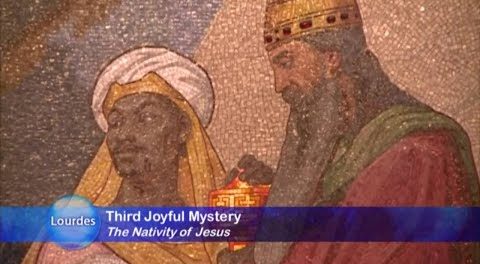 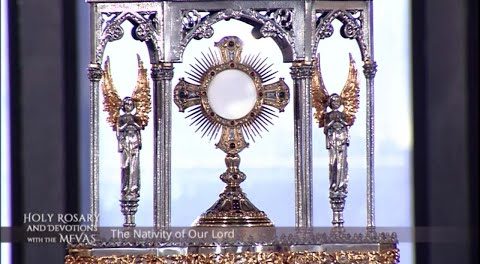 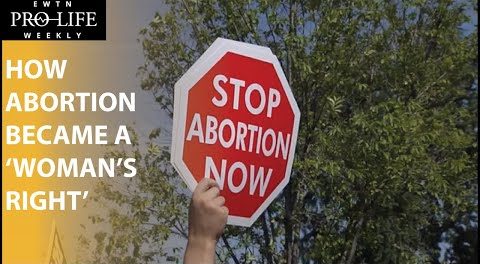 How Did Abortion Become a ‘Woman’s Right’? 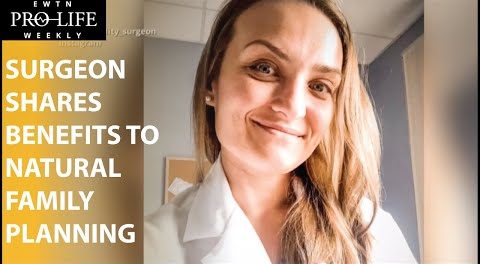