MORE FROM EWTN
FAITH & RESOURCES
Welcome to EWTN GB - Global Catholic Television Network - Copyright © 2020
Trending News
HomeArticlePreaching and the Election: How Not to Get in Trouble but Still Be Effective

Preaching and the Election: How Not to Get in Trouble but Still Be Effective 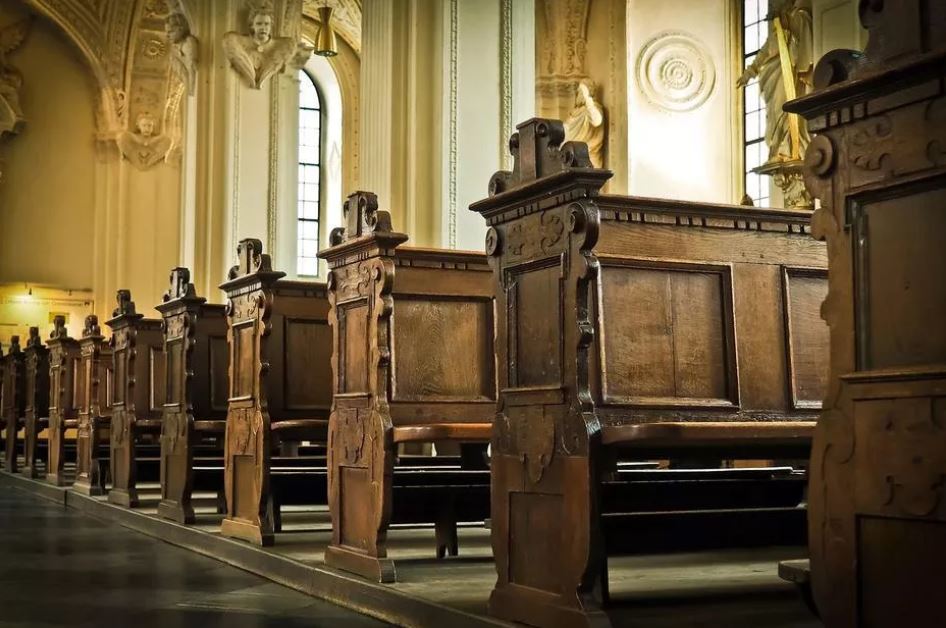 Preaching and the Election: How Not to Get in Trouble but Still Be Effective

COMMENTARY: Now is precisely the time for homilies on abortion.

The majority of Catholics have voted for every winner of the presidential election since 1976, with the exception of Donald Trump in 2016. We make up 23% of the population. The Catholic vote could decide the 2020 election and help put in office the party and candidate who will work to end legal protection of abortion (and fight other evils, as well).

There are, sadly, Catholics who believe abortion should be legal and those who think other issues are just as, if not more, important. Still others oppose abortion but just can’t bring themselves to vote for Trump.

Catholics are looking to their spiritual fathers, the bishops and priests, for guidance in properly forming their conscience to vote Nov. 3. One hopes and prays that their homilies against abortion could influence how Catholics work to fight that moral evil at election time and all the time.

I believe there are many priests who want to preach on difficult issues but don’t, largely because they fear the negative feedback they are certain to get from parishioners and possibly being silenced by their bishop.

The objections to moral/political homilies have been several — politics don’t belong in Mass or even moral issues not directly addressed in Scripture; that such homilies are divisive; that the tone and manner is often wrong; and that there is not enough connection with the scriptural readings of the day.

Nonetheless, now is precisely the time for homilies on abortion. And while I suspect such homilies could have a powerful influence on the election, I believe there is need for little or no reference to the current election (but it doesn’t need to be avoided by all homilists).

In fact, in some respects, abortion is a relatively “safe” topic. October is Respect Life Month in the Catholic Church, and thus few objections could be made to it being addressed at this time.

Moreover, it is not hard to connect abortion or any moral issue to Scripture, since, after all, Christ constantly preached against actions and attitudes that separate us from God — abortion surely qualifies.

Let me give an example of how to use a biblical passage to preach on abortion. A priest might say:

Today I am going to speak on a controversial issue. You may cringe to hear that, but didn’t Jesus frequently attempt to get people to believe very challenging truths?

One of the most important jobs of a priest is to help people form their consciences; and if I fail to do so, I will be answerable for neglecting my duties. Yes, telling the truth can cause division; indeed, Jesus said he came not to bring peace but a sword which would separate a man from his father, a daughter from her mother (Matthew 10: 34-36).

Let’s see what we can learn about the importance about moral teachings from today’s readings (Sept. 26 this year).

“Thus says the Lord:
You say, ‘The Lord’s way is not fair!’
Hear now, house of Israel:
Is it my way that is unfair, or rather, are not your ways unfair?
When someone virtuous turns away from virtue to commit iniquity, and dies,
it is because of the iniquity he committed that he must die.
But if he turns from the wickedness he has committed,
he does what is right and just,
he shall preserve his life;
since he has turned away from all the sins that he has committed,
he shall surely live, he shall not die.”

Those first few lines are a perfect segue into considering moral issues.

“Thus says the Lord:
You say, ‘The Lord’s way is not fair!’
Hear now, house of Israel:
Is it my way that is unfair, or rather, are not your ways unfair?”

We are so quick to rebuke God and tell him his ways are not fair. “Why can’t two people of the same sex who love each other have sex? That’s not fair!” “An unwanted pregnancy could ruin a woman’s life; why can’t she have an abortion?”

Your ways, O Lord, make known to me;
teach me your paths,
guide me in your truth and teach me,
for you are God my savior.

The reading we just heard from Philippians(2:1-11 or 2:1-5)includes the famous passage of Christ “not finding equality with God something to be grasped at” — Jesus, unlike us, was obedient to God in all things — and even he struggled on Holy Thursday night.

I know that some of you have had abortions or enabled them, and I want you to know I am not preaching on this issue to condemn you but to relieve you of the burden of that sin. The good Lord came to forgive sins so I invite anyone who carries the sin of abortion to come to confession and reconcile yourself to the Lord. He does not want you to carry that burden. I would like you to be free of that burden and for others never to experience it. I also recommend that women and men involved in abortion take advantage of one of the abortion healing-ministries, such asRachel’s VineyardorGrief to Grace.

Abortion is a tremendous evil, for it kills innocent human life and generally haunts those involved for the rest of their lives. Those who fight against abortion are fighting both for the lives of the unborn and for the souls of all those involved in abortion.

There are many ways of combating abortion, and good people have devoted themselves to providing direct services to needy women, to praying outside of clinics, and to producing effective educational materials.

Still, as long as abortion is legally protected in our culture, we are fighting against the culture. Any culture that allows the killing of the most vulnerable is a dying culture, and it is becoming clear that ours is. [Thus a party or candidate’s view of abortion must greatly influence, if not decisively determine, our votes. We need elected officials who will appoint judges who will overturnRoe v. Wade, the 1972 Supreme Court decision that struck down the laws against abortion present in nearly every state at the time. The courtimposedabortion on our country.] [The material in brackets above could be used by priests willing to reference the election but could be omitted by others.]

Here is where the priest should paint a vivid picture of abortion — not so much a picture of the grizzly procedure itself, for that would not be suitable for Mass. I tend to thinkcomparison of numberscan shock people out of their complacency:

It is hard to maintain that abortion is just one issue among many when we learn thatwhile 11 million people were killed by the Nazis,42 million babiesworldwide were aborted in 2019 alone. Nearly 62 million babies have been aborted in the U.S. since 1973. That is nearly as many as have been killed by communists worldwide over a full century. Vastly more babies died because of abortion than those who have died in all wars since the Civil War.

The numbers are staggering and horrifying, but they mask the tragedy of particular individual women who often out of desperation submit to procedures that kill their babies and mark their souls.

We constantly tout that America is the freest and most charitable country in the world. We need be the force that brings the right to life to children in the womb and charity to women who need our help.

We can find some help in forming our consciences from the U.S. bishops, who for some time have identified abortionas thepreeminentmoral andpolitical issue of our times. They didn’t pick this issue out of a hat; they know how wrong racism is, how wrong greed is, how wrong is hostility to immigrants. But it is quite impossible to understand any of those issues as worse than killing unborn children by the billions. It is a crime the Church says cries to heaven for vengeance.

Some think the Church and Catholics failed to do all we could to oppose Nazi Germany and communism. Are we doing what we can to oppose the state-sanctioned killing of the unborn? Is there any other political issue that competes?

Few appreciate how difficult — and important — it is to give homilies about hard teachings and controversial issues. But it needs to be done — even if imperfectly — since the salvation of souls depends upon people living in accord with the truth, with what is in accord with Our Father’s will, and with what an intimate relationship with Jesus requires.

Good priests, we need you more than ever.