Previewing the Supreme Court’s Landscape Ahead of Confirmation Battle 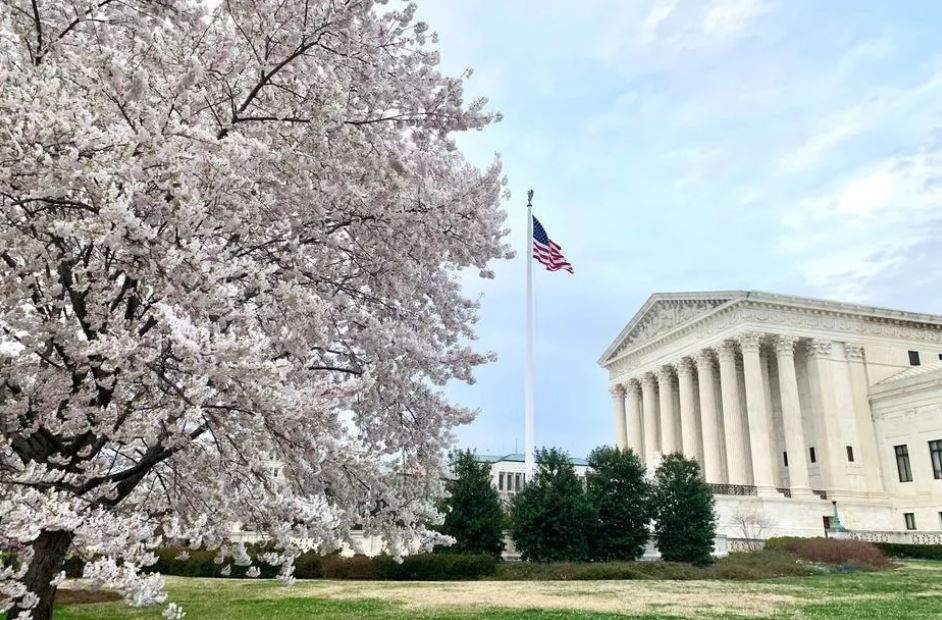 Previewing the Supreme Court’s Landscape Ahead of Confirmation Battle

A key religious liberty case involving the Archdiocese of Philadelphia’s adoption services program is on the court’s docket for the upcoming term, and a number of abortion-related cases also might be heard.

Ahead of the ferocious confirmation battle that awaits Amy Coney Barrett, President Donald Trump’s nominee to replace Ruth Bader Ginsburg, the court’s next term begins in October with a docket that includes oral arguments for a significant religious liberty case.

One of the most immediate cases to test the new makeup of the court will beFulton v. Philadelphia, which is scheduled to be heard the day after the election.

The caseinvolves whether a city can require religious adoption services to place children with same-sex couples despite their faith-based objections.

In March 2018 Catholic Social Services of the Archdiocese of Philadelphia was informed that the city would no longer refer foster children to the agency for assistance because of its faith-based stance that marriage is the union of one man and one woman. The city then passed a resolution calling for an investigation into religiously based foster care services, after a same-sex couple claimed they were discriminated against by a different faith-based agency.

As a result, Catholic Social Services, which has a 100-year history working with the city in adoption services and has placed thousands of children in homes, is barred from making new placements because it declines to recommend same-sex couples for the adoption of children.

Paul Clement, the U.S. solicitor general under President George W. Bush and a top Supreme Court advocate, and Eric Citron, a partner at Goldstein & Russell who clerked on the Supreme Court for Justices Sandra Day O’Connor and Elena Kagan, weighed in on the significant impactFulton v. Philadelphiacan have on religious freedom.

In a recent webinar at the Heritage Foundation on the upcoming Supreme Court term, Citron called it “frustrating” to see such cases “arising in the courts because one would think that in a pluralistic society there is a way to accommodate people who … want to do good in the world without making a big issue of them needing a narrow exemption.”

He added that “unlike some of the cases that have arisen in the past, there doesn’t seem to be any argument that a same-sex couple couldn’t get this service very easily from the city by using somebody other than Catholic Social Services to come and do a home visit.”

He predicted the case “will create the fight that you’ve been seeing on the court between those who are really concerned that we’re making special exemptions for religious actors and others including people on both sides of the aisle — Justice Kagan is a pretty broad advocate of religious pluralism generally — who think our fundamental constitutional value should be pluralism and maybe there should be a way to reconcile what the city is trying to do and what Catholic Social Services wants to do.”

Citron also noted that the case has the potential to address a major religious freedom decision that many religious freedom advocates believe it’s time to revisit. The 1990 decision,Employment Division v. Smith,establishedthat if a law applies to everybody and is not specifically targeting any one group, the law is permissible even if it interferes with religious views or practice.

Philadelphia’s Catholic Social Services has “asked to reconsider that decision as part of this litigation and that question has been granted,” he said. “So it is possible that the court could change the regime. That makes it harder to anticipate what will happen in a case like this one.”

Clement said that inFulton“there are two big potential issues” that could result in a “blockbuster” ruling.

“One would be to overruleSmithor to not overruleSmithdefinitively, and to keep it in place,” he said. And, “there’s this lurking issue that the court wrestled inMasterpiece Cakeshop, and only got more important because of theBostockdecision, about how do you reconcile religious liberty claims with nondiscrimination provisions that require nondiscrimination on bases that are core teachings of religions? There’s a collision course coming and the court’s going to have to resolve it one way or another and they could do it in this case.”

In its 2017Masterpiece Cakeshopdecision, the court ruled that Christian baker Jake Phillips was improperly penalized by Colorado’s human rights commission for his refusal to provide a wedding cake for a same-sex wedding ceremony; in itsBostockdecisionearlier this year, the court ruled that employers cannot fire workers because of their sexual orientation or self-determined gender identity.

However, Clement also noted, “the facts of this [Fulton]case matter a lot, and there are a lot of exit ramps for the court to decide this case without deciding either of those ‘blockbuster’ issues.”

“There’s probably a greater chance that they do that if they try to decide this case with just eight justices,” he added, “because historically when they’ve had that phenomena they’ve tried to go for the narrower route.”

The legal experts say that the vacancy on the court caused by Ginsberg’s death also makes the process of getting the court to accept a petition for a case more difficult.

Clement said it “affects the court’s docket in a way that Supreme Court advocates are going to feel immediately,” because the court has many pending petitions to hear cases. Four votes are required for the court to take them up a petition, and “any way you slice it,” with one less justice currently on the bench “it’s harder to get four out of eight than four out of nine” to agree to hear a given case, he said, so he anticipates “the docket will be a little thinner in January and February than it would have been with a full court.”

There are some 15abortion casesat the state level that are among the “more controversial” cases that the court could decide to hear in the near future, including a Missouri law that would ban abortion after eight weeks of pregnancy and apetitionfrom South Carolina to bar Planned Parenthood from Medicaid funding.

Another case the Supreme Court could consider taking up is consideration of a Mississippi law that would ban abortion after 15 weeks of pregnancy. The state isaskingthe court to “clarify whether abortion prohibitions before viability are always unconstitutional.”

A further abortion case that the court could take up at any time, including before the vacancy is filled, comes from the Trump Administration, which hasrequestedthat the court block a nationwide injunction from a Maryland judge temporarily suspending the Food and Drug Administration’s rules requiring a doctor’s visit for medication abortion amid the coronavirus pandemic.

Katie Glenn, government affairs counsel at Americans United for Life, told the Register that this case could potentially be the first “statement” on the issue from a newly confirmed Justice Amy Coney Barrett, if the court does not rule on it prior to her confirmation.