Pro-life, no apologies, no partiality: Amy Coney Barrett praised on day 3 of hearings 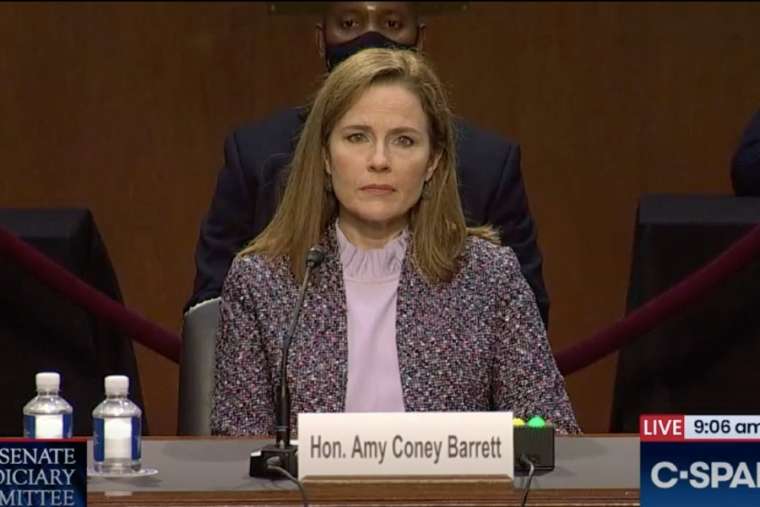 Pro-life, no apologies, no partiality: Amy Coney Barrett praised on day 3 of hearings

Sen. Lindsay Graham hailed Judge Amy Coney Barrett for her convictions and religious beliefs Wednesday morning, while emphasising her ability to be an impartial judge. Graham spoke at the opening of the third day of Barrett’s Supreme Court confirmation hearings before the Senate Judiciary Committee.

“I think it’s pretty clear to everybody that’s been watching these hearings that you and your family are pro-life, that you are a practicing Catholic, and you adhere to the tenets of your faith,” said Graham (R-SC), the chair of the committee. “But I hope people also understand that you have made a pledge to the committee and to the country at large that you will set aside whatever religious views you have when it comes time to decide the law.”

Graham cited one of Barrett’s rulings in the Seventh Circuit, where she upheld a provision that limited protesting at abortion clinics. The South Carolina senator said that he was “highly confident” that she would “judge every American based on their case, not ‘the law of Amy.’”

“I have never been more proud of a nominee than I am of you,” said Graham.

Ranking minority member Sen. Dianne Feinstein (D-CA) followed Graham by asking Barrett about her legal reasoning and how she would approach the process of judicial legislative review.

The California senator asked Barrett to describe her views on severability, particularly as it related to the Affordable Care Act and if she agreed with the late Justice Antonin Scalia.

“Severability strives to look at a statute as a whole and say ‘Would Congress had considered this provision so vital–that kind of in the Jenga game–pulling it out, Congress wouldn’t want the statute anymore?’,” Barrett explained.

Barrett said that severability is the function of “the Court and Congress working hand-in hand.”

Feinstein said that this was “quite the definition” and that she was “very impressed” with Barrett’s reasoning.