“Properties of a Wound”: The Eucharistic Miracle That Occurred After Bl. Carlo Acutis’ Death 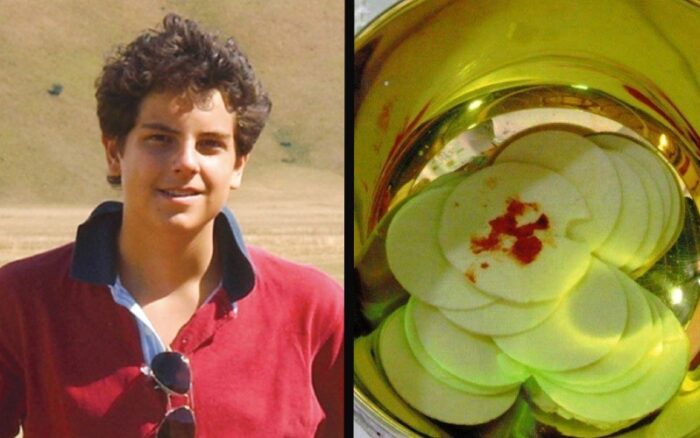 “Properties of a Wound”: The Eucharistic Miracle That Occurred After Bl. Carlo Acutis’ Death

Have you heard of this Eucharistic miracle?

Bl. Carlo is best known for his incredible computer programming skills and his website dedicated to Eucharistic miracles. Bl. Carlo died of leukemia on Oct. 12, 2006. Pope Francis beatified him on Oct. 10, 2020.

Fr. Goring explains the “phenomenal” Eucharistic miracle that occurred on Oct. 21, 2006 in Tixtla, Mexico. He said many people associate it with Bl. Carlo because of his deep Eucharistic devotion and how closely it occurred following his death.

Here’s the story below:

“A religious sister was giving out communion at communion time…” Fr. Goring says as he quotes the book, “Eucharistic Miracles of the World.”

“Her eyes filled with tears. This immediately attracted the celebrant’s attention. The host she had taken to give communion to a parishioner had begun to ooze a reddish substance.”

“Two studies conducted by eminent forensic experts with different methods have shown that the substance originates from the interior, excluding the hypothesis that someone could have applied it from the outside.”

“This was a fascinating discovery–this red substance that oozed from the consecrated host had the properties of a wound,” Fr. Goring comments.

“The blood comes from inside the body and spreads out.”

“[The book] goes on to say, ‘the tissue corresponds to heart muscle.’ (Which is so consistent in all the Eucharistic miracles–we find human heart tissue.

“It says, ‘No study exists that can maintain cardiac tissue alive in this situation. Normally after 48 hours, the tissue dies. While here, three months had passed before the result could be obtained, and this is truly inexplicable for science.”

Most Rev. Alejo Zavala Castro (the bishop  of the Diocese of Chilpancingo-Chilapa at the time), requested this scientific investigation through Dr. Ricardo Castañón Gómez.

The scientific team released this statement:

“The reddish substance analyzed corresponds to blood in which there is hemoglobin and DNA of human origin.

“Two studies by eminent forensic experts using different methodologies have shown that the substance originates from within , excluding the hypothesis that someone could have placed it from the outside.

“The blood type is AB, similar to that found in the Lanciano Host and the Shroud of Turin. A microscopic magnification and penetration analysis reveals that the upper part of the blood has coagulated since October 2006. In addition, the underlying inner layers reveal, in February 2010, the presence of fresh blood.

“The event has no natural explanation.”

What do you think of the miracle?