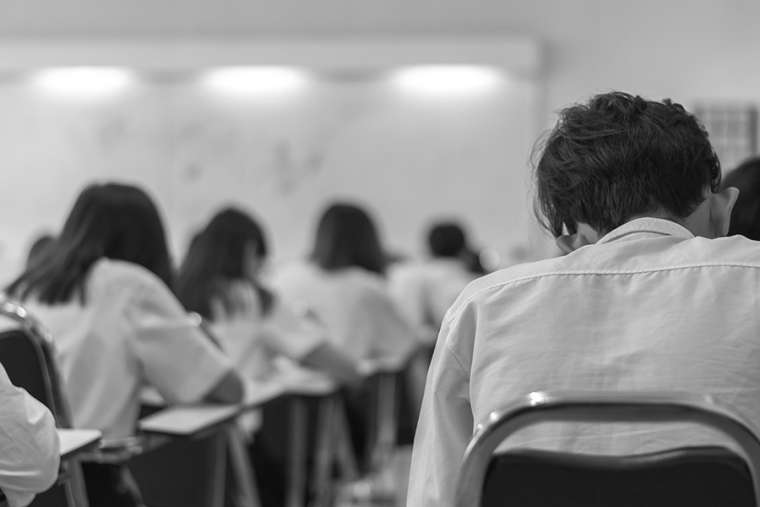 A group of public, private, and faith-based school officials, as well as physicians and parents, are arguing for a return to in-person learning in Los Angeles schools after seven months of only virtual instruction.

The Students First coalition argues that safe in-person learning is possible during the coronavirus pandemic with proper protocols in place. The group also argues that keeping schools closed disenfranchises the poor and treats schools differently than other businesses, like restaurants and day cares, which have been allowed to reopen.

“We are urging our County Board of Supervisors and Department of Public Health to put Students First by creating a pathway to safely reopen schools,” the group said in a statement.

“Since March of this year, more than 1.4 million children have been prohibited from in-person instruction in schools throughout the county,” the coalition stated in a September 28 letter to the Los Angeles County Board of Supervisors. It warned that almost seven months of isolation has led to “social, emotional, mental and instructional harm on students and their families.”

Signatories of the letter include Paul M. Escala, superintendent of schools and senior director for the Roman Catholic Archdiocese of Los Angeles; Tom Konjoyan, head of Village Christian School and representative for LA County Christian Schools Coalition; Dr. Casey J. Nagel with the American Academy of Pediatrics; as well as representatives from Christian, Episcopalian, Lutheran, Waldorf, Seventh Day Adventist and Jewish schools in the county.

The coronavirus pandemic shuttered schools across the country last March, and has led to tenuous and contentious reopenings this fall in many cities throughout the country. Most schools have had to adopt some kind of “hybrid” plan, with some in-person students and virtual learning available for students who choose to continue to learn at home. Schools have also had to come up with contingency plans in the case of a coronavirus outbreak in their school or community.

In June, the Archdiocese of Los Angeles released an 18-page document entitled, “Starting the School Year Smart,” with health and safety guidelines that would allow for the reopening of their schools in the fall. In July, California Governor Gavin Newsom announced that the reopening of Los Angeles schools would be delayed “indefinitely,” according to the Los Angeles Times.

On September 10, the Los Angeles Times reported that schools in the county would not be allowed to return to in-person learning until at least November. The news came after two calls between county public health and school officials.

On September 14, small groups of students with special needs were allowed to return to in-person learning, at no more than 10% capacity for any given school. Priority was given to students with disabilities and those learning English.

The coalition stated that while it applauded the return of students with special needs to in-person learning, many private and parochial schools were too small to afford such a limited return, and that they had already seen a drop in enrollment and loss of funds since the pandemic began. But their small size could be a boon when it comes to social distancing during in-person learning, the group added.

The coalition also said that their schools had anticipated a return to in-person learning for their elementary students under state-approved waivers, which would allow for reopenings in counties with less than 200 cases per 100,000 residents. The county of Los Angeles met that metric for four weeks, and yet elementary schools remained closed, the coalition noted.

As of August 26, The Mercury News reported that more than 100 such waivers had been granted to other schools in the state of California, and only four applications had been turned down.

The coalition told county officials that their schools are prepared to meet the needs of families who want to keep their children home with hybrid plans of virtual and in-person learning, but that in-person learning should be phased in as soon as possible.

Poor families who are struggling to afford daycare for their children who would otherwise be in school are among those who suffer the most with continued school closures, the coalition stated.

“For many families, the cost of school-hour day care is impossible to afford and inaccessible to reach. Affording $200-$500 per child, per week disenfranchises the very communities who are already disproportionately impacted by the COVID-19 pandemic,” the group stated in their letter to the county board of supervisors.

Schools are also being treated differently than other businesses that have been allowed to reopen, the coalition added, and children have accounted for a very small percentage of the coronavirus cases seen in the county thus far.

“Life during the pandemic has gone on for many in our community – why not students?” the group stated.

“Restaurants, gyms, hair salons and barbershops, libraries, hotels, childcare and day camps, some retail and other consumer outlets are open with modifications. In fact, according to LACDPH (Los Angeles County Department of Public Health), among the 7,238 day-care facilities that have been open as of the end of July, 75 cases among children have been reported. This equals approximately 0.00029 percent of total cases in LA County.”

The coalition stated in a press release that it is seeking four “action steps” from county officials. The first is that county officials “communicate transparent, data-driven public health metrics to reopen schools.”

The second is that transitional kindergarteners through third graders are allowed to return to in-person learning “immediately” under the state waiver guidelines.

Third is that schools will be allowed to “phase-in reopening of upper grades (4-8 and 9-12) on two-week intervals based on achievement of public health milestones aligned with the State of California’s Blueprint for a Safer Economy.”

And finally, the group asked for the restoration of the Department of Public Health’s K-12 working group “to provide regular input to department leadership on guidance and protocols from school administrators and local health care experts.”

“Students have no do-overs with regard to their education. Students are falling behind and suffering emotionally. Distance learning is an inadequate solution for many children,” the coalition concluded in its letter.

“The lack of academic and social development of students by remaining isolated will not only impact their own lives, but those of our future as a society. A safe and balanced approach to in-person instruction starting with our youngest students is possible. We need you to act.”

The coalition is urging concerned families to contact the Los Angeles County Board of Supervisors to advocate for a return to in-person learning, through aformthat can be found on the California Catholic Conference’s website.