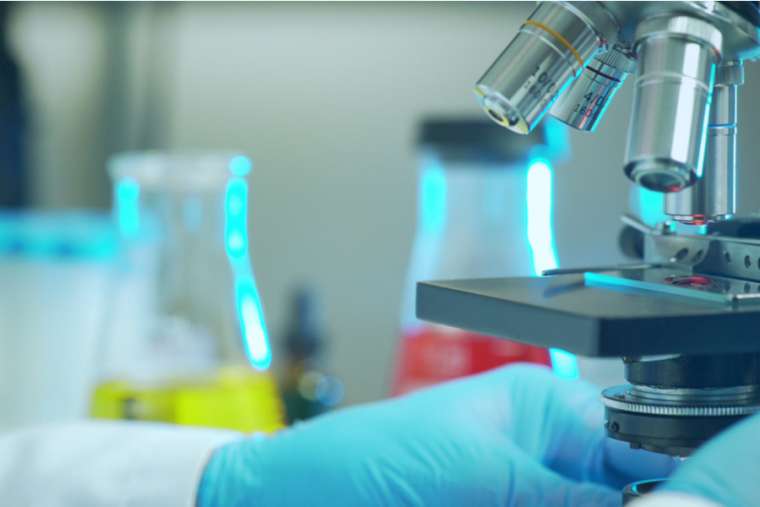 With more than 1,000 deaths a day still being registered in the United States, coronavirus vaccines are being developed, and tested at speed. Ahead of an effective vaccine being found, some government officials have broached the possibility of mandatory vaccinations—prompting ethical and legal questions.

Governments, as a general principle, have the authority to mandate vaccinations when the public health requires it, one ethicist said.

“In principle, when there’s a public health emergency, and there’s reason to believe that a vaccine is crucial to overcoming that emergency, the government does have the authority to mandate vaccination,” said Dr. Melissa Moschella, a philosophy and ethics professor at The Catholic University of America.

“That’s been done in the past, and at times that can be a reasonable and legitimate thing to do,” she told CNA.

Last Friday, Virginia’s health commissioner Dr. Norman Oliver told News 8 that he would require all citizens in the state to receive a COVID vaccine if one is reliably produced.

“We would not launch a campaign around mass vaccination with anything that hasn’t proven to be safe,” Oliver told News 8 last week.

However, a spokesperson for the state’s governor Ralph Northam told News 8 on Monday that the administration has not yet decided to mandate a vaccine, instead relying on citizens of the state to receive one voluntarily.

A state vaccine mandate during a public health emergency would actually be constitutional, provided that it is applied evenly and that the situation is grave enough to require it, said Richard Garnett, a constitutional law professor at the University of Notre Dame.

“State governments have much broader powers over their states than the federal government does under the federal constitution,” Garnett said of state “police” power.

“It’s difficult to say much that’s true across-the-board, except to say that, as a general matter, state governments have the power to regulate in the interest of the public health, and that does include requiring vaccines,” he said.

However, a government mandate should be avoided if a less-coercive means of ensuring public health are available, Moschella said.

“If coercion would be the only way to enable society to kind of move forward, rather than being severely limited by concerns about the spread of COVID-19 as we have been,” she said, “then there could be a justification for that.”

However, she said, “the non-coercive route is clearly the preferable one.”

Furthermore, exemptions should be granted that “respect other fundamental rights of individuals,” she said, such as exemptions for people with high medical risks, and religious or conscientious objections to receiving a vaccine.

However, religious exemptions to a vaccine mandate would not be automatic under the U.S. constitution.

“There is not a federal constitutional right to opt out of a vaccine requirement,” Garnett said.

Rather, the possibility of receiving a religious exemption to a vaccine mandate might depend on where one lives. States vary as to the extent of their religious freedom protections, and many states have more narrow religious free exercise protections in their constitutions than those granted in the first amendment of the federal constitution, Garnett said.

In Virginia, for instance, only a medical exemption is granted by law to a vaccine mandate during a public health emergency. Two bills to allow for religious exemptions were defeated in the state legislature this week.

Catholics may have “reasonable concerns” against receiving a COVID vaccine once one is produced and distributed, Moschella said, such as concerns about rushed production or lack of testing.

President Trump said in his acceptance speech at the Republican National Convention this week that a coronavirus vaccine would be ready by the end of the year or sooner, while public health officials have cautioned that one may not be ready until several months into 2021.

In July, the president of the National Catholic Bioethics Center, Joseph Meaney, warned against rushing the development of a coronavirus vaccine. Potential recipients must be well-informed about the risks of the vaccine, and these risks or potential side effects might not be fully known if a vaccine is rushed to market.

“One can also think hypothetically about how coercive measures requiring persons to take a vaccine that has not had the time to be tested thoroughly would be ethically unacceptable,” Meaney said.

Legitimate concerns about receiving a rushed vaccine should be weighed against the possibility that the vaccine could help stop the transmission of the virus, Moschella said.

Another question raised about vaccine production is who would get one first, once a coronavirus vaccine is developed.

Pope Francis said Aug. 19 that developed countries should not hoard a coronavirus vaccine at the expense of the developing world, emphasizing that poor people must have access to one if it is distributed.

Moschella stated that “The vaccine is an extremely-important public good. In a way, it’s kind of analogous to things like water, clean air, or basic goods to meet peoples’ basic needs.”

“Without the vaccine, countries can be completely crippled economically, can face devastating death rates, particularly in places where they don’t have advanced medical systems or the kinds of resources that we have here, or in Europe,” she said, noting that it would be a “terrible injustice” if poorer countries did not have access to a vaccine.

In May, Bishop James Wainaina of Muranga warned against the exploitation of the poor in coronavirus vaccine trials.

He said that testing potential coronavirus vaccines on Kenyans could disrespect human dignity, and amount to a breach of the country’s constitution, especially if Kenyans are not fully informed of the risks involved in testing new drugs. His statement came after Kenyan media reports that drugs and vaccines in development to treat COVID-19 could be tested in the country.

Another concern Catholics have raised about a potential coronavirus vaccine is whether or not it is produced by using cell lines derived from aborted babies.

Commonly-used vaccines—such as those used to fight measles, mumps, and rubella—have used HEK-293 cell lines, derived from babies aborted in the 1960s.

The Vatican has previously said that researchers have a duty to avoid using these cell lines in vaccine production, but that parents can, for serious reasons, use these vaccines for their children if already produced, in the interest of public health, while publicly advocating for an ethical alternative.

In 2017, the Pontifical Academy for Life issued a statement on commonly-used vaccines in Italy, saying that “the cell lines currently used are very distant from the original abortions and no longer imply that bond of moral cooperation indispensable for an ethically negative evaluation of their use.”

Furthermore, the academy said, “the moral obligation to guarantee the vaccination coverage necessary for the safety of others is no less urgent, especially the safety of more vulnerable subjects such as pregnant women and those affected by immunodeficiency who cannot be vaccinated against these diseases.”

Some Catholic leaders, including leading U.S. bishops and the Archbishop of Sydney have advocated for governments to fund an ethical coronavirus vaccine that does not use cell lines derived from aborted babies.

Archbishop Anthony Fisher, OP, of Sydney, said that a COVID vaccine “will be ‘as near to mandatory as possible’” in Australia once it is ready, and outlined the ethical concerns of Catholics about the AstraZeneca/University of Oxford vaccine candidate that uses the HEK-293 cell lines.

He asked the government to fund another vaccine that is not derived from cell lines from aborted babies.

Issues of cooperation with evil are complex, especially the further one gets from the act of evil itself, Moschella said.

“We benefit from knowledge that was gained through unjust experimentation during the Nazi regime,” she said. “We’ve benefitted from unjust human experimentation in our own country, in many places, prior to the development of better informed-consent guidelines.”

In many cases today, she said, it is almost impossible to avoid benefitting from knowledge, products, or goods derived from unjust acts.

While Catholics should advocate for justice and for pro-life causes—including the development of more ethical vaccines and innovations—“when the connection to the injustice is so tenuous and so far in the past, I believe there’s no reason to avoid using, in this case, the vaccine.”