Re-Imagining Catechesis in the Wake of COVID-19 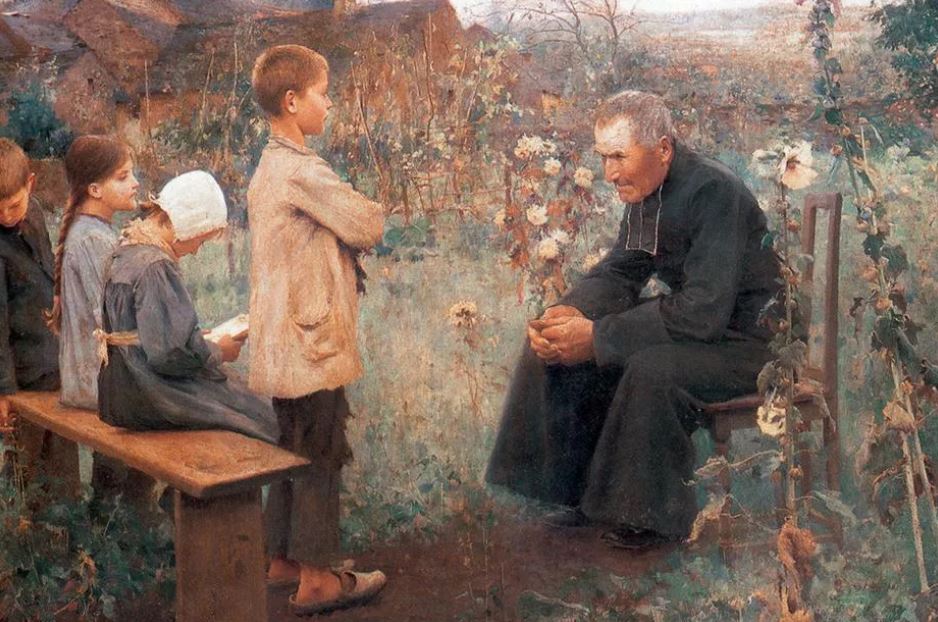 Re-Imagining Catechesis in the Wake of COVID-19

Faith is shared most effectively in the domestic church, among family members.

As has lately been the case for nearly everybody involved in ministry, education and many other fields, the outbreak of COVID-19 has caused my place of employment, the St. Philip Institute of Catechesis and Evangelization, to rethink everything.

This summer, instead of hosting our annual conference for catechists in our diocese, we shifted to an online conference. I’m relatively new to my position, but it’s been a wild ride. I didn’t anticipate starting a new job, moving my family 800 miles, defending a dissertation and having a baby in the span of a few months to be some of the more mundane things to happen in 2020. Who knew!

One thing has become increasingly clear to me as the pandemic wears on: maybe “normal” wasn’t really great. At least when it comes to catechesis, maybe the pandemic didn’t break things… it just showed us more clearly where the cracks already were.

I should be clear here at the outset that I don’t have a magic bullet solution, just one possible strategy. But it’s still worthwhile to consider the mess we’re in. Here are a few truisms of working in catechesis, religious education, faith formation, or whatever other terms may apply:

1 – In most places, Confirmation happens several years after First Communion. In that circumstance, DREs can expect a large enrollment in their programs leading up to First Communion, maybe half of whom stick around for third grade, then things trickle down to almost nothing. Then somehow 40 kids show up out of nowhere for Confirmation.

2 – Depending on whether Confirmation happens in high school, middle school or (as in restored order dioceses) elementary school, it’s almost impossible for most parishes to retain children for faith formation. After Confirmation, they’re gone — if they even make it that far.

3 – Many children or young adults who go through Confirmation prep haven’t been to confession since their first confession. It was a pre-Communion hoop, they jumped through it, and now, as Confirmation approaches, they might jump through that hoop again. But confession as a regular practice is very rare to see.

4 – Add to this the fact that ex-Catholics are one of the largest and fastest-growing religious demographic groups around, and that Mass attendance (pre-COVID!) was already in the 20% range, and you have a pretty ugly picture.

So the question to consider is, should we even hope for things to go back to normal? Wasn’t normal already kind of a mess? Quite frankly, yes.

In most cases, “normal” approaches to faith formation have been just slightly better than doing nothing. And I count myselfverymuch in that boat. I worked in parish ministry for several years and I’m the first to admit I didn’t try to fix the whole paradigm. I really didn’t think much about it. I just went along with business as usual. But that “usual” only worked for a short period of time. Maybe it’s time to see that it’s broken.

The whole CCD/religious ed/faith-formation meeting asclasses, either in the evening or on weekends, has always been a sort of rudimentary copy of the classroom experience. Truth be told, there isn’tmuchof a history for it. In the U.S., catechesis happening at the local parishschoolwas a sort of pragmatic response to the fact that many public schools included religious education from a Protestant view.

In 1884 the Third Plenary Council of Baltimore called for parishes to build schools, and for Catholic parents to send children to those schools, as a way of ensuring that Catholic education would have a safe haven, to counter the Protestant education that was being offered at public schools. There’s of course much more to this story, but the roots of the classroom model are, to say the least, not a perennial form of handing on the faith.

Saints were formed prior to the establishment of religious education programs and classroom-model CCD. John Paul II didn’t become a saint, for instance, because he had an outstanding religious education curriculum. St. Thérèse of Lisieux didn’t develop into the great “little” saint she was because her parents took her to CCD once a week and she memorized her catechism. St. Faustina not only didn’t go to school very long, she didn’t even get to go to Mass every week because her family didn’t have enough dresses for every one of their daughters to attend Mass at the same time.

So, if the CCD/classroom model is a relatively new idea (in ecclesial timelines), and there have been saints who certainly did without it… what does that tell us?

For me, I’ve come to realize that a great parish religious education program is good, but it’s not really the goal. To paraphrase one of my favorite TV shows (Halt and Catch Fire), a solid faith formationprogramisn’t the thing… it’s the thing that gets youtothe thing.

So what’s the actual thing? Or the goal? I think that the goal ought to be building a good domestic church. This term, which has an ancient provenance in the Church, has been renewed in its usage and importance since Vatican II and really hits home today. In the Diocese of Tyler, Texas, we recently hosted an online conference exploring the purpose of the domestic church and ways we can encourage parents to take up the idea. By a quite happy coincidence, the Word on Fire Community (a free group on Facebook) also recently hosted a conference on the same theme.

The resurgence of the idea of the domestic church, precisely due to the COVID-19 pandemic, is a happy accident. Any frank assessment of faith formation efforts, at least in most places, reveals that we need a different approach. Research has shown that the primary indicator of whether a teen or young adult will continue to practice their faith is the dedication of their parents. That is, when the father regularly goes to church, there is a strong correlation that the child will continue. A less significant, but still notable, influence is seen by the mother’s attendance at church.

We might say this is science showing us what the faith already tells us: faith is shared most effectively, most meaningfully, in the household, among family members. And that is precisely what the image and idea of the domestic church is about. This idea is in fact not a new one at all; it’s woven into the fabric of salvation history, both in the Old Testament and in the New Testament.

What we see in Scripture is that God operates in relation to human beings via covenants. In these covenants, God establishes bonds of kinship or family. And then he proceeds to work through those families to effect his will for salvation history. He doesn’t reach out to lone individuals to incorporate them and form them into the People of God. Instead he calls leaders of families, and through these families or tribes, passes on the Law.

In fact, until the Levitical priesthood was established, the father of each family was the family priest, responsible for offering sacrifices and prayers on behalf of his family. It was only because of the serious failure of the Israelites at Mount Sinai that God had to relegate the responsibility of leading sacrifice and prayers to the tribe of Levi. One might say Plan A was for families to worship as a unit, and Plan B involved the ministerial priesthood reserved for only select men.

Trying to build up the focus on the domestic church, then, the contemporary Church is in some way following the biblical mold. We’re recalling some of our most foundational truths. After all, the family, the Church says, is the foundational cell of society. We see, too, the importance of the “household” of faith in the New Testament (Cf. Acts 16: 27-34).

This is why the Second Vatican Council taught the following:

The family is, so to speak,the domestic church. In it parents should, by their word and example, be the first preachers of the faith to their children; they should encourage them in the vocation which is proper to each of them, fostering with special care vocation to a sacred state.

The family is really where faith formation happens best. Of course, not every family is particularly well-equipped to take on this responsibility.Thatis where faith formation efforts really need to be directed. Getting parents and families in position to take on their unique role. In a way, it’s really a form of subsidiarity. Parishes and dioceses can never replace the role of parents. What parishes and dioceses need to do is focus their efforts on building the domestic church. Telling parents not just that they have a responsibility to train their children in the faith (which they pledged to do at Baptism), but also by giving them the confidence and resources to make that a reality.

I submit that by doing that, we will reap the fruit of a healthy and living church. Rather than trying to end only to the leaves, we need to tend to the roots.

Vatican II calls the family a school of human enrichment, and John Paul II said the family is where we learn mercy and virtue by word and example. The late pope also said that families can teach us how to honor the elderly as well as to care for the youngest and weakest members of society. Above all, the family, as a domestic church, becomes the proper place for prayer, for conversation with God, and for the discernment of vocations.

If we can succeed in shifting our focus and our mindset about what the aim of catechesis should be, or who the audience is, away from classroom models and instructing children, and back toward families and parents, I think it would be perhaps one good thing to come out of this awful pandemic. In the end, it’s probably what we should have been doing all along.

His Door Is Gold

Only a Virtuous Person Can Live a...