Reader punched in the face at Sunday Mass in Philadelphia; motive unknown 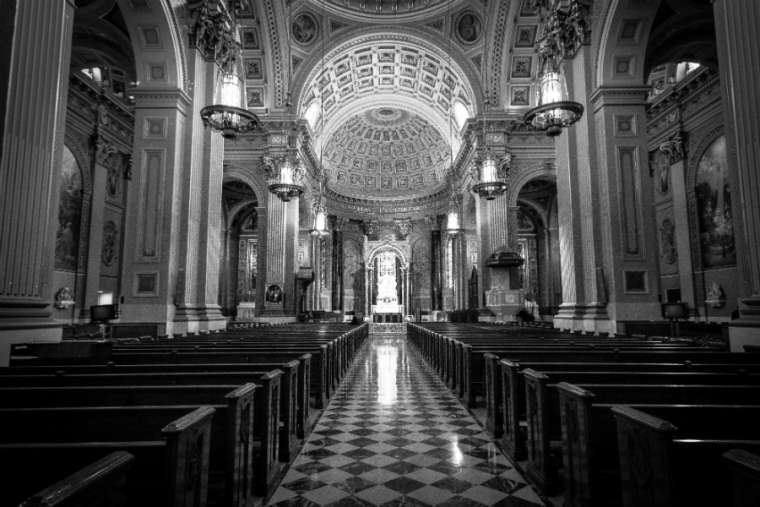 Reader punched in the face at Sunday Mass in Philadelphia; motive unknown

Most people do not expect the Gospel passage “When someone strikes you on your right cheek, turn the other one to him as well” to take on a literal meaning in their lives – much less in the middle of Mass.

But it did become literal for one reader during Sunday Mass at the Cathedral Basilica of Saints Peter & Paul in downtown Philadelphia.During the 11 a.m. Mass on Aug. 23, which was being livestreamed, two female readers concluded their readings and were walking back to their pews, when a woman from the congregation assaulted one of them, yelling and punching her twice in the face. The attack was seemingly unprovoked.

“Such behavior is unacceptable at all times, especially within the confines of a church building and during the celebration of the Holy Mass. I was saddened to learn of this incident and regret that it took place,” Archbishop Nelson J. Pérez of Philadelphia said in a subsequent statement on Sunday.

The lector “received immediate attention and assistance from Cathedral staff members off camera. She did not require medical attention and is doing well based on the reports I have received,” Perez added.
Multiple disturbed viewers of the attack at the livestreamed Mass offered their prayers and support to the lector in the comments on thevideo, which was posted to Facebook.

“Praying for the one that was hit! That is horrible,” Peggy Sitborn commented.

“Thank you for this Mass. So saddened by the display of violence after the readings,” Margie Santiago said.

According to Kenneth Gavin, chief communications officer for the Archdiocese of Philadelphia, the reader did not know the woman who attacked her, and “it is unclear what precipitated the assault.”

Gavin added that “there are safety and security plans in place for the Cathedral Basilica of Saints Peter and it is a safe place to visit and to worship.”

Perez said that the reader and cathedral personnel are “cooperating fully” with law enforcement regarding the “senseless act of aggression.”

“Violence has no place in our world and every life is a precious gift from God,” the archbishop added. “Please join me in praying for everyone involved in today’s incident and for respect for our fellow brothers and sisters.”

The incident follows numerous acts of vandalism and suspected arsonat Catholic Churches across the country this summer.