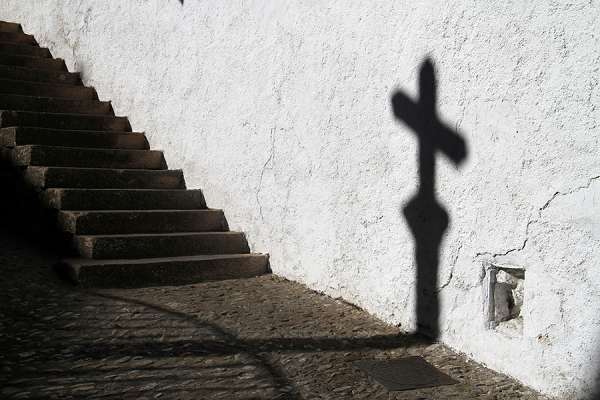 CNA Staff, Nov 19, 2020 / 06:27 pm (CNA).- The reconstruction of a church in Beirut severely damaged by the massive explosion that rocked the city this summer is a sign of hope to the area’s inhabitants, said a local priest.

Fr. Nicolas Riachy is pastor of the Church of the Savior in Beirut, Lebanon. He told Aid to the Church in Need (ACN) in a recent interview that the blast not only damaged his church, but caused a local exodus.

“Ten percent of the population of this neighborhood has left, because they can no longer live in their homes,” he said. “I can’t do anything to stop them because I can’t give them security, which is what they want.”

It is becoming more and more difficult to maintain hope, he said, as “those who have money and a foreign passport leave, but we poor people will die here.”

The priest hopes the rebuilding of the church will be a beacon of hope amid difficult circumstances.

On the afternoon of August 4, 2020, a massive explosion ripped through Beirut, as 2.75 metric tons of ammonium nitrate stored in a warehouse exploded in the city’s port area.

Survivors of the explosion told Aid to the Church in Need that it had left the area economically devastated and the people traumatized. One survivor said it was “worse than a war, because it took out everything at once. The effort of years was lost in seven seconds.”

The incident caused the total destruction of the poor neighborhoods around the port, where migrants and Christian workers who came from the mountains in search of a better life settled.

Riachy said his church lost its roof in the blast. The Greek Melkite church was built in 1890 and is one of the oldest in the city. It has great historical value for Beirut and has a symbolic location on the border between Christian and Muslim neighborhoods.

“We’re a kind of gateway to the Christian quarter,” Riachy said. “To those who want to stay we must give hope, our mission is to bring a light to the darkness we are living in.”

“There’s no Christianity without a cross,” he added. “Our example is Christ. It’s hard to be Christians, but many are still aware that this land is the Holy Land and that we can’t abandon it.”

The church is now undergoing reconstruction work, with the support of Aid to the Church in Need, which has pledged 5 million euros to help Christians in Beirut rebuild after the August explosion.

The cleaning phase of the church is nearly complete, but Riachy said there is still scattered glass and shattered window frames on the sides and entrance of the building.

“If the seasonal rains come it will damage everything. In addition, there’s a crack that must be fixed so that everything doesn’t collapse,” he said.

He voiced gratitude to Aid to the Church in Need for their help, saying the rebuilding efforts would be impossible without outside aid.

“All the homes of my parishioners have their windows and doors destroyed,” the priest said. “And then there’s the economic crisis. The banks won’t let people withdraw their money, now they have nothing. How can they help me rebuild the church?”

Riachy said he hopes the church will help bring hope to the Christians who remain in the city.

“Pope Francis said that a Middle East without Christians is unthinkable,” he added. “I hope this church can continue to be a beautiful testimony of the word of the Lord.”

Could Trump issue an executive ord...