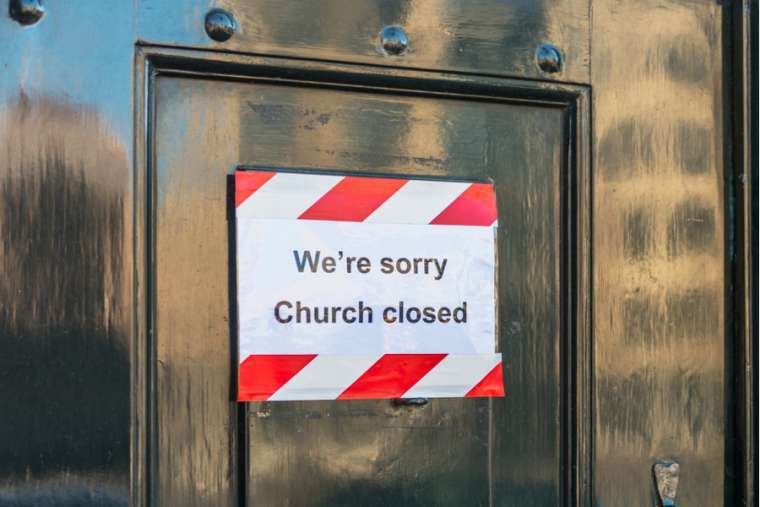 The Center for American Progress, a longtime critic of religious freedom protections, has claimed churches seeking equal treatment under coronavirus public health rules have been “distorting religious freedom into a license to spread the coronavirus.” But religious liberty experts disagree.

Churches “argue that religious freedom should essentially overrule all other rights,” Center for American Progress staff said in a May 6 commentary. “Using religious freedom as an excuse for continuing to hold in-person gatherings is one of the most alarming examples yet in their attempt to redefine the principle.”

But Teresa Stanton Collett, a law professor at the University of St. Thomas, disagreed with that claim.

“They also represent a more robust understanding of human needs – needs that extend beyond mere physical existence. They are similar to, but different from the exemptions for journalists and reporters. Both exemptions are grounded in constitutional protections recognizing our need for human connection and communication.”

The Center for American Progress has claimed that officials in at least 20 U.S. states “discriminated in their implementation of public health orders by including religious exemptions.”

“Giving religious communities a free pass to remain open, thereby spreading the virus, has never been based on evidence-based public health guidance,” said center staff. “Those exemptions were made to acquiesce to certain conservative religious leaders, politicians, and legal advocacy groups who advance a narrative that conservative Christians are being persecuted in this country.”

While the center tried to depict these policies as conservative, it listed several Democrat-controlled states with religious exemptions.

Those states include New York, whose March 20 order did not order houses of worship to close but “strongly recommended no congregate services be held and social distance maintained.” Massachusetts’ March 22 order recognized workers at places of worship as essential and exempted these places from closure, but still limited gatherings to no more than 10 people. Colorado’s April 1 order allowed houses of worship to open, provided they “practice social distancing or use electronic platforms.”

A minority of those who contract the coronavirus will suffer severe symptoms and require hospitalization, and severe cases can be deadly. Over 102,000 Americans have died from the coronavirus, out of some 1.75 million confirmed cases, according to Friday figures from Johns Hopkins University’s Covid-19 Dashboard.

The Center for American Progress’ May 6 commentary, “The Plan for Reopening Houses of Worship After the Coronavirus Crisis,” built on previous critiques. Its March 27 commentary, written early in the epidemic, bore the threatening title “Religious Exemptions During the Coronavirus Pandemic Will Only Worsen the Crisis.”

Richard W. Garnett, law professor at Notre Dame Law School, told CNA that these Center for American Progress commentaries “repeat their standard, but incorrect, claim that religious freedom advocates are ‘misusing’ religious freedom principles and laws in order to burden or harm others, are claiming an ‘absolute’ right to override general laws, and are trying to assert, in the name of religious freedom, a ‘license to discriminate’.”

“This is hyperbole,” Garnett continued. “In fact, religious freedom advocates and litigators contend that because religious freedom is foundational and fundamental — as both international human rights law and the American tradition recognize — it is appropriate for governments to take care not to burden religious practice unless it is necessary to advance a compelling public interest.

“Not all religious exemptions can be granted and religiously motivated conduct is not immune from reasonable regulation. But, in our tradition, if we can accommodate religious practices, then we should.”

The Center for American Progress also criticized the religious liberty legal groups Becket, Alliance Defending Freedom, and Liberty Counsel, saying they “have been twisting religious freedom into a license to attack vulnerable populations for years before the pandemic.”

The legal groups were among those supporting more than a dozen state and federal lawsuits seeking to reduce or lift limits on in-person religious worship.

In the case of Greenville, Mississippi, the city allowed drive-in restaurants to operate under coronavirus restrictions but tried to fine attendees at a drive-in church service $500 per person.

“After legal action was initiated, the mayor reversed his positions. As U.S. Attorney General William P. Barr said in his statement supporting the churches, ’religious institutions must not be singled out for special burdens’,” Collett said.

It is “irrational and unconstitutional,” she added, to allow retail stores to open with social distancing requirements while prohibiting religious gatherings of more than 10 people in spaces built to accommodate 200 or more.

A more contested principle in these debates, said Collett, is the claim that religious beliefs, communities and activities are “uniquely valuable” and any restriction must have “greater justification,” like other First Amendment rights of speech and assembly.

“This is the principle that some governors and mayors relied on when they declared religious activities to be among the state’s essential services,” she said. “Under this principle, the government can temporarily shut down movie theaters and concert venues, while permitting worship services and public masses to continue.”

Garnett echoed these comments. Despite some outlier cases, religious communities “have agreed that reasonable, temporary limits on in-person gatherings are justified by public-health concerns.”

“Mainstream religious-freedom advocates and religious leaders agree that generally applicable, non-discriminatory restrictions on in-person gatherings may be applied to religious services.,” he said.

“They also insist, appropriately, that if our knowledge and the evidence are such that officials determine that some gatherings or group activities are permissible, it is wrong to discriminate against religious gatherings that are similar to those that are permissible,” Garnett continued. “There are lines to be drawn, of course, and comparisons can be difficult, but it would seem that if a casino or a theater can open safely then so can a religious gathering.”

Some of the legal arguments cited by the Center for American Progress themselves seemed to justify this approach.

“As exemptions (for critical infrastructure) pile up, churches have a legitimate beef. When governments fail to apply burdens across the board, the argument that the government must restrict public gathering for worship in the name of the public’s health becomes less compelling,” the legal scholars Robin Fretwell Wilson, Brian A. Smith, and Tanner J. Bean said in a March essay quoted by the center’s staff. These scholars contended that this meant there needs to be “fewer exemptions, not more.”

CNA sought comment and clarification from the Center for American Progress.

Maggie Siddiqi, director of the think tank’s Faith and Progressive Policy Initiative and co-author of the two commentaries, responded:

“As our nation surpasses 100,000 deaths from Covid-19, we would urge states and localities to avoid allowing any large gatherings, including at houses of worship. Numerous outbreaks of the virus have been documented at houses of worship, even when congregants were attempting to practice social distancing. The right to religious freedom is not a license to spread the virus and put communities at risk. We applaud the leadership of the vast majority of houses of worship in our nation that are saving lives by continuing their services while keeping their building doors closed.”

In a May 14 commentary for CNN, Graves-Fitzsimmons said “the administration is once again trying to unfurl the banner of what it might describe as religious freedom, this time as cover for a premature push to reopen the economy.”

The Center for American Progress appears to envision continued limitations on religious worship.

“Even once stay-at-home orders are lifted, gatherings of more than 50 people will need to continue to be banned until herd immunity has been achieved through mass vaccination,” it said May 6. “These continued limitations will have a profound impact on religious communities and will require creative responses.”

However, a group of Catholic clergy and public health experts has put out guidelines on the sacraments and the restoration of public Masses through the Working Group on Infectious Disease Protocols for Sacramental and Pastoral Care, a project of the Thomistic Institute at the Pontifical Faculty of the Dominican House of Studies in Washington, D.C.

One member of the group, infectious disease expert Timothy Flanigan, M.D., told CNA May 21 that the critical question is not necessarily whether it is safe to go to Mass, but whether a religious congregation or any other group gathering is following CDC protocols to decrease the risk of transmission. These protocols include safe distancing, good hand hygiene, staying home if sick, and wearing masks.

Flanigan is a professor of medicine at the Warren Alpert Medical School of Brown University and a permanent deacon in the Diocese of Providence, Rhode Island.

Churches have drawn special concern in part because the novel coronavirus is uniquely difficult and deadly for the elderly who develop symptoms, and some congregations tend to be disproportionately elderly.

Flanigan did not comment on any particular outbreak related to religious venues, but he noted that many incidents of contagion took place prior to the adoption of preventative guidelines.

Collett noted the apparent changing situation of the United States months after the arrival of the coronavirus.

“As our experience and knowledge of the disease, as well as our circumstances change, it is only right that our judgments are changing. And it is not surprising that we still reach different conclusions,” she said.

“Most Americans accepted that a brief shutdown of most of civil society was both necessary and desirable given the unknown nature of the disease, and the frightening images and numbers of deaths in Italy, and then New York City,” she said. “However, as we gain more knowledge about the disease, and see the harm accumulating from continuing isolation and inactivity, more and more ’exemptions’ arise.”

As CNA has previously reported, the Center for American Progress is a participant in a multi-million dollar campaign to limit religious freedom protections, especially where these conflict with the claims of LGBT or pro-abortion rights advocates.

It was founded by John Podesta, a former chief-of-staff for President Bill Clinton and campaign manager for Hillary Clinton’s unsuccessful 2016 presidential run. In 2016, Podesta drew attention after leaked emails implied he had backed several political Catholic groups for a so-called “Catholic Spring” revolt against the U.S. bishops.