Religious Freedom Is On Your Ballot 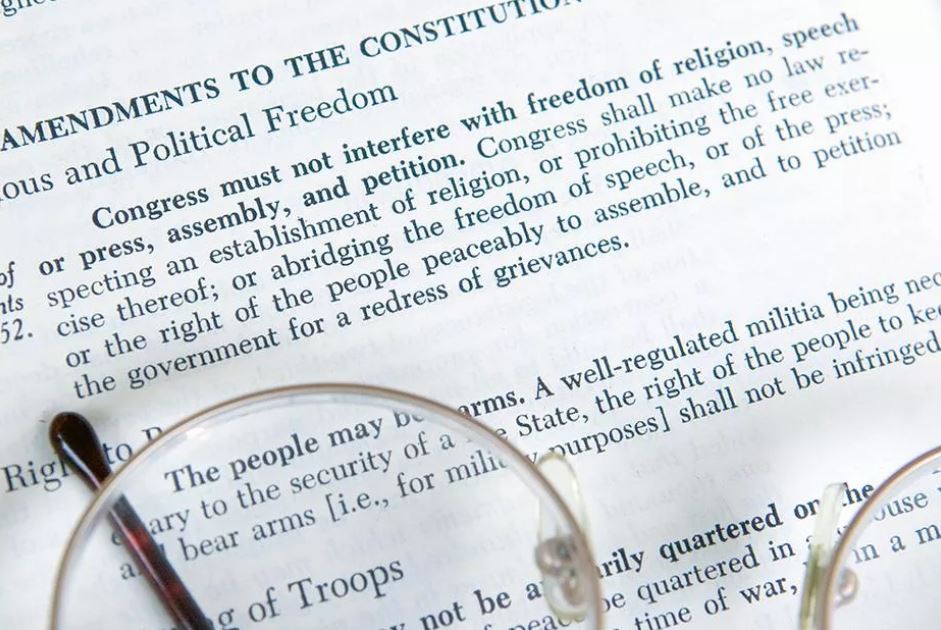 Religious Freedom Is On Your Ballot

Now is the time for us to stand up for the place of full-throated Catholic belief in public life and the valuable contributions of people of faith to society.

A troubling trend is appearing as our country grapples with social unrest and the impact of the coronavirus, but it’s not a new trend. Catholics and other people of faith are singled out for derision and sometimes physical violence. For the sake of our Church and our society, we must respond by defending the right to religious freedom, both when we vote and through our own personal witness.

The attacks on Catholics have shifted from the 19th century discrimination and claims that we can’t be loyal citizens, to the recent assertions that Catholics are judgmental and hateful towards women and sexual minorities.

Just as the arguments of the Know Nothing Party in the 1850s and the Ku Klux Klan in the 1920s demonstrated a failure to understand what Catholics believe, so too do the modern attacks fail to understand and appreciate what we believe about the human person.

However, the goal of these attacks is the same: to shame and sideline Catholics within society and to increase the influence of those who do not accept God’s design for human nature.

In recent years, the lashing out against the Church in the U.S. has increased in its intensity, turning from criticizing her in the media and online to labeling Catholics as discriminatory in various ministries like adoption services or health care. Within the last several months this has even turned into physical violence against our symbols, church buildings and people, as frequently occurs in places like France, parts of Africa and elsewhere in the world.

The American Founders recognized that our self-government relies on a virtuous people. The increase in intolerance and violence we see today underscores this. John Adams addressed the need for virtue directly in a 1798 letter to Massachusetts militia officers, writing, “Our Constitution was made only for a moral and religious people. It is wholly inadequate to the government of any other.” As our country moved closer toward Civil War, Abraham Lincoln emphasized that a self-governing society thrives or dissolves based on its people: “If destruction be our lot, we must ourselves be its author and finisher. As a nation of freemen, we must live through all time, or die by suicide” (Address Before the Young Men’s Lyceum of Springfield, Illinois, 1838).

We are quickly approaching the national election on November 3, when our country will be asked to determine who is best suited to represent us in our legislature and as president. Among the premier concerns for Catholics when they vote are: Who will protect human life at every stage? Who will protect natural marriage and the family? And finally, who will defend religious freedom, protect consciences and the right of people to live out their faith in every sphere of society?

A society that has no common belief in God, and therefore in each person’s identity as his beloved son or daughter, will become less human and less tolerant. When there is no God, something or someone becomes god to fill the void, leading to tragedy, and eventual societal collapse. Now is the time for us to stand up for the place of full-throated Catholic belief in public life and the valuable contributions of people of faith to society.

Essential for every Catholic to fulfill his or her duty as a citizen is knowing where candidates stand on the issues of life, family and religious freedom. It is not possible to be a Catholic in good standing and support abortion or assisted suicide, to promote unnatural sexuality, or to seek to push people of faith out of the public square. Those who do so — Catholic or not — are helping hollow out our culture and contributing to its demise. The further away we get from a virtuous and moral life the more likely will we look like Greece or Rome when they fell, or like Venezuela today. Every Catholic needs to inform themselves on where each candidate stands on these issues by reading news outlets that cover these topics, such as Catholic News Agency or the National Catholic Register.

In the early 1900s it worked for Catholics to develop our own school system, establish hospitals and run our businesses according to our faith. We served and continue to serve the poor and homeless with the charity of Christ, especially seen in the work of Catholic Charities. This was how we protected and grew our faith over the last 100 years, but the “cancel culture” that seeks to silence the sincerely held beliefs of individuals will also not tolerate the presence of these faith-driven entities if we allow it to gain enough momentum. We cannot adopt the mentality of, “it’s fine for others to act that way, but we won’t.” The morals of society will impact us, and we cannot turn a blind eye to evil.

If we want our country to flourish, then out of charity for our fellow citizens and future generations, Catholics need to strongly advocate for the necessity of religious freedom and vote accordingly.