Reparation for the Frightful Wounds Inflicted on the Whole Human Family 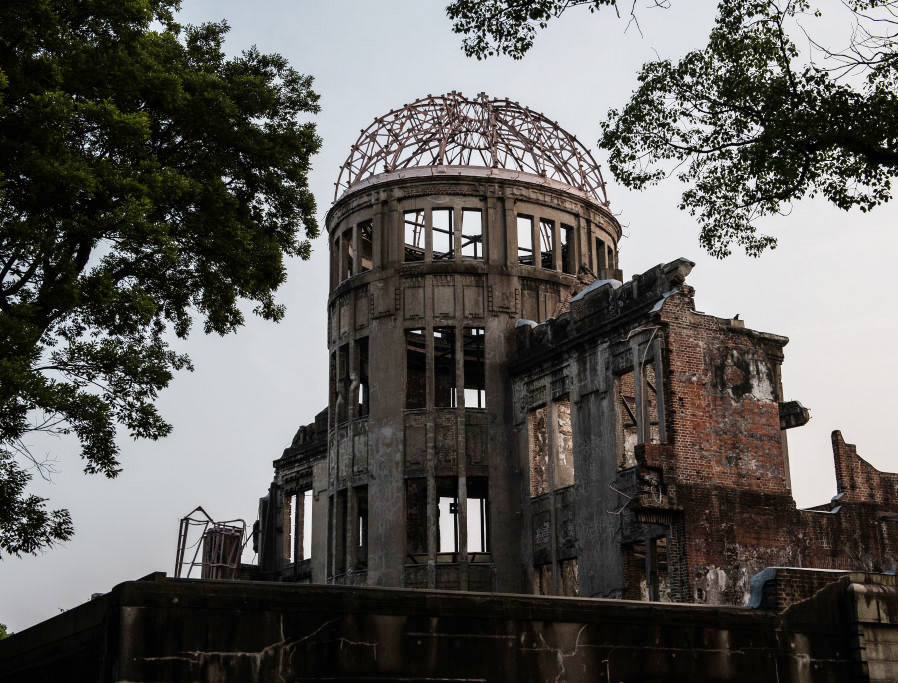 Reparation for the Frightful Wounds Inflicted on the Whole Human Family

Archbishop Fulton J. Sheen spoke forthrightly about the ethical deformation that came from ignoring moral absolutes and justifying the intrinsically evil decision to use atomic weapons.

We mark this week, on Aug. 6 and Aug. 9, the 75th anniversaries of the atomic bombings of Hiroshima and Nagasaki.

As Americans, we look with horror and rightly condemn the evil attacks against Pearl Harbor or on 9/11, where 2,403 and 2,977 people, respectively, died.

What should our attitude be toward the dropping of the uranium gun-type bomb “Little Boy” on Hiroshima and the plutonium implosion “Fat Man” bomb on Nagasaki, which between them killed between 129,000 and 226,000 people, the equivalent of six to 10 weeks of Sept. 11s?

In the United States, a sense of patriotism has kept many of us from confronting how World War II ended. To question the morality of the tombs dropped by theEnola GayandBockscarmainly on Japanese non-combatants seems to question the moral legitimacy of the Allied victory, turn the good guys into bad guys, and undermine the authentic heroism of the greatest generation.

We’re told that dropping the bombs was necessary to prevent an estimated 130,000-220,000 U.S. casualties (25,000-46,000 dead) that would have come from a land invasion of Japan. We’re reminded of the unlikelihood of Japanese surrender through conventional means and of Japanese sadism not only to Allied prisoners of war and the civilians of the Philippines, Korea and China. We had already, after all, obliterated 67 Japanese cities with fire bombings, destroying 267,000 buildings and killing 100,000 people in Tokyo in a single night; is there really that much moral difference, we’re asked, between using conventional rather than atomic weapons to achieve the same end?

Such consequentialist and proportionalistic moral reasoning, however, can’t make something evil good. A just end, like concluding the war or saving American lives, cannot justify any and all means.

Archbishop Fulton J. Sheen spoke forthrightly about the ethical deformation that came from ignoring moral absolutes and justifying the intrinsically evil decision to use atomic weapons with merciless indiscrimination to destroy whole cities in order to intimidate survivors to surrender.

“The dropping of the bomb on Hiroshima,” Sheen said,“blotted out boundaries. There was no longer a boundary between the military and the civilian, between the helper and the helped, between the wounded and the nurse and the doctor, and the living and the dead. For even the living who escaped the bomb were already half-dead. So we broke down boundaries and limits and from that time on the world has said we want no one limiting me. … The key moral question comes down to the principle that the end does not justify the means. A noble intention to end the war does not make immoral acts moral. The same is true in the moral life more generally.”

That’s why when the Popes have visited Hiroshima and Nagasaki, they have spoken in terms of horror and shame over the slaughter of so many people, the wounding of 650,000 more, the birth of the age of atomic and the threat of global self-suicide, and the eclipse of moral reason.

John Paul II in 1981 called it an “unforgettable tragedy,” a “frightful wound inflicted on …the whole of the human family,” and a terrifying realization that “man is capable of destruction beyond belief.” He said that what happened in those cities stands out even against the horror of “concentration and extermination camps where contempt for man and for his inviolable rights reaches its most base and cruel expression.” To remember Hiroshima and Nagasaki, he said, is to abhor nuclear war and to commit oneself to help humanity make a “moral about-face.”

Pope Francis, during his visit last November, insisted, “We cannot allow present and future generations to lose the memory of what happened here.” He said that the two cities must become a “living memory that helps us to say in every generation: never again.” He poignantly asked: “How can we speak of peace even as we build terrifying new weapons of war?” Quoting Pope Paul VI, he said, “No one can love with offensive weapons in their hands.” And that’s why he underlined, “The use of atomic energy for purposes of war is immoral, just as the possessing of nuclear weapons is immoral.”

While the Church has since the start of the atomic age spoken out about the immorality of the use of nuclear weapons —Vatican II had unequivocally and unhesitatingly denounced any “act of war aimed indiscriminately at the destruction of entire cities or extensive areas along with their population” as “a crime against God and man himself” — the condemnation of the possession of nuclear weapons is new to Pope Francis. But it is a clear logical development of Church’s thought.

Nuclear weapons are not collectors’ items. They are maintained with the clear intention and threat to use them under certain circumstances if deemed necessary. The intention to do something intrinsically evil, however, is itself evil. The whole machinery of possessing nuclear weapons involves training people to use them, weeding out conscientious objectors who would hesitate to launch, keeping them on alert, choosing targets, constantly assessing and updating weapons readiness, and so on. Human or system error, after all, could be catastrophic —just remember Chernobyl and Fukushima.

The possession of nuclear weapons has been justified in the past under the guise of a doctrine of deterrence and mutually assured destruction, that one State’s threat of nuclear retaliation will impede other States from attacking with their nuclear weapons. During the height of the Cold War, the Church tolerated it on an interim basis, with John Paul II saying in 1982, “In current conditions ‘deterrence’ based on balance, certainly not as an end in itself but as a step on the way toward a progressive disarmament, may still be judged morally acceptable.”

Over time, however, the “current conditions” have changed: it’s no longer “superpowers” who alone have them in somewhat balanced numbers, but also rogue States with unstable political situations and apocalyptic leaders, and non-State actors and terrorists have striven to obtain them from failed States or corrupt officials. The provisional nature of the tolerance as a gradual step toward gradual disarmament and abolition has proven illusory, as disarmament agreements and commitments have not been honored, allowed to expire, or withdrawn from. The present situation of deterrent possession is destabilizing and crumbling.

There is also a deep moral flaw in the rationale of mutually assured destruction. Two people will never form a friendship if they have loaded guns pointed at each other. Similarly, mutually assured destruction, as Pope Francis stated in 2014, will never be the “basis for an ethic of fraternity and peaceful coexistence among peoples and States.” Now is the time, he said, to “counter the logic of fear with the ethnic of responsibility and so foster a climate of trust and sincere dialogue.”

These thoughts cannot be looked at askumbayautopianism. President Barack Obama said in 2011: “Today I state clearly and with conviction America’s commitment to seek the peace and security of a world without nuclear weapons. I’m not naive. This goal will not be reached quickly, perhaps not in my lifetime. It will take patience and persistence.” President Ronald Reagan similarly committed to this nuclear free world, in 1984, when he stated, “A nuclear war cannot be won and must never be fought. The only value in …possessing nuclear weapons is to make sure they will never be used. But then would it not be better to do away with them entirely?”

As we mark the 75th anniversary of bombings that should never recur, now is the time patiently and persistently to work for nuclear disarmament and eventual abolition. Nuclear weapons won’t disappear by magic or by words. It is a time to ratify, buttress and implement the various international and bilateral treaties to this end. It’s also a time to pursue what the Church has called “integral disarmament,” referring not only to the reduction of weapons of war in general, but also to the defusing of bellicose hearts.

Jesus told Peter in the Garden of Gethsemane, “Those who live by the sword die by the sword.” If we don’t wish to suffer the fate of Nagasaki and Hiroshima, we must address not just the weapons involved but convert the minds and hearts of those who justify their possession and their potential fratricidal use.

Creator of “Kneeling Santa” was Li...