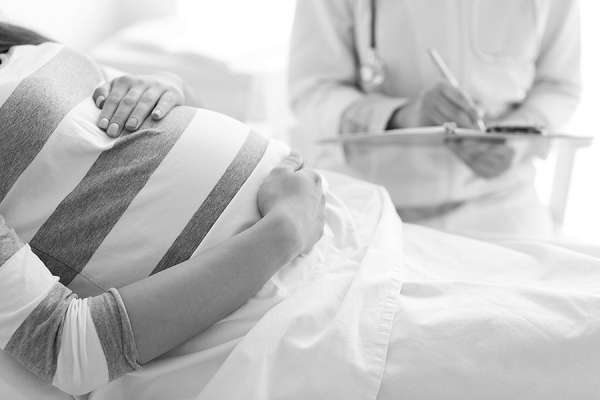 CNA Staff, Dec 6, 2020 / 04:04 pm (CNA).- Nine months after UK Catholic leaders called for the abolition of a two-child limit on tax credits and other benefits for children, a leading abortion group now reports that the two-child limit is cited as a factor by many women seeking abortions.

“The extent to which our society discourages women from continuing with their pregnancies is saddening,” Catherine Robinson, spokesperson for Right to Life UK, said Dec. 4.

“We know that women feel pressured into having abortions for any number of reasons, and sadly, at this time, it appears that the combination of the two-child benefit cap and the financial hardships created by the current crisis, is putting pressure on women to have abortions,” she said.

The two-child limit, which dates to 2017, means that for each child after their second-born, parents lose £2,900, about $3,900, each year, in a universal credit and in tax credits.

The British Pregnancy Advisory Service, the UK’s leading abortion group, said that over half the women it surveyed who both had an abortion in the coronavirus pandemic and knew of the two-child limit said this policy was “important in their decision-making around whether or not to continue the pregnancy,” The Guardian reports.

Economic and job insecurity under the pandemic and the two-child limit persuaded them to choose abortion, when they otherwise would have wanted to carry their babies to term.

“If there was no two-child limit, I would have kept the baby, but I couldn’t afford to feed and clothe it … I’ve really struggled to come to terms with my decision,” one woman told the abortion provider.

The abortion provider surveyed 240 women with two or more children who had procured an abortion since March 2020. About 59% said they were aware of the two-child policy before the abortion. About 57% of those likely to be affected by the policy said it helped them decide on the abortion.

Backers of the policy said it would help with government revenue. They said it would make households act responsibly, teach parents that children cost money, and discourage them from having another child, according to The Guardian.

The cap on benefits exempts women who formally disclose that their child was a result of rape. However, if their first- or second-born child was conceived in rape, the exemption does not apply to a child born later.

“If the government does not want to see more women feeling forced into a corner between financial hardship or ending an otherwise wanted pregnancy, they must revoke the two-child limit as a matter of urgency,” said Katherine O’Brien, associate director of campaigns at the British Pregnancy Advisory Service.

Robinson, the pro-life advocate, noted that the British Pregnancy Advisory Service and the other major abortion performer MSI Reproductive Choices, “provide no direct practical or financial support at their clinics to help women facing financial difficulties to continue their pregnancies. Instead, both have worked to increase their market share of abortions since the two-child benefit cap was introduced.”

“Unsurprisingly there have been no surveys undertaken by either of the two big abortion providers to investigate whether these high-pressure sales tactics are influencing women’s abortion decisions,” she said.

“Vulnerable women should not be seen as a revenue opportunity but sadly we know this is not the reality as abortion itself is a multi-million pound industry. Private abortion clinics have a vested monetary interest in increasing the numbers of abortions they perform every year,” said Robinson.

The British Pregnancy Advisory Service justifies legal abortion as a response to contraceptive failure. In July 2017, the advisory service said that a quarter of the over 60,500 women who had an abortion at its clinics in 2016 were using either hormonal contraception or a long-acting reversible contraceptive method when they became pregnant. Over half were using contraception of some kind.

In a Feb. 24 letter, written before the coronavirus pandemic had grasped the region, Catholic leaders said that abolishing the two-child limit for universal credit and the universal tax credit would help more than half a million of the poorest children of England and Wales.

The letter to Chancellor of the Exchequer Rishi Sunak came from Bishop Richard Moth of Arundel and Brighton, chair of the Catholic Bishops Conference of England and Wales’ Department for Social Justice, and Nigel Parker, director of the Catholic Union.

“The impacts of this policy are currently being felt by families from all walks of life. Most are in work and many fell upon hard times after having their children. It also affects refugee families given sanctuary in our country and has a disproportionate impact upon religious minorities,” said the letter.

“What unites all these families is the hardship they have suffered as a result of not receiving basic support for each child. Catholic charities across England and Wales have first-hand experience of how the limit can put essentials such as food, rent and utility bills beyond reach, with devastating consequences for children’s well-being and life-chances,” they said.

The letter sought to sway policy in the government budget, set March 11. As of February 2020, an estimated 160,000 families had been affected by the limit. Even before the arrival of the novel coronavirus, charities estimated that by 2023-2024 the policy would push 300,000 children into poverty and further impoverish one million children already in poverty.

EWTN Spain to launch on Feast of t...