Report: US Secretary of State Mike Pompeo Won’t Be Meeting With Pope Francis 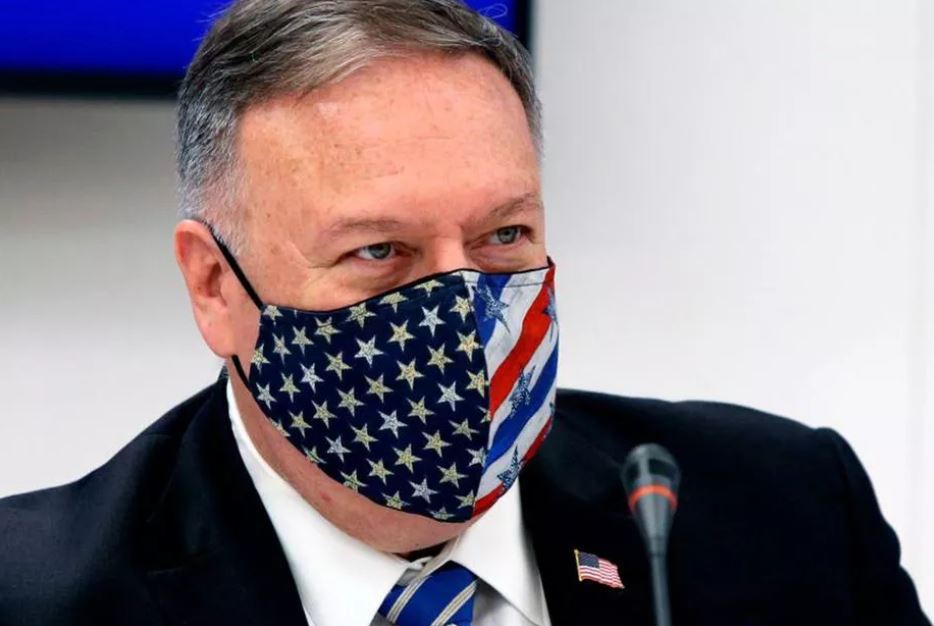 Report: US Secretary of State Mike Pompeo Won’t Be Meeting With Pope Francis

As is the Vatican custom, Pompeo will meet with his Vatican counterpart, Secretary of State Cardinal Pietro Parolin.

VATICAN CITY — U.S. Secretary of State Mike Pompeo arrives in Rome Wednesday morning for talks with his Italian and Holy See counterparts — but unlike his visit to the Vatican last year, he won’t be meeting Pope Francis.

The Vatican hasreportedlytold U.S. diplomats the Holy Father preferred not to meet the Trump administration’s top diplomat in order not to be seen influencing the U.S. presidential election.

Although Pompeo met Pope Francis in a private audience last October, it is usually rare for foreign ministers to be granted the privilege. Instead, they meet their Vatican counterparts, and on Wednesday Pompeo will have talks with Cardinal Pietro Parolin, the Vatican Secretary of State who is a key figure behind the Holy’s See provisional agreement with China, and Archbishop Paul Gallagher, Secretary for Relations With States.

Italian and foreign media have suggested Pompeo was snubbed due to an article he wrote last week strongly critical of the Holy See-China two-year provisional agreement on the appointment of bishops, which was signed in 2018 and is now up for renewal.

The U.S. embassy to the Holy See was unwilling to comment on the article, and the Holy See Press Office did not respond to Register inquiries about the reasons for the Pope not receiving Pompeo.

Thearticle, published inFirst Things, was a clear call to the Vatican that it should not renew the controversial accord, which it looks set to do next month.

Pompeo noted that since the agreement was signed, Catholics and other religious followers in China have not been shielded from the “depredations” of the Chinese Communist Party (CCP) whose “horrific treatment of Christians” has worsened.

“Now more than ever, the Chinese people need the Vatican’s moral witness and authority in support of China’s religious believers,” Pompeo wrote, adding that the Church’s teaching on religious freedom and solidarity “should now be forcefully and persistently conveyed” in the face of the CCP’s “totalitarian program.”

Failure to do so, he warned, will embolden Beijing and the “cost of resisting tyranny will rise.”

Both the Vatican and the Pope have come under heavy criticism in recent months for both the agreement, which remains secret, and the Holy Father’sunwillingnessto publicly criticize China in public over matters such as the communist regime’s continuing persecution of Christians, Beijing’s clampdown on civil liberties in Hong Kong, and the sending of Uighurs (an ethnic minority in northwestern China) to state re-education camps.

The Pope’s closest collaborators looked poorly on Pompeo’s article, according to the ANSA news agency, which reported a sense of “annoyance” at what officials viewed as “interference” in Vatican and ecclesiastical affairs. Some reportedly also saw the U.S. criticism as a “hasty gesture” and were reportedly unsure what the Trump administration wished to achieve by it.

“If the Holy See doesn’t renew the agreement because they [the U.S.] say so, it would be completely imprudent,” as it would then “really expose Catholics to retaliation by the Communist Party,” said a quoted unnamed Vatican official.

The Italian bishops’ conference’s newspaperAvvenirecriticizedthe article for being “harsh” and “not very diplomatic,” and “in line with the hostility the current administration shows with respect to the historic rapprochement between China and the Holy See.”

“It is difficult to see how Pompeo’s move could shift, even one iota, the Vatican position regarding dialogue with Beijing,” wrote Gianni Cardinale, the article’s author. Rather, he said, it could “paradoxically strengthen” the agreement. More than ever, he added, Beijing is “willing to make greater concessions with interlocutors who are criticized rather than ‘blessed’ by Washington.”

Massimo Franco of the Italian newspaperCorriere della Seraobservedthat Pompeo’s article “touched a nerve” in the Vatican and drew attention to “what are in fact weak points in this pontificate’s international strategy.”

The U.S. secretary of state was also not alone in being refused a meeting with the Pope Francis this month. Cardinal Joseph Zen Ze-kiun, a strong critic of the Vatican’s approach to Beijing, also was denied a private audience at the end of last week, despite making a short visit to Rome specifically to meet him.

Cardinal Zen had wanted to discuss with the Pope not only the situation in China but also his concerns that a bishop “too close to Beijing” may be appointed Hong Kong’s new bishop. He delivered a letter expressing these concerns to the Pope instead. The Vatican did not respond to Register inquiries about the reasons for the Pope not receiving Cardinal Zen.

“What a disaster!” hetoldItalian Vaticanist Aldo Maria Valli after he received, in Valli’s words, “not even a nod” from Santa Marta, the Pope’s residence.

The cardinal told Valli it is “inconceivable” that the provisional agreement remains secret. “One cannot proceed in this way,” he said, but also noted that not all of the CCP are keen on it being renewed as they wish for total repression of religion.

“Thinking one can make deals with Beijing is folly,” Cardinal Zen added. “You don’t make a deal with the devil. You just fight the devil. The Church does not take orders from governments, and this applies everywhere.”

Cardinal Parolin and the agreement’s supporters have argued for patience and a long-term perspective before the effectiveness of the agreement can be properly judged.