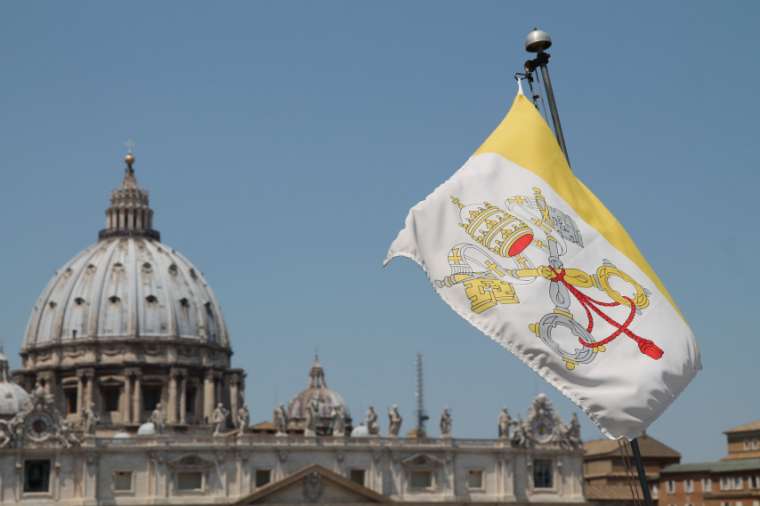 Italian media reported this week that a woman with a company based in Slovenia received at least half a million euros from the Vatican’s Secretariat of State in connection with Cardinal Angelo Becciu.

According to reports, the 39-year-old Cecilia Marogna, who is from Becciu’s home island of Sardinia, received 500,000 or 600,000 euros in payments from the Secretariat of State over four years.

Reports also claimed that the payments had been made to the Slovenia-based company Logsic, D.O.O., owned by Marogna.

In two interviews Oct. 6, Marogna rejected rumors that she was related to, or had any sort of inappropriate relationship with, the cardinal, but said she was paid the money as a salary for work she did as a diplomatic consultant and as reimbursement for travel and other related expenses.

Marogna did not deny reports that she had used the Vatican payments to buy luxury purses, but insisted it was for her work and that she personally lives modestly, renting an apartment and driving a 10-year-old car.

Italian television program Le Iene claimed Oct. 5 to have documents showing that the Secretariat of State had given half a million euros to Marogna’s Slovenian company and that she had “a relationship of trust” with Becciu.

The article was published as a teaser for the newest episode of the investigative program, which will air in Italy at 9:15pm Oct. 6.

Le Iene also claimed to have documents showing that Marogna used the Vatican money to buy expensive Prada and Chanel purses, as well as other luxury goods.

In an interview with Italian daily Domani Oct. 6, Marogna said people were writing critically about her “because I do my job well and I always maintain discretion and confidentiality.”

She said she worked for Becciu and the Secretariat of State building “high-level networks” in at-risk countries and areas such as the Middle East and Africa.

“I made a mapping of the missions, of the most remote dioceses. A job that the Vatican had never done: the nunciatures certainly do not report on geopolitics or analysis of data on the territory,” she claimed.

There are discrepancies from Marogna over whether she was paid 500,000 or 600,000 euros, but she stated that the money all went to her Vatican consultancy work and her salary; expensive gifts, such as trips or purses, “were used to create cooperative relationships,” she said.

“We are talking about a few hundred thousand euros spent in over four years,” Marogna said. “And the wire transfers my company received from the Vatican also included my salary. It’s not like I’m a missionary, sorry? Will I be able to get paid for the work I’ve done? Between travel and various payments, how much money can I have kept for myself? Think about it, come on.”

According to Marogna, she also used the money “for different operations,” and said her bank statements could show she has paid companies in Somalia.

“It is not that in some countries you go to pay sources with a debit card,” she said, adding that there were also London brokers involved.

Asked about “hypothetical covert operations to free kidnapped clergy,” Marogna responded: “I am aware of these situations. I may have had sensitive information about this, but it’s not like I was going to the terrorists to take the hostage.”

“I can speak with intermediaries to try to resolve situations. But I can also tell you that Becciu and I weren’t the only ones running certain businesses,” she said.

Marogna also insisted that the sums she received from the Vatican were not used to pay kidnapping ransoms and she was “not aware” that the Vatican hadever paid anything to criminal organizations, arguing that 600,000 euros was “small change” and would not be enough “to close any negotiations.”

She told theCorriere della Sera that she met Becciu after sending him an email in 2015 to see if he agreed with her analysis of security problems at Vatican nunciatures. In a different interview she said she knew he had previously been the nuncio to Angola.

The then-sostituto of the Secretariat of State met with her at the Vatican for an hour and a half and “a relationship of esteem was born that resulted in an operational collaboration,” she said.

According to Marogna, “there was a lack of parallel diplomacy in the North African and Middle Eastern countries, but I knew what to do and how to move, also to reduce the dangers deriving from the nunciatures and missions from the terrorist cells present in those countries.”