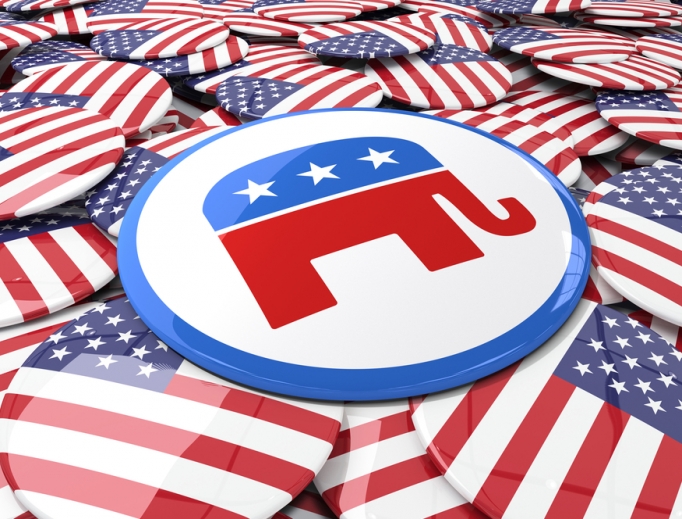 EDITORIAL: For the past 40 years, it’s the Republican Party that has made the right to life of the unborn child a vital part of its vision and policy for the United States.

At the recent Republican National Convention, the position of President Donald Trump’s party on the right to life of the unborn child stood in dramatic counterpoint to the abortion-rights stance on display the previous week at the Democratic National Convention that formally nominated Joe Biden.

This partisan polarity was far less evident, however, when abortion first became a significant political issue in presidential contests, beginning with the 1972 campaign, which concluded just two months before the U.S. Supreme Court legalized abortion nationally, courtesy of its Jan. 22, 1973,Roe v. Wadedecision.

Abortion wasn’t mentioned at all in either the Republican or the Democratic Party platform in 1972. But, whereas Democratic presidential challenger George McGovern supported the right of individual states to set their own abortion policies, President Richard Nixon in May of 1972 rejected the recommendation of his President’s Commission on Population Growth for liberalized state abortion laws. He alsosent a letter, drafted by his Catholic speechwriter, Pat Buchanan, to Cardinal Terence Cooke of New York, which linked the president “personally” with the cardinal’s efforts to repeal the 1970 statute that legalized abortion in the Empire State.

Nixon’s actions — likely undertaken partly in hopes of siphoning Catholic votes away from McGovern — were among an increasing number of political markers indicating pro-lifers would feel more at home on the GOP side of the aisle going forward, whereas abortion activists already regarded the Democratic Party as their natural political habitat.

And in the first presidential race followingRoe, opposition to abortion became a concrete plank in the Republican platform, and it has remained one ever since. The 1976 platform remained relatively muted on the matter, though; while it communicated “a position on abortion that values human life” and supported “the efforts of those who seek enactment of a constitutional amendment to restore protection of the right to life for unborn children,” it also noted that Republicans could be found on both sides of the abortion debate.

By the time of Ronald Reagan’s successful 1980 campaign to unseat incumbent Democratic President Jimmy Carter, the GOP platform’s pro-life wording had become more expansive and less equivocal. “While we recognize differing views on this question among Americans in general — and in our own Party — we affirm our support of a constitutional amendment to restore protection of the right to life for unborn children,” it stated. “We also support the Congressional efforts to restrict the use of taxpayers’ dollars for abortion.” And, reflecting the contemporary pro-life understanding that the advancement of abortion rights was being driven by court decisions framed by liberal jurists, the 1980 platform also committed the Republican Party to “work for the appointment of judges at all levels of the judiciary who respect traditional family values and the sanctity of innocent human life.”

Succeeding election cycles saw further pro-life additions to the Republican platform, while retaining these foundational commitments to ending legal abortion and appointing pro-life federal judges. One prominent feature has been repeated references, beginning in 1996, to the issue of late-term abortion — thereby highlighting a perceived Democratic vulnerability stemming from that party’s support for unrestricted abortion procedures, despite the opposition ofan overwhelming majorityof Americans to late-term abortion.

The 2016 GOP platformthat was reaffirmed this year devotes 750 words to the abortion issue, framed within a section titled “The Fifth Amendment: Protecting Human Life.”

“The Constitution’s guarantee that no one can ‘be deprived of life, liberty or property’ deliberately echoes the Declaration of Independence’s proclamation that ‘all’ are ‘endowed by their Creator’ with the inalienable right to life,” it states at the outset. “Accordingly, we assert the sanctity of human life and affirm that the unborn child has a fundamental right to life which cannot be infringed.”

Specific pledges, in addition to the long-standing party commitments dating back to 1980, include opposition to funding for Planned Parenthood and other organizations that provide or refer for elective abortions. It commits to bans on human cloning, on trafficking in fetal body parts, on embryonic stem-cell research, and on sex-selective abortions and abortions of unborn babies with disabilities; it also expresses support for a range of measures to assist pregnant women in choosing life. Such pledges align the Republican platform closely with the Church’s teaching on these life issues, which are of fundamental importance in the formation of Catholic consciences.

As well as reaffirming the 2016 platform, pro-life speakers were featured prominently throughout the 2020 RNC, including this declaration by President Trump in his speech accepting the GOP nomination: “Tonight we proudly declare that all children, born and unborn, have a God-given right to life.” And while abortion was initially absent when Trump released hislist of prioritiesfor a second term on Aug. 24, that omission was rectified within a week by the addition of a pledge to “protect unborn life through every means available.”

It’s a historical curiosity that the two Republican presidents who are probably most widely praised for their advancement of the pro-life cause in the era of legal abortion were earlier supportive of abortion rights. Early in his tenure as governor of California, Ronald Reagan signed into law the state bill that decriminalized abortion. But by the 1970s he had a marked change of heart, and, alongside Rep. Henry Hyde of Illinois, the architect of the Hyde Amendment that bans direct federal funding of most abortions, Reagan is credited withtaking the lead rolein institutionalizing the pro-life plank into the Republican platform.

And while Donald Trump had no experience in government prior to his own election as president in 2016, like Reagan, he was not an early convert to the pro-life cause. In 1999, while discussing what he would do if he were to become presidenton NBC’sMeet the Press, he stated he was “very pro-choice,” although he qualified the assertion by noting that “I hate the concept of abortion.” By the time of the 2016 campaign, he had shifted to a position of unequivocal opposition to abortion. And, while there are some who suspect this conversion to pro-life advocacy is more a matter of political expediency than of deep personal conviction, in office Trump has honored his pro-life campaign commitments so assiduously that he is widely praised by pro-life leaders as having done more to oppose abortion than any other president in U.S. history.

Whatever Trump’s motives might have been, one thing can’t be disputed, after a careful review of the platforms of both major parties on abortion: For the past 40 years, it’s the Republican Party that has made the right to life of the unborn child a vital part of its vision and policy for the United States.

Shrine in memory of aborted childr...