Rethinking the End of Life: The ‘God’s Houses’ Option 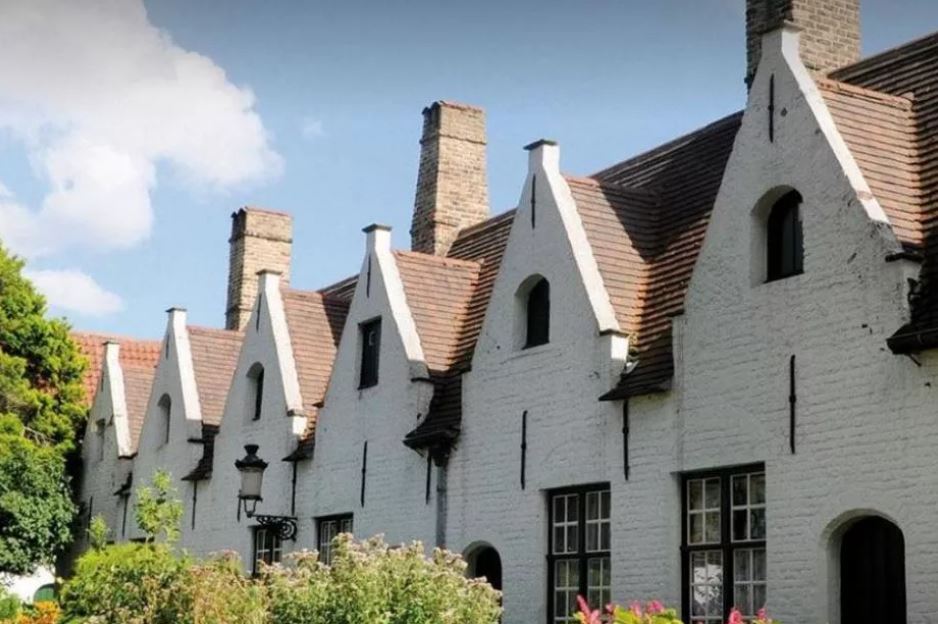 Rethinking the End of Life: The ‘God’s Houses’ Option

This kind of almshouse, coming from the Flemish tradition and based on deeply Catholic roots, could be a model for many Western countries that are faced with a deepening crisis in their nursing-home systems.”

The  coronavirus pandemic has opened many societies to rethink their relationship to life and death. As part of this reconsideration, they necessarily have to address two major issues of our time: the scourge of loneliness and the loss of respect for the dignity of human life.

In particular, elderly people were abandoned in nursing homes during the various lockdowns, cut off from their families, without treatments or personalized care. This neglect has aroused waves of scandal in many different Western countries and revealed a deeper civilizational fault.

This traumatizing collective experience has also led a lot of families to reconsider their lifestyle and environment, the limits and shortcomings of the current systems of elderly facilities and the need for new paradigms.

In this context, thinking about how our ancestors have dealt with the end of life over the centuries — before death became a taboo topic — can inspire and enable current societies to better accompany their elderly along the last stages of their earthly pilgrimage.

It is precisely what geriatrics and hospice-care experts worldwide have been doing. One of them, Dr. Bill Thomas, who describes himself as a “nursing-home abolitionist,” has distinguished himself in the U.S. through the creation of new structures that enable the elderly to maintain a welcoming home-like environment even when they are no longer able to live on their own and to be fully independent. Among his various initiatives recently presented in Catholic World Report, Minka, a system of modular houses designed to re-create a community life around the elderly, is similar to the so-called “God’s houses,” a kind of ante literam social housing system, developed in the Belgian city of Bruges in the 14th century.

Originally built and financed by corporations known as guilds to protect their elderly members, or by wealthy people willing to practice charity, these small whitewashed brick houses rapidly spread throughout Bruges, becoming a stable institution over the centuries and now recognized as a valued part of the city’s heritage.

These God’s houses — Godshuizen in Flemish — generally include a complex of houses gathered around an inner garden, while in a few cases the houses are built next to one another and are separated from the street by a wall fitted with a door bearing the name of their benefactor. The houses are sometimes divided into a few separated rooms, and each cluster of houses has its own chapel.

“The Catholic dimension of these homes reserved for the elderly, the sick and helpless widows used to be very important,” said Jan D’Hondt, archivist of the city of Bruges, in an interview with the Register. A very prosperous city during Renaissance, Bruges was full of rich bourgeois willing to help those in need in the name of their faith.

“It was a good way for them to secure the salvation of their souls, as a daily prayer for the benefactors was part of the houses’ internal rules,” D’Hondt said, adding that the inhabitants of the houses were also bound to attend Mass and to live virtuous lives.

This form of private charity, inspired by Catholic teaching on human dignity, deeply took root in the city’s landscape until the French Revolution and the subsequent French occupation of Belgium. Most of the God’s houses were then taken over by the revolutionary authorities and entrusted to civil administrations (although sometimes to churches). When the French left the country in the 1810s, the city authorities were still very Catholic at that time and — as D’Hondt recalled — maintained most of the Godshuizen’s original rules of life.

Today, although Mass is still celebrated in the biggest houses’ chapels, the institution hasn’t been spared by the wave of secularization that has been spreading over the West in the past century, and attending Mass is no longer a requirement for those admitted in these facilities.

“God’s houses in Bruges have lost part of their Catholic identity, but the spiritual dimension is still important for many of their inhabitants; and the structures still have the same spirit, that is, to welcome elderly people with low sources of income and enable them to keep living with dignity at the heart of their community, in the city center,” Hilde De Bruyne, former archivist-curator of the Belgian Public Center for Social Welfare, told the Register.

Elderly in the Mix

The last Godshuizen were built in 1958. To this day, this model of senior housing only exists in Bruges, although a few similar structures were created in other Flemish cities and in the Netherlands. According to De Bruyne, there are currently 43 inhabited God’s houses in Bruges, for a total of 220 single houses, made available for impoverished elderly people willing to stay in town at a reasonable price. Some families are also occasionally welcomed within the structures.

“All houses were restored and modernized,” De Bruyne said, “so they still ally high convenience and respect for tradition.”

Beyond the financial dimension, these almshouses have the great advantage of granting the elderly a sense of autonomy and to promote a less medicalized approach to the end of life. These two essential elements remain at the heart of the policy of the houses’ administrator in Bruges, the welfare organization Mintus, which is committed to making these almshouses beneficial also for the neighboring population. Indeed, social workers take good care of the elderly occupiers, while young students of the area regularly visit them and go shopping with them, often in exchange for some help with their homework.

“We are trying our best to strengthen the sense of belonging to a community, which is a crucial condition for seniors’ well-being and longevity; and in this sense, we are promoting a greater intergenerational mix, involving the whole population” Ann Vandycke, technical director of Mintus, told the Register.

Furthermore, at a time of growing fragmentation of society, this opportunity for disadvantaged people to stay in the city center, where the cost of living is constantly increasing, is seen by local inhabitants as an improvement that will encourage the elderly to interact within the city’s greater social sphere.

The almshouse model, rooted in the traditional Catholic conception of human dignity, remains full of valuable insights for our time, Vandycke noted.

“We all have a moral duty to make sure that, from cradle to grave, every individual can have a safe and healthy environment to live in,” she said, “and I think that our God’s houses can be a true source of inspiration for the rest of the world.”

Report: Catholic nuns in China for...

Does the Virtue of Obedience Mean...