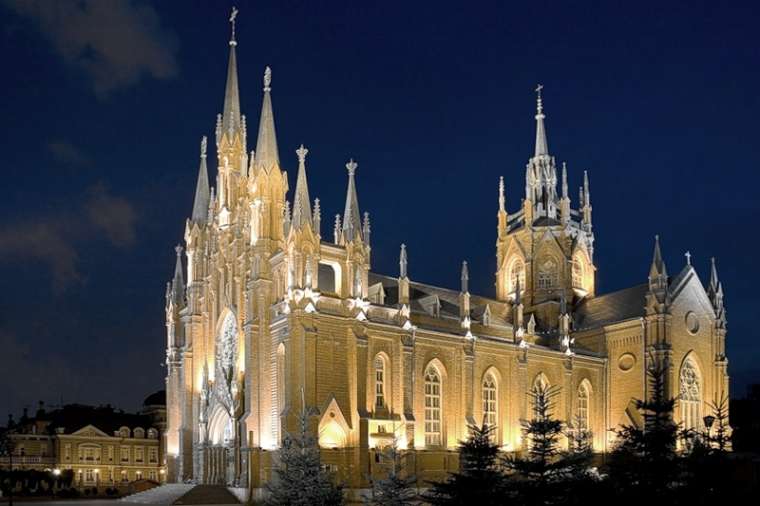 Catholic leaders in Russia are expressing concern about a bill that would restrict the ability of Russian religious ministers who receive religious education abroad to teach or preach in Russia.

The bill calls for “recertification” in Russian educational institutions of pastors and “personnel of religious organisations” who have received religious education abroad, ostensibly with the goal of preventing the spread of “extremist ideology” from abroad, the Barnabas Fund reports.

The bill was proposed in the Federal Assembly and approved for first reading Sept. 22, but the reading has been postponed.

Father Kirill Gorbunov, vicar general for the Archdiocese of the Mother of God at Moscow, told RIA Novosti,according to Asia News, that priests ministering from Russia who were educated elsewhere should be informed about the history, culture and religious traditions of Russia, and should not disseminate extremist ideas in their preaching.

However, he said it is the Church’s responsibility to regulate this, not the state’s— and the Catholic Church has no tolerance for extremist ideas, he said.

The attempt by the Kremlin to regulate what is being taught to religious leaders “does not provide for effective solutions, rather it would lead to inextricable contradictions.”

The bill comes amid several years of deteriorating religious freedom in Russia.

In 2016, Russian president Vladimir Putin approved a new set of laws that would restrict evangelization and missionary activity to officially registered Church buildings and worship areas.

Anti-terrorism measures, catalyzed by the 2002 Federal Law on Countering Extremist Activity, have given Russian police powers to disrupt private worship services, to arrest and detain individuals handing out unapproved religious materials, and to outlay any publish preaching without prior approval from Russian authorities.

In 2017, the country’s Supreme Court banned Jehovah’s Witnesses as an extremist group. Judges ordered the closure of the ecclesial community’s Russian headquarters and almost 400 local chapters, and the seizure of its property.

As of August 2020, over a thousand homes have been searched, nearly 400 Jehovah’s Witnesses have been charged, a few dozen convicted, and ten are currently serving time, the U.S. Commission on International Religious Freedom reports.

Before Communism came to Russia, a majority of the country’s citizens were Eastern Orthodox Christians. During the reign of communism, the government attempted to destroy the Church by blowing up buildings and killing priests, religious sisters, and anyone who resisted them.

Once the government gained control of the Russian Orthodox Church, they appointed their own agents as hierarchy, who would then turn people in who came to the Church seeking baptism.

The seeds of distrust planted at that time still run deep, and the Russian Orthodox Church maintains its ties to the government today.

On Sept. 16, USCIRF held a virtual hearing on the state of religious freedom in Russia and Central Asia, warning that “vague and problematic” definitions of “extremism” in Russian law give the authorities wide latitude to interfere in the religious sphere.

A Conversation About Race With Dam...