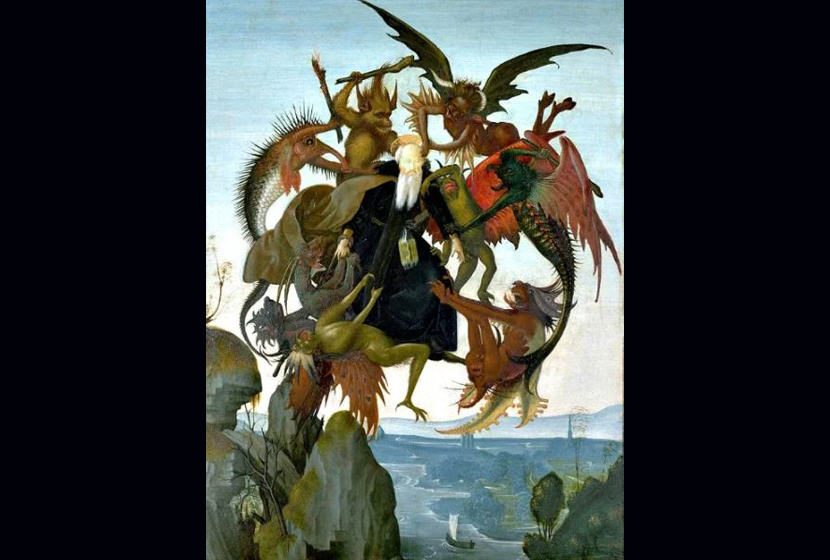 He fought many battles against Satan and his demons, which first tempted him in his thoughts, and when this was unsuccessful, resorted to appearing to him in hideous forms and to physically beating him. Saint Anthony was uncowed by the demonic attacks and remained in the desert in his quest to grow ever closer to God.

Eventually, others who sought a life of prayer and solitude joined him. With them, he formed the first Christian monastic communities. We are told that he once fell into dejection, finding uninterrupted contemplation beyond his strength. An angel then appeared to him and taught him to alternate prayer and manual labour. Following the angel’s advice, he alternated plaiting mats of palm-tree leaves and prayer. In this routine, he found peace again.

Saint Anthony died at the age of 105. Two of his disciples buried him in a grave next to his cell, following his instructions. His entire worldly possessions at the time of death consisted of two mantles. He left one to Saint Athanasius of Alexandria, who later wrote his biography, and the other to Saint Serapion of Thmuis. Today, some of his relics, a skull and a leg bone, rest in the Church of Saint Trophime, in Arles.