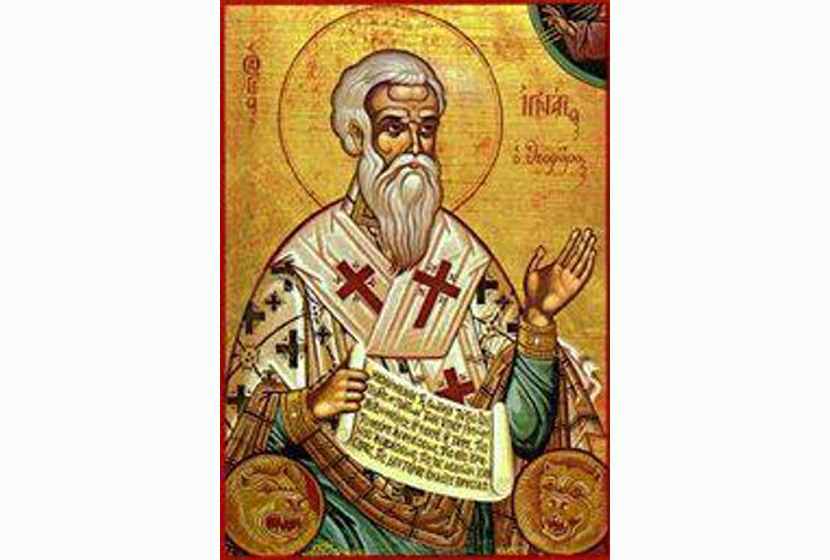 Saint Ignatius of Antioch (c. 34 – c. 107) is thought to have been one of the infants whom Our Lord Jesus took in His arms and blessed and, when grown up, to have been a disciple of Saint John the Evangelist. He was born in Syria and eventually was made Bishop of Antioch. When forced to choose between apostasy and death, Ignatius chose death. He was taken to Rome, where he was martyred by being thrown to the lions in the Colosseum. During the journey from Antioch to Rome, he wrote several letters, seven of which are still preserved. Five were to the churches in Asia Minor. In them, Saint Ignatius teaches truths of the Christian faith and urges the churches to remain obedient to their superiors. The sixth letter is to his friend Saint Polycarp, and the last letter is to the Christians in Rome, asking them not to try to stop his martyrdom.  Saint Ignatius’ remains rest below the main altar in the Basilica of Saint Clement, in Rome.