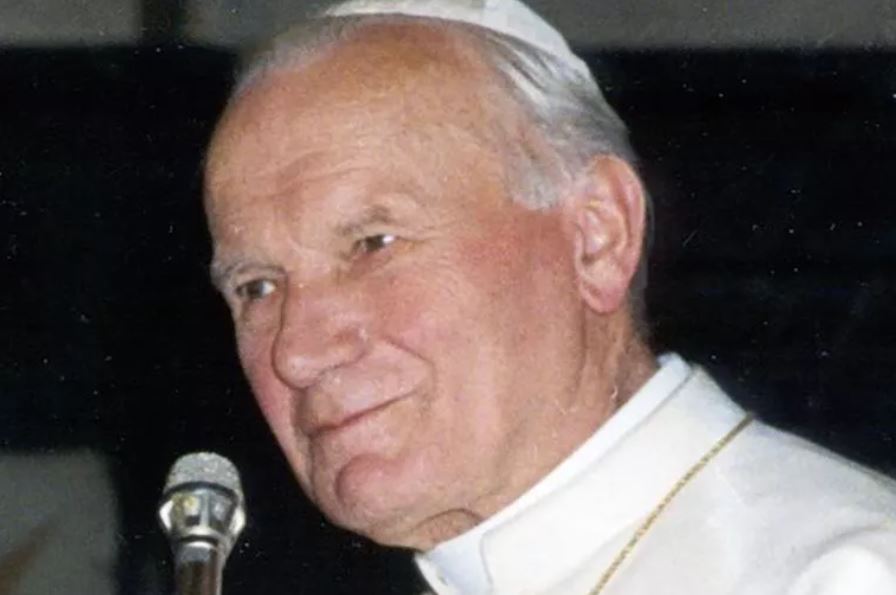 Pope Saint John Paul II was born in Wadowice, Poland, in 1920. As a child, he enjoyed sports and played as a goalkeeper in football. Before he had turned 21, he had already endured deep sorrow, both his parents and his only remaining sibling having died. After his father’s death, he felt called to the religious life and entered the seminary to become a priest. During WWII, as the University where he studied was closed by the National Socialists (Nazis), he enrolled in an underground seminary in Krakow. During this period, he held different day jobs: he worked in a limestone quarry, a restaurant, and a chemical factory.

Saint John Paul II was ordained in 1946 and then sent to Rome, where he earned a doctorate in theology. Back in Poland, he first ministered as a rural parish priest and eventually became a chaplain for university students and a professor of philosophy. He was appointed archbishop of Krakow in 1964 and was elected pope in 1978, the first non-Italian pope since the 16th century.

As pope, he visited many countries, improved the relations with Orthodox Churches, gave us the Luminous Mysteries of the Rosary, and published a Catechism of the Catholic Church. His famous visit to Poland in June of 1979, where hundreds of thousands of people at Victory Square chanted “We want God” in defiance of the communist regime, is believed to have greatly contributed to the fall of communism in that country. Saint John Paul II died in 2005 after suffering for several years from Parkinson’s disease.