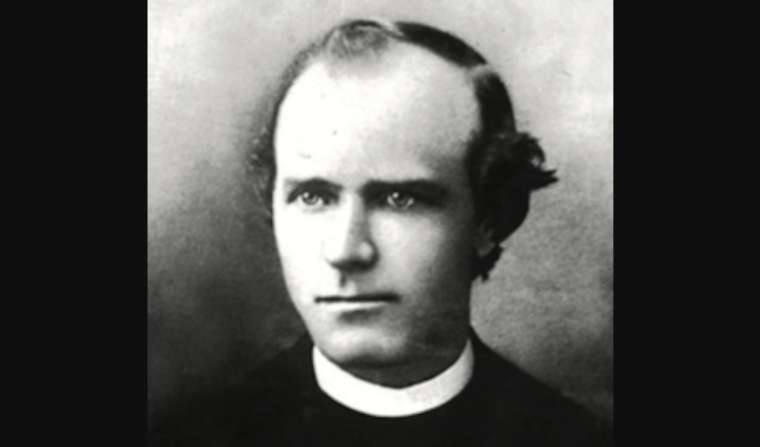 The canonization cause is progressing for Father Patrick Ryan, a priest who sacrificed his life in a nineteenth century yellow fever epidemic to serve the sick. Bishop Richard Stika of Nashville, Tenn., has launched an official tribunal to continue the inquiry into whether he should be declared ‘venerable.’

“Father Patrick Ryan did not abandon Chattanooga when the yellow fever struck her and leave town as so many did,” Deacon Gaspar DeGaetano, diocesan postulator for Ryan’s cause, said in a Sept. 27 homily.

“May we through the intercession of the Servant of God Patrick Ryan, ‘the brave and faithful priest’ of the yellow fever epidemic of 1878 see a quick end to the pandemic of our own time,” DeGaetano said.

Servant of God Patrick Ryan was born in 1845 near Nenagh in County Tipperary, Ireland. His family was forced to emigrate to the United States after suffering eviction from their home, and they settled in New York.

Ryan later studied for the priesthood at St. Vincent’s College in Cape Girardeau, Missouri. In 1869, he was ordained a priest at Nashville’s Catholic cathedral. Later, he was sent to Chattanooga, where he opened the town’s oldest private school.

During a yellow fever epidemic in 1878, some 80% of Chattanooga residents fled the city. Ryan did not.

An eyewitness said that the priest would go “from house to house in the worst-infected section of the city to find what he could do for the sick and needy,” according to a biography of Ryan on the website of Sts. Peter and Paul Basilica.

After Ryan died of yellow fever on Sept. 28, 1878, the priest was first buried among his flock, as he had desired. In 1886, his remains were transferred to Olivet Cemetery in a horse and buggy procession.

The description of Ryan as a “brave and faithful priest” comes from a Nov. 12, 1886 Chattanooga Times editorial by Jewish journalist Adolf Ochs, who reflected on Ryan’s life, according to Deacon DeGaetano’s homily.

Since 2016, the diocese’s historical commission on Ryan’s cause for canonization has been investigating his life, with a view towards evaluating his possible beatification and canonization.

On Sept. 28 Bishop Stika officially began an inquiry phase, headed by a tribunal with members he had appointed. The tribunal’s episcopal delegate is Father J. David Carter, while Father John Orr, Ph.D is promoter of justice. The notary is Deacon Hicks Armor, with adjunct notaries Rebecca Dempsey and Jennifer Morris.

Jim Wogan, director of communications for the Diocese of Knoxville, told CNA Oct. 1 that the official diocesan tribunal can now begin its investigation. This includes in-depth interviews with witnesses, including “members of the historical commission, those who feel they may have been aided by the intercessory power of Father Ryan, and those who know of, or might be connected in some way, to Father Ryan.

“The tribunal hopes to conclude its work within a year and turn its findings over to the Vatican which will then make a determination if Father Ryan can receive the designation and title as venerable,” Wogan told CNA.

The tribunal held its first session of inquiry on Sept. 28. There, chancellor of the Knoxville diocese Deacon Sean Smith presented various documents required to proceed, including the U.S. Conference of Catholic Bishops’ vote on the cause’s advisability and the declaration from the Holy See that nothing obstructed the cause, Wogan said.

Father Carter told the Chattanooga Times Free Press that the arrival of the coronavirus pandemic in 2020 made the priest’s life and death seem much more relevant.

“All of a sudden we get hit with a global pandemic that affects our every moment,” Carter said. “It shut downs our society. It isolates people. People start to hurt. Then we see this great witness of this priest that ministered and served during the times of greatest need.”

“It is amazing how God in a time of crisis reminds us of how good he has been in the past and how he works through us as human beings so that his grace may be concrete and help people in need,” Carter said.