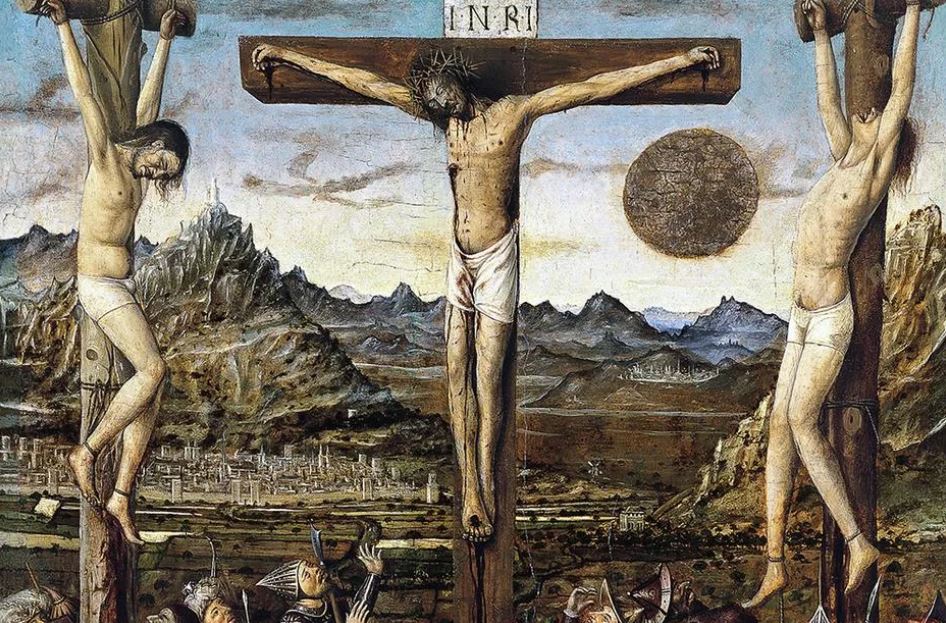 There are also two types of sinners. There are those sinners who repent of their sins and accept the suffering that sin causes, and there are those sinners who are unrepentant and who blame their suffering on everyone except themselves. These unrepentant sinners, if they insist on remaining obstinate in their sins and if they continue to blame others rather than themselves for their misery, are condemning themselves to a living hell in this life which will be confirmed in the life to come.

The one thing that is common to saints and sinners alike is the presence of suffering, which is as unavoidable as death itself. Except for in Heaven, where it is vanquished, suffering is seemingly omnipresent and is only alleviated by that sweet consolation which comes to the suffering soul, thirsting for comfort, like water in a desert. It is no surprise, therefore, that the mystery of suffering, or what C. S. Lewis called the problem of pain, has puzzled humanity from the dawn of time. The Book of Job grapples with the problem and seems to solve it by dissolving it into the ineffable will of God. Homer, inThe Odyssey, encapsulates the problem in the words of Zeus who berates mankind for blaming the gods for suffering, stating that it is by man’s own recklessness that suffering comes, though he adds, beguilingly, that some suffering is “given” by the gods.

It is the suffering that is “given” which is the most perplexing. It is easy enough to comprehend that we inflict suffering on ourselves and each other by our own recklessness, as Zeus proclaims, but what are we to make of the suffering which is merely “given” for no apparent reason? What of natural disasters, like earthquakes or tornadoes? What of sickness and death? In what way can we see these as “given,” or as a gift? And, if these are gifts from God, what does this say about God?

The way that we answer these questions says a great deal about who we are. The repentant sinner, knowing that he has done much harm to himself and others through his own recklessness and selfishness, will accept the suffering as a gift that is given so that he might learn from it and become a better and wiser man thereby. The unrepentant sinner, heedless of the harm he has done to himself and others, will curse his suffering, whether it is self-inflicted or whether it is something inflicted upon him by others. He will blame his suffering on others, refusing to accept that it offers the opportunity to grow in wisdom and virtue.

This whole scenario is presented on Golgotha by the two criminals being crucified either side of the truly Innocent Victim of suffering. The good thief confesses his sin and accepts the just punishment for it, asking for forgiveness and receiving it. The bad thief refuses to confess any culpability for his action, cursing his suffering and demanding of God that He frees him from it. The first thief accepts his suffering with humility and is rewarded with the gift of Heaven, becoming a saint in Paradise. The other thief curses his suffering with pride and condemns himself to Hell. They had both been given the same suffering for their sins but they responded very differently. Suffering is, therefore, a gift and it’s all about how we accept it.

This understanding of the mystery of suffering was encapsulated with succinct brilliance by Oscar Wilde inThe Ballad of Reading Gaol, the poem inspired by his experience of a two-year prison sentence. “God’s eternal Laws are kind and break the heart of stone,” he wrote, for “how else but through a broken heart may Lord Christ enter in.” Oscar Wilde was a great sinner and for many years was unrepentant; yet, like the good thief in the Gospel, he was received by Christ into the Church on his death bed. It is in this way that a great sinner can become a saint, through the acceptance of the suffering that is given, knowing that it is a priceless gift which has the power to break the prideful heart that Christ might enter and heal it.