San Francisco archbishop: Worshippers should be treated equally during the pandemic 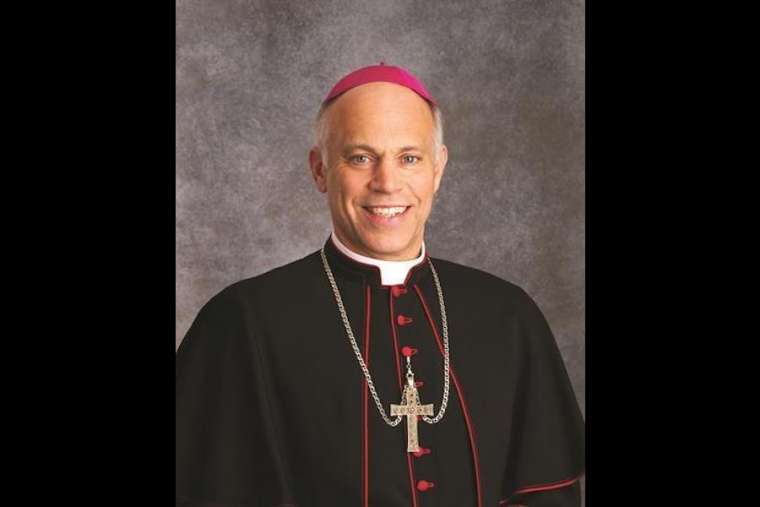 San Francisco archbishop: Worshippers should be treated equally during the pandemic

The archbishop of San Francisco penned an op-ed in the Washington Post this week citing the First Amendment as he called for city officials to relax the current restrictions on public worship, which are some of the strictest in the country.

Rather than asking for special treatment, “all we are seeking is access to worship in our own churches, following reasonable safety protocols — the same freedoms now extended to customers of nail salons, massage services and gyms,” Cordileone wrote in the Sept. 16 op-ed.

“It’s only fair, it’s only compassionate, and, unlike with these other activities, it’s what the First Amendment demands.”

San Francisco Mayor London Breed has said the city will allow indoor services up to a maximum of 25 people by Oct. 1. This is, Cordileone noted, less than 1% of the capacity of San Francisco’s cathedral.

Mayor Breed had announced this week that starting Sept. 14, houses of worship may have 50 people at religious services outdoors. In addition, indoor private prayer is allowed, but only one person at a time is allowed inside a house of worship.

In contrast, hotels in San Francisco are fully reopened; indoor gyms are set to reopen at 10% capacity; and most retail stores are allowed to operate at 50% capacity, while malls are restricted to 25%. Gyms operated in government buildings for police officers and other government employees have already reopened.

“As one of my parishioners asked recently, ‘Why can I spend three hours indoors shopping for shoes at Nordstrom’s but can’t go to Mass?’”

The City of San Francisco has been closely monitoring Catholic churches in the city and has repeatedlyissued warningsto the archdiocese for apparent health order violations.

“I sometimes wonder whether the increasingly secular elites imposing these restrictions understand the pain they are unnecessarily inflicting. The sacraments as we Catholics understand them cannot be live-streamed,” Cordileone wrote.

“People are being denied the religious worship that connects them with God and one another. For hundreds of thousands of San Franciscans facing the simultaneous challenges of a pandemic and economic downturn, the church is their key source of spiritual, emotional and practical help.”

Cordileone said priests at many parishes around the archdiocese, including the Cathedral of St. Mary of the Assumption, are celebrating multiple Masses every Sunday— outside, and spaced out— in order to adapt to the restrictions.

These outdoor Masses pose their own health challenges, as the Bay Area is experiencing some of the worst air quality in the world, due to smoke and other pollutants coming from wildfires ravaging the West Coast.

Cordileone related the message of Father Moises Agudo, who pastors the predominantly Latino churches in San Francisco’s Mission District. The priest said his people have “lost many things” because of the pandemic but “the consolations of the Mass should not be one of those things.”

This weekend, San Francisco Catholics will participate in Eucharistic processions across the city, which will join together and walk past city hall, in part to protest the city’s revised limits on public worship.

Cordileone said the archdiocese has ordered 100 banners in English, 15 in Spanish, and 5 in Chinese that read: “We Are Essential: Free the Mass!” He asked that parishioners carry the banners during the Eucharistic processions.

While the archbishop said city officials have been “cordial and respectful” in their dialogue with the archdiocese, he added that the city still has not responded to the archdiocese’s safety plan— outlining how churches could be safely opened for indoor services— which was submitted in May.

Even while protesting the city’s apparent unequal application of health restrictions, the archbishop has encouraged his priests to lead their parishes in following the city’s guidelines, adding that “Catholics are not indifferent to the very real dangers posed by covid-19.”

In advocating for a safe reopening of indoor Masses, Cordileone has cited a recent article on Mass attendance and COVID-19, authored Aug. 19 by doctors Thomas McGovern, Deacon Timothy Flanigan, and Paul Cieslak for Real Clear Science.

By following public health guidelines, Catholic churches have largely avoided viral spread during the more than 1 million Masses that have been celebrated across the United States since the lifting of shelter-in-place orders,the doctors found.

They said in their article that there is no evidence that church services are higher risk than similar activities when guidelines are followed, and no coronavirus outbreaks have yet been linked to the celebration of the Mass.

California’s church service limits earlier this year were challenged by a Pentecostal church, which argued that houses of worship were being unfairly treated more strictly than other secular venues, including restaurants, hair salons, and retail stores.

In May, the U.S. Supreme Court sided with the state of California. In a 5-4 decision, Chief Justice John Roberts argued that the court lacks the expertise and authority to second guess the decisions of elected officials in the context of public health decisions during a pandemic.

In several other states, churches have successfully challenged restrictions against houses of worship, on the grounds that public officials were not able to justify the decision to treat them more strictly than other secular gathering venues.

In Ohio, Governor Mike DeWine signed a bill into law Sept. 16 that prevents local or state officials from shutting down houses of worship.

Analysis: China and the Vatican -...