Science Told Me To Do It 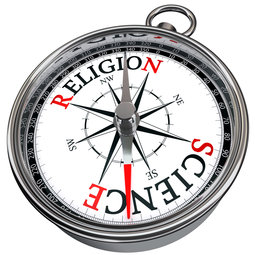 Science Told Me To Do It

Science must serve humanity — not the other way around.

In the current COVID-19 debate in America and around the world, there is an oft-repeated argument that has come to be recognized as definitive: “Science tells us to do it!”

Whether the “it” here refers to denying priests the ability to bring sacraments to dying Catholics, or keeping abortion clinics open while simultaneously shutting down mom-and-pop businesses, or publicly shaming parents who fail to mask-up their infants irrespective of choking hazard, the same principle applies. “Science tells us to do it.” Who are we to resist?

Must I point out that science doesn’t speak?

You get the idea.

To be sure, observations of various sciences can assist us in the reasoning process, but science cannot take the place of reason. While those who practice in a particular field of science may beg for our attention, reason encourages us to look at problems from many different angles.

Yes, the observations of meteorology and zoology can all make valuable contributions to the decision-making process, but — and here is the crux of the matter — so can competing fields of study. When we limit our discernment in decision-making to one discipline, we’re often denying others that deserve consideration.

When the new coronavirus came on the scene, immunologists became the most sought-after people in the world, and it was immunologists whom we followed — as though they alone had any worthwhile insight in the matter. Other fields of science that could have made insightful contributions to this discussion were ignored or silenced, with three standing out in particular: geriatrics, psychology and economics. Considering the massive numbers of elderly deaths, the skyrocketing rates of suicide, and a macroeconomy that will surely lead to death by poverty, the silencing of these particular fields of study have proven devastating.

In the midst of this ignorance, we have forgotten something else — namely, that while science cannot speak, it can be used for ends that are incredibly good or incredibly bad. In fact, “science” has often been employed to de-humanize others. Science — for all its value — cannot take the place of kindness, human decency, prudence, temperance, friendship, fortitude, justice, mercy or compassion.It is up to us humans to exercise these virtues. Sadly, we’re failing.

In particular, the abandonment of the theological virtues of faith, hope and charity is leaving us with an increasingly heartless society. Many years ago, Chekhov wrote about a society in which “everywhere a bizarre mixture of hatred of life and fear of death reigns.” Chekhov’s observation becomes glaringly applicable when we see women wearing N95 respirator masks as they enter abortion clinics. But that horrid sight, as much as anything, serves as a microcosm of where we are today.

And ready to divinize science — an abuse of science labeled “scientism” by some of last century’s clearest thinkers — because we refuse to recognize true divinity.

Science must serve humanity — not the other way around. And if we fail to use the discoveries of science to assist humanity, we should not blame science. Because it is notsciencethat will have failed.

We will only have ourselves to blame.

What Mount Everest Can Teach Us Ab...