Scots College in Rome to change location in the city 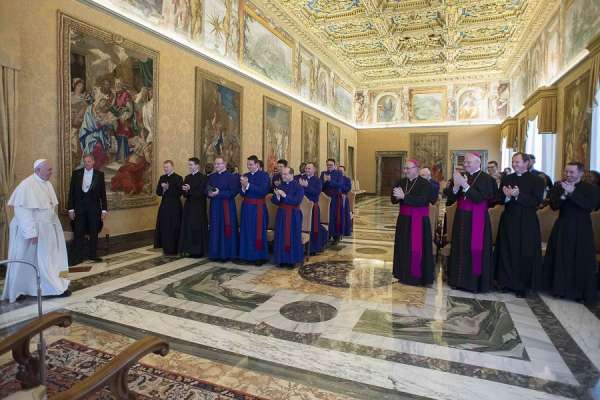 Scots College in Rome to change location in the city

Rome, Italy, Dec 7, 2020 / 09:38 am (CNA).- The Scottish seminary in Rome is looking to relocate closer to the city center next year, after determining that needed updates to the current building will not be cost-effective.

The Pontifical Scots College has been at its present location, about six miles north of Rome’s city center, since 1964. The move will be only the college’s fourth since it was founded in 1600.

According to a Dec. 5 statement from the Scotland bishops’ conference, the seminary property will be put on the market early next year and “alternative suitable and affordable premises are being considered as a matter of priority.”

The current seminary campus required upgrading which the Scottish bishops determined to be beyond the resources of the conference to pay.

About 20 students live at Scots College. Because they attend classes at pontifical universities in the center of Rome, a more central location for the college will allow them to spend less time commuting back and forth.

The bishops “concluded that the sale of the building on the Via Cassia and relocation to a more central location is the best option for the formation needs of the community and for future provision,” the bishops’ statement said.

Last weekend, the college held 40 hours of Eucharistic adoration in its chapel, according to a post on Twitter. 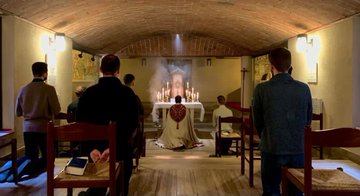 The Pontifical Scots College was earlier this year the subject of an hour-long documentary on BBC Scotland.

When “Priest School” aired on April 19 it reached the highest audience percentage for a digital channel in Scotland.

The college was founded on Dec. 5, 1600, as a place for young Scottish men to study for the priesthood while Scotland was under anti-Catholic laws.

Scots College continued to form men to serve as priests in Scotland over the next 400 years, only closing during the French invasion of Rome in 1798 and World War II.

The seminary spent the most years in a property located on Via Felice, now called Via delle Quattro Fontane, opposite the Palazzo Barberini, Italy’s main national gallery of older paintings. Scots College was there from 1604 until 1962.

Belarus to be consecrated to Mary...

Waiting for God: An Advent Meditat...