Searches carried out on key figures in Vatican financial scandal 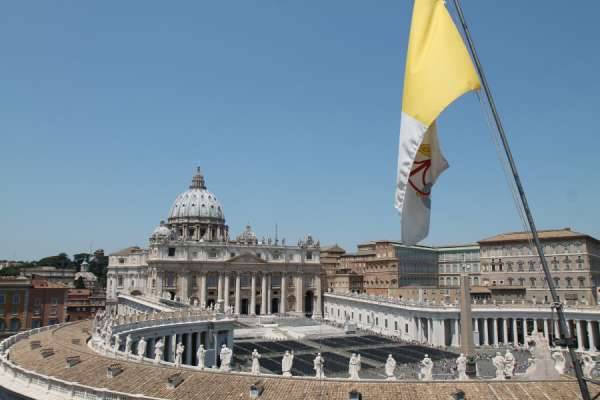 Searches carried out on key figures in Vatican financial scandal

Rome Newsroom, Nov 6, 2020 / 01:00 pm (CNA).- Rome financial police executed a search warrant this week against three figures tied to the Vatican’s London property scandal. According to Italian media reports, the warrant was issued as part of an investigation into suspicions that the three were working together to defraud the Secretariat of State.

The homes, cars, and safety deposit boxes of Raffaele Mincione, Enrico Crasso, and Fabrizio Tirabassi were reportedly raided on the order of a Rome judge on Thursday, as part of the Vatican investigation into alleged fraud, money laundering, and extortion in connection to a luxury property development.

A spokesman for Mincione confirmed to CNA that the warrant had been served at offices of Mincione’s company WRM, and said that the action was part of the same court action taken in July, in which Italian state police seized phones and tablets from Mincione in a Rome hotel.

A statement from Mincione’s lawyer, released to CNA Thursday, said that “Raffaele Mincione confirms that yesterday [Nov. 5] the activity requested by the authorities of the Holy See for the acquisition of documents and information continued.”

“Mr Mincione cooperated fully and beyond what was requested,” the lawyer’s statement said, and Mincione remains confident that the investigation “will confirm the lack of involvement [of Mincione] with respect to what may be envisaged by the authorities of the Holy See.”

According to the Italian news agency Adnkronos, the offices of three companies connected to Mincione, Crasso, and Tirabassi in Rome, Milan, and Genoa also searched.

Part of the intention of the search was to find information “useful for reconstructing and ascertaining the relationships that the suspects had between them and with the Secretariat of State,” the search order said, AdnKronos reported.

At the center of the investigation by Vatican prosecutors is the secretariat’s purchase of a building at 60 Sloane Avenue in London, which was bought in stages, between 2014 and 2018 from Mincione, who at the time was managing hundreds of millions of euros of secretariat funds.

As the Vatican cut ties with Mincione, the final stage of the sale was brokered by another London-based Italian businessman, Gianluigi Torzi, which he did using his own Luxembourg holding company, Gutt SA, as a pass-through.

CNA reported in May that, in November 2018, Fabrizio Tirabassi, a lay official at the Secretariat of State, was appointed a director of Gutt SA.

Tiribassi was suspended from his position following raids by Vatican investigators on offices in the Secretariat of State, carried out in October last year. According to this week’s search order, the Vatican is reportedly investigating the relationship between Tirabassi, Crasso, and Mincione.

The Italian newspaper La Repubblica reported Nov. 6 that part of the search warrant said that Vatican investigators had witness testimony that money from the Secretariat of State was passed through a Dubai-based company by Mincione before being paid out to Crasso and Tirabassi as commissions for the London building deal.

According to La Repubblica, a witness testimony in the search decree also reportedly said that there was an “axis” of understanding between Tirabassi and Crasso, in which Tirabassi, a secretariat official, would get a kickback for “directing” secretariat investments certain ways.

The search warrant also reportedly included financial consultant Filippo Notarcola and Renato Giovannini, dean of the Faculty of Law and a professor of finance at a Rome university, who are suspected of mediating certain transactions related to the London property.

According to Adnkronos, Vatican investigators are looking into whether Giovannini was a go-between for the Secretariat of State and Torzi.

The search order, written by Rome judge Maria Teresa Gerace, also reportedly said that there was an “imminent danger that things or traces of the crime will be dispersed” and it was “likely that relevant documentation for the prosecution of the investigation will be concealed.”

Last month, an Italian newsweekly said it had obtained a document in which Vatican investigators focused on the activities of Enrico Crasso, an Italian-born Swiss citizen, as a central figure in the ongoing financial scandal.

The letter rogatory — a formal request from courts in one country to the courts of another country for judicial assistance — was reported on by L’Espresso. CNA has not verified the document’s authenticity.

The investigators reportedly said that their hypothesis was that links between various figures inside and outside the Secretariat of State might amount “to the crime of criminal association to the detriment of the Holy See.”

L’Espresso reported that Crasso appeared to be a pivotal figure in that framework.

Crasso, a former banker at Credit Suisse, is the manager of the Centurion Global Fund, in which the Holy See is the principal investor. He began working with the Vatican in 1993. It was Crasso who introduced Mincione to the Secretariat of State as an investment manager for Vatican funds.

According to L’Espresso, investigators alleged that Crasso repeatedly “contributed to using funds other than institutional funds and for unprofitable speculative investments.” They also reportedly highlighted “an evident conflict of interest and a possible risk of fraud to the detriment of the Secretariat of State.”

“It has not been possible to reconstruct the total commissions collected by him for his activity,” the investigators reportedly told Swiss authorities.

The Vatican announced Thursday that Pope Francis had requested that responsibility for financial funds and real estate assets be transferred out of the Vatican’s Secretariat of State.

The pope asked for the management and administration of the funds and investments to be given instead to APSA, which functions as the Holy See treasury and sovereign wealth manager, and also administers payroll and operating expenses for Vatican City.

Pope Francis’ decision was outlined in an Aug. 25 letter to Cardinal Pietro Parolin. In the letter, made public Nov. 5, the pope asked for “particular attention” to be paid to two specific financial matters: “investments made in London” and the Centurion Global investment fund.

Pope Francis requested that the Vatican “exit as soon as possible” from the investments, or “at least dispose of them in such a way as to eliminate all reputational risks.”

Order of Malta to Press Ahead on E...