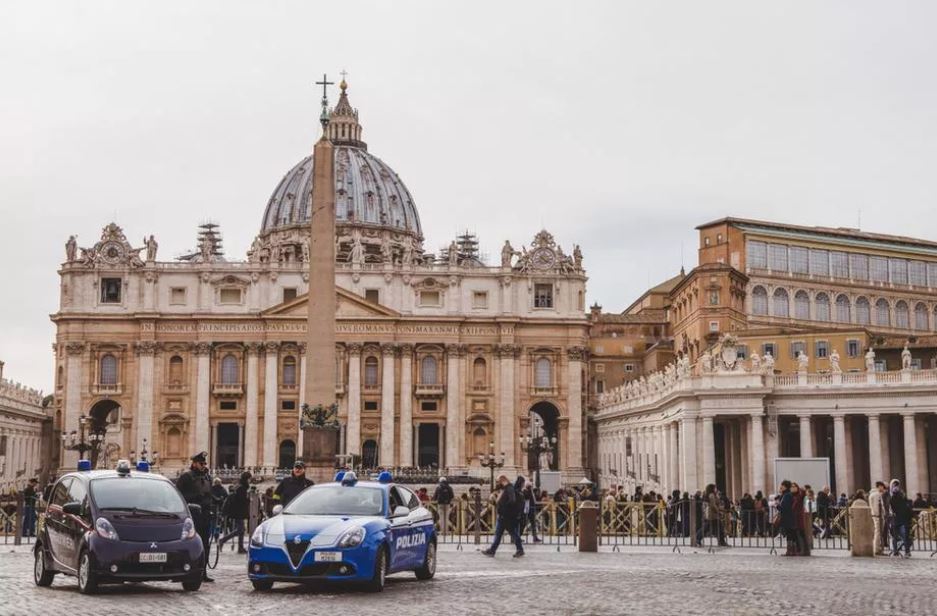 Earlier this month, it was reported that Cecilia Marogna had received more than 500,000 euros from the Holy See’s Secretariat of State under the direction of its former sostituto Cardinal Angelo Becciu.

The woman at the center of a Vatican financial scandal involving Cardinal Angelo Becciu has been arrested, according to Italian media reports.

Several Italian news outlets have reported that Cecilia Marogna was held by Italian financial authorities on Tuesday evening in Milan on an international warrant issued by the Vatican through Interpol.

CNA has not independently corroborated reports that Vatican investigators issued the arrest warrant.

Earlier this month, it was reported that Marogna had received more than 500,000 euros from the Holy See’s Secretariat of State under the direction of its former sostituto Cardinal Angelo Becciu.

Cardinal Becciu has been accused of using Marogna to build “off-books” intelligence networks.

The allegations were first presented on Oct. 5 on the Italian TV programLe Iene, which claimed to have documents showing that the Secretariat of State had given half a million euros to Marogna’s Slovenian company and that she had “a relationship of trust” with Becciu.

In subsequent interviews with the press, 39-year old Marogna, who is also from Cardinal Becciu’s native Sardinia, denied any inappropriate or familial relationship with Cardinal Becciu.

Le Ienealso claimed to have documents showing that Marogna used the Vatican money to buy expensive Prada and Chanel handbags, as well as other luxury goods.

In an interview with Italian dailyDomaniOct. 6, Marogna said she was only being criticized “because I do my job well and I always maintain discretion and confidentiality.”

There are discrepancies over whether Margona’s Slovenian company was paid 500,000 or 600,000 euros by the Secretariat, but she has stated that the money all went to her Vatican consultancy work and her salary; expensive gifts, such as trips or purses, she said, “were used to create cooperative relationships.”

Last week, Marogna told theCorriere della Serathat she met Cardinal Becciu after sending him an email in 2015 to see if he agreed with her analysis of security problems at Vatican nunciatures. In a different interview she said she knew he had previously been the nuncio to Angola.

The then-sostituto of the Secretariat of State reportedly met with her at the Vatican for an hour and a half and “a relationship of esteem was born that resulted in an operational collaboration,” she said.

Cardinal Becciu served assostituto, or second-ranking official at the Secretariat of State, from 2011 to 2018, when Pope Francis named him a cardinal and moved him to the Congregation for the Causes of the Saints.

On Sept. 24, the Holy See announced that Pope Francis had accepted Cardinal Becciu’sresignationfrom the rights and privileges as a cardinal, and from his curial office.

Becciu has been linked to a number of financial scandals, most notably the Secretariat’s investment of hundreds of millions of euros with the Italian businessmanRafaelle Mincioneand the controversial purchase of a London building.

Becciu was also involved in a complicated series of events and financial transactions around the purchase of the Istituto Dermopatico dell’Immacolata (IDI), an Italian hospital that collapsed in 2013 under 800 million euros of debt through theft and fraud.

Marogna is the second Italian national to be arrested in connection with Vatican finances. In June, Vatican authoritiesarrestedGianluigi Torzi on charges of extortion and money laundering over his role in broked the secretariat’s purchase of the London building from Mincione.

In July, Mincione was served with a search and seizure warrant by Italian authorities in Rome, thewarrantwas issued by an Italian magistrate after a request from the Vatican’s office of the Promoter of Justice.