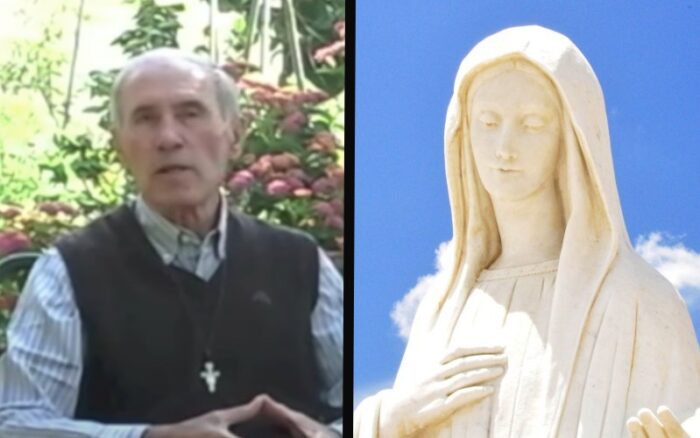 An Italian diocese announced the excommunication of a former spiritual director for six alleged Medjugorje visionaries in a recent press release.

The Diocese of Brescia, Italy announced that the Vatican’s Congregation for the Doctrine of the Faith excommunicated former Franciscan priest Tomislav Vlasic on July 15.

He was laicized in 2009 after accusations of “teaching false doctrine, manipulating consciences, disobeying ecclesiastical authority, and of committing acts of sexual misconduct.”

The official announcement states that Vlasic continued celebrating sacraments and disobeying Diocesan orders, even after his laicization.

“In all these years, in the Diocese of Brescia and in other places, he continued carrying out apostolic activities towards individuals and groups, both through conferences and by computer means; continued to declare himself religious and priest of the Catholic Church, simulating the celebration of invalid sacraments; continued to cause serious scandal among the faithful, carrying out acts seriously damaging to ecclesial communion and obedience to the Authority ecclesiastical,” the translated press release reads.

“Because of this penalty of excommunication, Mr. Vlašić is prohibited from taking part in any way as a minister at the celebration of the Eucharist or any other worship ceremony public, to celebrate sacraments or sacramentals and to receive the sacraments, to exercise functions in any offices or ministries or ecclesiastical offices, or to establish acts of government.

“In the event that Mr. Vlašić intended to take part in the celebration of the Eucharist or in any act of public worship, he must be dismissed or the liturgical action must be interrupted if a grave cause is not opposed.”

Here’s the announcement below:

The alleged apparitions remain a controversy in the church since first beginning in 1981. Six children claimed to see the Virgin Mary Medjugorje, Bosnia, whose message was prayer, fasting, and conversion.

Pope Francis seemed to indicate in these 2017 statements he was open to the idea that Mary really did visit the children, but he also cited a Vatican report saying the matter “must continue being studied.”

But unlike Fatima, the Medjugorje visionaries say they have been visited by Mary on a regular schedule ever since, even in front of crowds. It’s this ongoing claim of private messages over the course of nearly four decades of which Pope Francis is skeptical.

The Church has not yet approved or rejected the alleged seers claims.

Mary, Mother of the Church, please pray for us!