Sister Mary of the Rosary, OP: ‘The Little Flower of Alabama’ 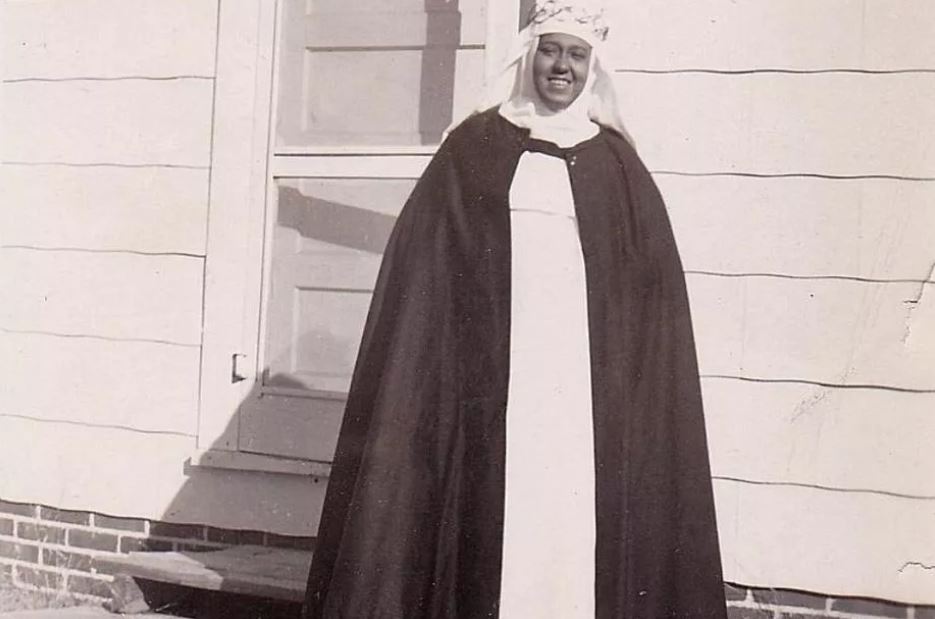 Sister Mary of the Rosary, OP: ‘The Little Flower of Alabama’

When she entered the Dominican cloister, Lalia Jones said that she wanted to become a nun ‘like the Little Flower.’

The spirituality of St. Thérèse of Lisieux, the Little Flower, is so profound and timeless that Pope St. John Paul II named her a doctor of the Church a 100 years after her death. The Little Flower inspired Catholics all over the world to adopt her spirituality of undertaking little acts with heroic love. Yet in 1945, in America’s Bible Belt, it was a young African-American Protestant whose life was transformed by the wisdom of a cloistered French nun.

Lalia Ilivia Jones was born in 1925 in Chicago to a Methodist household on the south side of the city. According to the testimony of Dominican Mother Mary of the Precious Blood, Lalia’s mother was devout and instilled in her daughter the love of God and a desire for virtue. When she was a young girl, still in primary school, God began to place very specific desires in Lalia’s heart. She would attend the Methodist service with her mother, but Lalia longed for greater silence. Her mother obliged her young child’s holy desire and began to take Lalia to visit different churches. The pair stumbled upon St. Anselm, a Catholic church in their own neighborhood.

Raised Methodist, Lalia became Catholic when she was 18.(Photo: Courtesy of the Dominican Nuns of Marbury)

According to St. Anselm’s historical narrative, in 1932, the Archdiocese of Chicago invited the Society of the Divine Word religious order to care for the parish with thespecific directive: “Provide for the needs of all the people in the parish, irrespective of color.” The Holy Spirit was preparing the way for Lalia to be welcomed into a church community when American society at large was still persecuting Black Americans in the public sphere. St. Anselm very quickly became a vibrant black Catholic community, and the Sisters of the Blessed Sacrament were invited to instruct students in the parochial school. The school community more than doubled from 200 to 500 students enrolled.

When Lalia and her mother arrived at St. Anselm, her mother had the wisdom to prepare her daughter for Mass. She explained, “This church is different. You have to be quiet in here.” Although she was Methodist, Mrs. Jones had a close friend who was Catholic. She knew that the Mass would provide the silence and reverence for which her daughter was longing. But she also knew that the liturgy would be a different experience for a small child, so she wanted to be sure Lalia was ready. They entered the church during a solemn high Mass, and Lalia knew she had found her home.

Lalia begged her mother to become Catholic right away. But again in her wisdom, Mrs. Jones wanted her daughter to make a more informed decision once she had reached the age of reason. Nonetheless, she was supportive of her daughter’s desire, and she did agree to enroll Lalia in St. Anselm School. Lalia loved the Sisters of the Blessed Sacrament, and she spent as much time with the sisters as possible, even staying after school.

As she grew older, Lalia discovered that she would rather sleep in than attend church on Sunday morning. But her mother immediately intervened and reminded Lalia of her holy desire to become Catholic one day. Lalia was still connected to the sisters she grew up with, so she was instructed in the faith by the Sisters of the Blessed Sacrament. Although she was officially under instruction, Lalia was still battling adolescent immaturity. Perhaps this is why she was attracted to the Little Flower, who also had to battle adolescence before she would blossom in her vocation. InStory of a Soul, St. Thérèse revealed, “I ought not to rejoice in my dryness of soul, but rather attribute it to my want of fervour and fidelity. That I fall asleep so often during meditation, and thanksgiving after Communion, should distress me.” Yet Thérèse was not distressed because she was confident that God would respond to her imperfections with the love and understanding of an affectionate father.

For Lalia, it was her school activities that were becoming an obstacle to the completion of her religiouseducation. Once again, Mrs. Jones intervened and reminded her daughter that a woman of virtue must complete the holy work she had begun. On January 30, 1944, at the age of 18, Lalia Jones was finally received into full communion with the Catholic Church. She was baptized with the name Theresa, taking the Little Flower as her patron saint.

After her baptism, God prepared a new home for Lalia in a region where she would least expect it: the Heart of Dixie. On Aug. 17, 1944, the Dominican Monastery of St. Jude was founded with the explicit purpose of establishing an interracial community of women religious praying the perpetual Rosary. The new community was featured inThe Colored Harvest, the Josephine magazine dedicated to the evangelization of Black Americans. A friend showed Lalia the magazine, and on Nov. 15, 1944, she wrote to the Dominican Nuns of Marbury: “I have always been interested in contemplative life but there hasn’t been or I don’t know of any cloistered order for colored girls.” At this moment in history, the United States was deeply segregated. The most violent and oppressive forms of prejudice were manifest in the Jim Crow South. Nevertheless, God often chooses the areas most in need of his grace to demonstrate that human weakness is no obstacle to his holy will.

On March 25, 1945, Lalia traveled to Marbury, Alabama, with her mother and entered the Dominican Monastery of St. Jude, more than 700 miles away from her home in Chicago. Lalia took the religious name Sister Mary of the Rosary. The Rosary nourished her faith before she was formally received in the Catholic Church, and, faithful to the Dominican charism and the foundation of the Marbury nuns, the perpetual recitation of the Rosary would become central to Sister Mary’s life and ministry.

Lalia, shown at right, took St. Thérèse, the Little Flower, as her patron saint when she became Catholic and followed in her footsteps to the convent.(Photo: Courtesy of the Dominican Nuns of Marbury)

When she entered the Dominican cloister, Lalia Jones said that she wanted to become a nun “like the Little Flower.” Thus a young woman who was born a Protestant in Chicago followed the footsteps of a 19th-century French nun to a cloister. Like St. Thérèse, Lalia was given the gift of piety as a young child, but had to overcome the temptations of adolescence. The Little Flower relied on the guidance of her father and sisters, and, likewise, Lalia would not have completed her religious education without the prompting of her mother. Finally, the grace of baptism in Lalia’s soul blossomed into a life dedicated to the virtues of poverty, chastity and obedience.

She passed away peacefully on Aug. 24, 2015. Sister Mary of the Rosary lived 70 years of religious life hidden away in a cloister in the Deep South, thus becoming Alabama’s own “Little Flower.”