Sister Plautilla Nelli, the Forgotten Woman Painter of the Renaissance 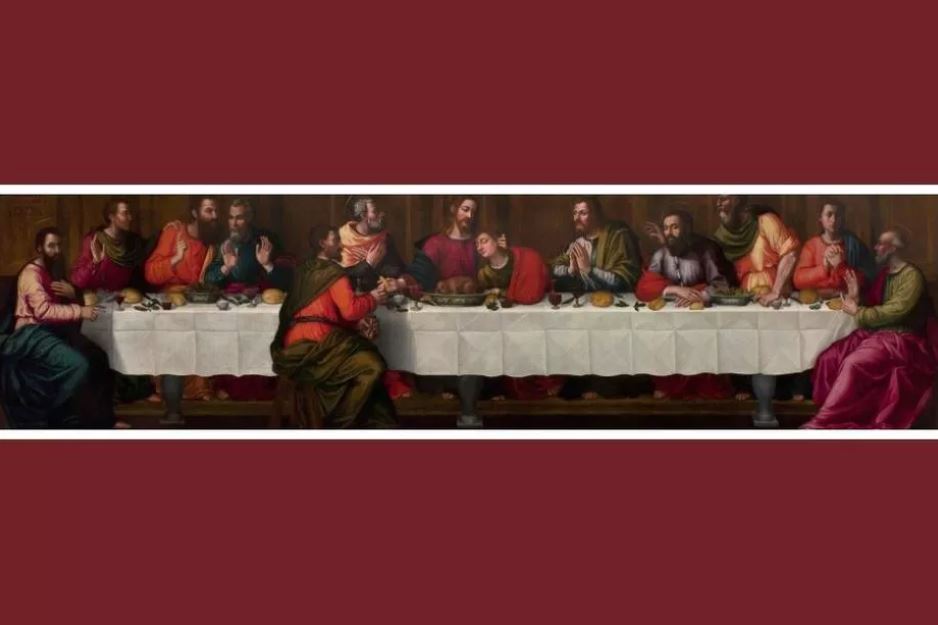 Sister Plautilla Nelli, the Forgotten Woman Painter of the Renaissance

After centuries of oblivion, the Dominican nun was recently brought back to light thanks to the restoration of her monumental Last Supper painting at the Basilica of Santa Maria Novella in Florence.

She is the first woman to be mentioned by artist and historianGiorgio Vasariin his famousLives of the Most Excellent Painters(1568). Sister Plautilla Nelli, a Dominican nun who spent her religious life in the convent of St. Catherine of Siena in Florence, Italy, is also considered the first woman painter of her glorious hometown’s history.

Born in 1524, she took the veil at the age of 14 and learned to paint autonomously, mostly by copying Dominican painterFra Bartolomeo’s work, whose Classicism style was directly inspired by famous Florentine Renaissance preacherGirolamo Savonarola, who actively promoted a Christian renewal through culture.

Sister Plautilla, whose talent blossomed from her early years, rapidly created an artistic workshop within her convent — of which she became prioress — and taught the nuns of her community to paint, as well as other arts like illumination and ceramics.

This all-feminine teamwork, mostly designed to express the community’s devotion to St. Catherine of Siena, also enabled them to earn a living by selling religious artworks to aristocratic Florentine families.

Sister Plautilla’s fame didn’t stop spreading until her death, in 1588. While Vasari himself praised the skill of her hand, which often surpassed the masters she was imitating, it is specifically the female dimension of her art that attracted the attention of her peers.

Indeed, in addition to being a self-taught artist, as a cloistered nun, she used the nuns of her community as models for the representation of saints, as Dominican art historian Vincenzo Fortunato Marchese recounted inMemorie dei più insigni pittori, scultori e architetti domenicani(Memories of the Most Distinguished Dominican Painters, Sculptors and Architects, 1845).

Thus, the characters that populate her paintings, whether they are male or female, have all the same special grace in their features and figures, which confers on her artworks a recognizable purity.

The strength of emotions in Sister Plautilla’s art is evident in this Marian image titled ‘Pained Madonna.’(Photo: Public domain/Wikimedia Commons)

Sister Plautilla herself often paid tribute to womanhood through her portraits of St. Catherine of Siena, who would appear with a tear on her cheek, to illustrate women’s special ability to empathize with the passion of Christ.

She left behind a valuable collection of devotional paintings, most of which got lost or destroyed over the centuries. Only a few of them, kept in Dominican churches, have survived.

Among her most notable works still accessible to visitors today areLamentation With Saints(restored in 2006 and housed at the Museo Nazionale di San Marco in Florence),Pentecost(on display at the Church of St. Dominic in Perugia) andThe Last Supper, a monumental work restored in 2019 that represents the culmination of her art.

‘Lamentation With Saints’ can be viewed at the Museo Nazionale di San Marco in Florence, Italy.(Photo: Public domain/Wikimedia Commons)

Achieved in her late 30s, in 1560,The Last Supperis a painting — measuring 22 feet by 7 feet — staging the very moment when Christ revealed to his disciples that he will be betrayed.

“This is a huge work whose life-size figures populate the canvas, as if on a stage,” Silvia Colucci, curator of the Santa Maria Novella Museum, where the painting is housed, said in a promotionalvideoon the occasion of the presentation of the newly restored masterpiece. “She features some very striking details, like the saints’ feet under the food-laden table and their hands, whose gestures convey their mood and reflect their facial expressions.”

The realistic features can be seen in this detailed look at ‘The Last Supper’ by Sister Plautilla.(Photo: Public domain/Wikimedia Commons)

The strength of the emotions showing through the artwork reveals the extent of her craftmanship, enhanced by her feminine reflection of this major Gospel account. In particular, the deep tenderness one can read on Jesus’ face, while cradling John, beautifully illustrates the revolution of love and mercy that Christ was about to initiate through his salvific sacrifice. The blood of his passion is reflected both by his tunic and the glass of wine, as a symbol of the Eucharist.

“Plautilla has a very powerful painting style. She uses wide, imposing brushstrokes,” Rossella Lari, the conservator in charge of the recent restoration work, said in the same video. “Her attention to detail emerged, even towards the human body, for example: The tendons in the saints’ hands emerged, their veins and fingernails.”

The restored painting, which required four years of work, is on display in the old refectory of the Santa Maria Novella Museum.

To this day, Plautilla is still considered the only woman of the modern era to have painted the Last Supper. The recent rediscovery of her artistic legacy, thanks to the restoration of her greatest works, took her out of centuries of oblivion and could make her the subject of new historical research and cultural events in the coming years.