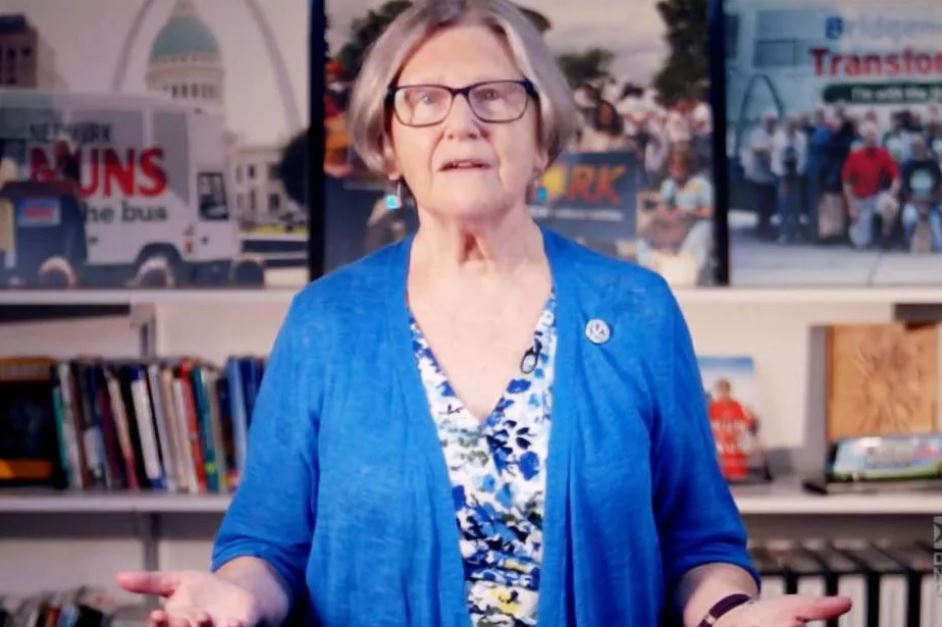 The Sister of Social Service and founder of the political lobby Group Network dodges vocal support for Catholic teaching on abortion while using the same issue as a litmus test to oppose Amy Coney Barrett.

Sister Simone Campbell of “Nuns on the Bus” notoriety is back in the news again this election cycle, even though her trademark luxury bus is missing in action.

Network’s rationale for this shameless politicization of the Holy Father is that Catholics must vote for the candidate who is strongest on all the life issues, not just a “single issue” — which is not named, but of course is abortion.

The website proclaims: “The sacred issues the Pope asks us to bring into the voting booth include protecting people in poverty, the elderly, and migrants and rejecting racism.”

These are important issues indeed, but Pope Francis has been clear that abortion actually destroys a human life. Inresponse to a questionabout the Zika virus in 2016, he stressed that “abortion is not the lesser of two evils. It is a crime. It is to kill someone in order to save another. This is what the Mafia does. It is a crime, an absolute evil.”

The irony of this new Network program that pretends to “defend, promote, and protect the sacredness of human life” is that Sister Simone has twisted herself into knots over the years dodging the abortion issue that always has been omitted from the “Nuns on the Bus” crusades for “faith, family and fairness.”

She and her allies were praised by Democratic leaders likeNancy Pelosifor helping to convince Catholic members of Congress to support the 2010 Affordable Care Act (Obamacare) even though the U.S. bishops had correctly warned that the law would fund abortion.

Sister Simone and Network have been cheerleaders for the Democratic Party ever since, nurturing connections with pro-abortion, anti-family and anti-Catholic groups for years. Among the groups joining Network to sponsor the 2015 filmRadical Grace, which featured Sister Simone’s “Nuns on the Bus” tours were Call to Action, Women’s Ordination Conference, National Organization of Women, Future Church, Women-Church Convergence and the Center for American Progress — all groups that diverge from Church teaching on moral issues such as abortion and gender ideology.

In spite of such radical partners, Sister Simone continues to portray herself as pro-life and faithful to the Church’s teachings. However, she still refuses to voice support for legal protection of the unborn, even when the2020 Democratic platformpledges to preserve abortion access, remove conscience protection from individuals and institutions and overturn the Hyde Amendment that prohibits federal funding of abortion.

In an Aug. 19interviewwith Catholic News Agency, Sister Simone was asked about Network’s position on legal protection for the unborn.

“That is not our issue. That is not it. It is above my pay grade,” she replied. “It’s not the issue that we work on. I’m a lawyer. I would have to study it more intensely than I have.”

How strange that a religious sister who boasts of a law degree and goes about the country preaching social justice has never taken the time to consider whether the millions of aborted children since the 1973Roe v. Wadedecision were worthy of legal protection.

Sister Simone took a similar stance in a Sept. 25radio interviewwith Dom Giordano on WPHT Talk Radio in Philadelphia. When Giordano suggested that the life issue dwarfs other social justice issues, she told him that “caring for the unborn is really about caring for pregnant women.”

When he asked about Democrat presidential candidate Joe Biden’s reversal on supporting the Hyde Amendment, she replied, “For me, the demand of embracing all of life is so much more powerful than the choice about a payment method.”

Giordano pressed on, asking if she was “appalled” at what the Democratic Party had become, with some members even debating whether to provide care to a baby who survives an abortion. Sister Simone replied that she had not heard about such discussions.

Nor did she want to respond to Giordano’s question about the potential appointment of Judge Amy Coney Barrett to the Supreme Court. Sister Simone said she had “just begun reviewing” the five candidates, and that it was important “for all judges to be rooted in a value tradition,” noting that Justice Ruth Bader Ginsburg upheld the dignity of all persons.

“I want to look at her decisions rather than where she goes to Mass,” Sister Simone told him.

That same afternoon of Sept. 25, news broke that President Trump would nominate Barrett for the Supreme Court, and Network quickly produceda press releasedeclaring that Barrett’s decisions on the Seventh Circuit Court of Appeals “prove that she does not hold all life to be sacred, as we are instructed to do by Catholic Social Teaching and Pope Francis.”

She went on to contend — without presenting any evidence — that “Barrett voted to allow employment discriminations against the elderly, attacked the protections of the Affordable Care Act, and even tried to uphold the wrongful conviction of a man based on faulty evidence.”

And then Sister Simone revealed what was really on her mind — abortion — claiming that Judge Barrett “does not hold the basic principle ofstare decisis” (a policy of courts to generally accept previous decisions, but open to exceptions). She hammered home her point:“As a Catholic Sister, let me be clear: Catholics will not be bought off by a predetermined vote against Roe v. Wade.”

So, after all her self-righteous invocations of Pope Francis, Sister Simone has shown her true agenda. And she has revealed her own lack of integrity by claiming in the morning that she hasn’t studied the decisions of Amy Coney Barrett and then just a few hours later declaring Barrett to be unworthy of a Supreme Court appointment.

It is particularly galling that Sister Simone continues to portray herself as a Catholic sister who promotes the pro-life, pro-family teachings of Pope Francis and the Catholic Church, while at the same time she works relentlessly to undermine those very teachings by ignoring what the Holy Father has called “the absolute evil” of abortion.

Order of the Holy Sepulchre Sends...

Biden doubles down on abortion law...