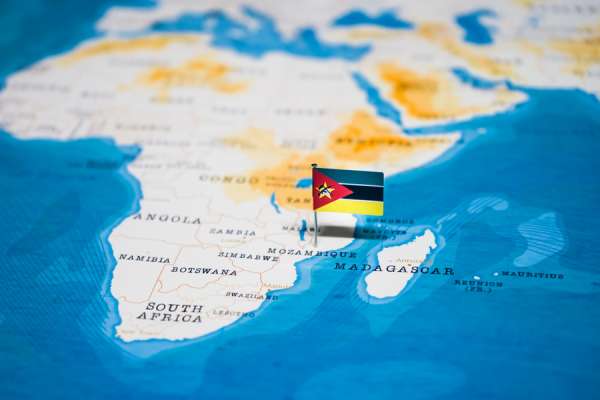 CNA Staff, Nov 17, 2020 / 09:00 am (CNA).- The United Nations human rights commissioner has called for international attention and aid in Mozambique in response to an escalating series of attacks by Islamist militant groups.

“The situation is desperate both for those trapped in conflict-affected areas, with barely any means of surviving, and for those displaced across the province and beyond,” United Nations High Commissioner for Human Rights Michelle Bachelet said in a statement released on Friday, November 13.

“Those who remain have been left deprived of basic necessities and are at risk of being killed, sexually abused, kidnapped, or forcibly recruited by armed groups. Those that flee may die trying,” she said.

Local media in Mozambique reported that Islamist militants carried out executions on a soccer field in the village of Muidumbe, in the country’s Cabo Delgado province, in late October into November. An estimated 50 people were beheaded.

The United Nations earlier called on Mozambique on Nov. 10 to investigate the reports of massacres and the beheading of women and children in the region.

Extremist violence has escalated this year in the province in northern Mozambique, where multiple churches have been burnt, people beheaded, young girls kidnapped, and hundreds of thousands of people displaced by the violence.

Bachelet said it was “paramount” that authorities in Mozambique “ensure the protection of civilians inside and outside the conflict-affected areas and that humanitarian agencies are guaranteed safe, unhindered access to deliver life-saving assistance and protection.”

In addition to the ongoing COVID-19 pandemic, Mozambique is currently experiencing an outbreak of cholera.

Bachelet called for “All alleged violations and abuses of international human rights law and international humanitarian law committed by the armed groups and security forces” to be investigated “thoroughly, independently and transparently” by “competent authorities.”

“Those responsible must be held to account,” she said.

More than 1,000 people have been killed in attacks in northern Mozambique since 2017, according to the Center for Strategic and International Studies. Some of these attacks have

been claimed by the Islamic State, while others have been carried out by the homegrown Ahlu Sunna Wal group, which has been kidnapping men and women.

During Holy Week this year, insurgents perpetrated attacks on seven towns and villages in Cabo Delgado province, burning down a church on Good Friday, and killing 52 young people who refused to join the terrorist group, Bishop Luiz Fernando Lisboa of Pemba, Mozambique, told Aid to the Church in Need.

The Pemba bishop noted in April that extremists had already burned five or six local chapels, as well as some mosques. He said that the historic Sacred Heart of Jesus mission in Nangolo was also attacked this year.

In June, there were reports that insurgents had beheaded 15 people in a week. Yet the bishop said that the crisis in Mozambique had been largely met with “indifference” from the rest of the world.