Some Thoughts on the New Urbanism 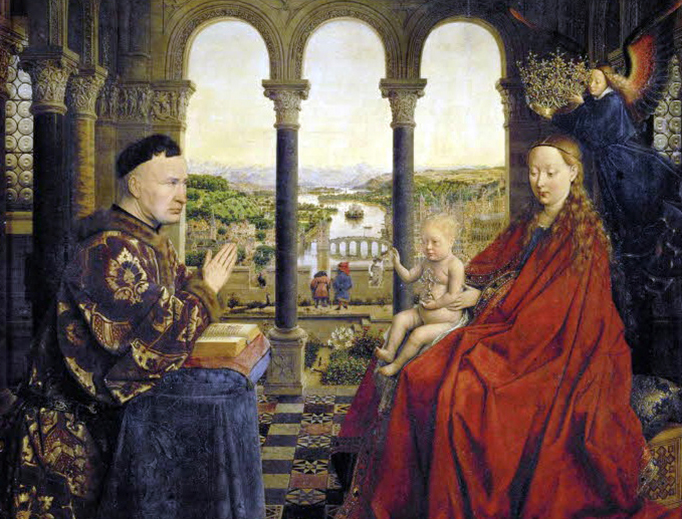 Some Thoughts on the New Urbanism

Can the “new urbanism” help foster a more human and humane life?

One of the pleasures of reviewing books forThe National Catholic Registeris that it often introduces me to subjects about which I might not otherwise read. Case-in-point: about 15 years ago, I reviewed Philip Bess’sTill We Have Built Jerusalem: Architecture, Urbanism, and the Sacredwhich introduced me to a movement I had not heard about, “the new urbanism.”

The “new urbanism” questions many of the prevailing assumptions of how Americans have built their cities and arranged their living spaces since World War II. Put simply, the new urbanism wants to recover the model of the “livable city” and the “walkable community,” a living space where people actually live. (Consider the neologism that grew up in the 1960s to describe suburbs to which people returned from work primarily to sleep: “bedroom communities”).

The postwar housing and automobile booms had a number of effects we still live with. Automobiles (and the Eisenhower interstate highway system that followed in the 1950s) made possible living at a distance from work, shopping, and church. It created the “suburbs” and helped make it an American dream. Postwar housing and mortgage subsidies also promoted the suburban “Cape Cod” or “ranch” home-of-one’s-own.

While the suburban exodus promised a “better life,” it came at a price. Public transportation networks either declined or were never built. One hundred fifty years ago, Americans celebrated the “unification of the continent” by driving a golden spike into the ground in Utah to join the first transcontinental railroad. 150 years later, American railroads are a ghost of what they once were, with even transportation of good shifted to trucks.

Cities emptied out and became economically stratified: the very poor and the very rich stayed in the inner city, while the middle class left, sometimes out of racial motives.

Perhaps most importantly, the “human size” of American living spaces was increasingly lost and, with it, arguably the human character of living. The idea of a “neighborhood” — a coherent and walkable community that offered a place to live, a place to work, and a place to shop — disappeared. Instead of being semi-contained and semi-comprehensive, American life became increasingly parcelized: one lives here, works there, and shops over there. If you need to be convinced, ask yourself: how many Americans can walk to a “neighborhood store” where they can buy the basic foodstuffs for a normal meal on a regular night?

There are plenty of forces that benefit from the current configuration of American living. That said, those concerned with the social dimension of human life might want to rethink some of those decisions and perhaps temper some of those forces.

Is one reason for the decline of America’s cities the fact that its economic diversity has been hollowed out? Is one reason for our polarization the fact that the poor, the rich, and the middle rarely live in regular contact with each other? Is one reason all our lives are increasingly atomized (and stressed) is that, in the name of the “good life,” we have compartmentalized different aspects of our living in geographically different places, relying on transportation (that strikes up against an overtaxed infrastructure) to hold those pieces together?

The “new urbanism” occasionally flares into public view. One aspect of its ideas has been the abolition of “single-family zoning” in suburbs. Predictably,laissez-fairecapitalists (who often have benefitted from suburban sprawl and automotive-dependent transportation) have characterized the idea as an assault on the American lifestyle, an attempt to“abolish the suburbs.”Asocial conservative writerover atThe American Conservative(a congenial hangout for new urbanists) shot back, arguing that the idea was hardly the Jacobin assault its opponent painted it to be.

What’s the issue? Simply put: can you build anything except a single family house in most American suburbs?

The answer is, generally, no.

This author currently lives in northern Virginia, one of the highest-priced real estate markets in America. High prices are in part compounded by the region’s underdeveloped public transportation system and the impact of the federal government (there is never a lack of demand for housing). But one thing this New Jersey boy discovered, upon arriving in metro D.C., is its very homogenous housing: either you live in an apartment or a single family housing. The kind of housing he was familiar with in New Jersey — two-family houses or duplexes — largely does not exist here and largely because local zoning rules keep it that way.

Which is paradoxical, because while many of the people who live here pride themselves on their social justice-plus credentials and some even wring their hands about the “lack of affordable housing” in their jurisdiction, they seem quite content to leaving in place zoning whose impact is quite an effective form of economic segregation. One town touts itself as the “Little City” and, indeed, part of its attractiveness is that you can go to a store, a restaurant, or church on foot. That’s not true in many neighboring towns. In the meantime, don’t hit the Beltway, I-395, or Route 7 or 50 on a weekend, because you’ll sit in traffic on the way to buying groceries or anything else.

If suburban housing possibilities were more diverse (i.e., if they were not artificially constrained by zoning rules) would we perhaps recover more livableneighborhoods, communitieswhere people actuallylivedrather than justresided?

There are, of course, other factors that contribute to our general patterns of social alienation. Since graduate school, I’ll admit to living four times in apartment buildings and, in most instances, I knew few, if any, of my neighbors. Work schedules also reinforce that isolation.

But the question Catholics interested in social thought might want to ask themselves is: isthisthe “good life?” Or does thatmaterialaffluence abet, if not even require, a tradeoff in itshumanimpoverishment?

Whatisthe job of Catholic social thought is to ask “big picture” questions, questions like whether a particular set of arrangements actually fosters integral human flourishing? Does this way of living enrich human beings? Does it impoverish them? Or does it do both, and are the tradeoffs worth it?

Recognizing that a certain mentality will try to resolve the issue by saying “to each his own,” Catholic social justice thought also reminds us of an overlooked (and not optional) element: the common good. Our social arrangements are not merely self-sustaining. They are supported by legal structures (e.g., zoning) and financial tools (e.g., tax policies, housing and mortgage subsidies), etc. As such, it’s simplistic to pretend “to each his own” when each does his own thing on a socially guaranteed and supported playing field. That playing field involves “the common good” — and that’s where Catholic social justice thought makes a legitimate contribution.

Perhaps the new urbanism can help.